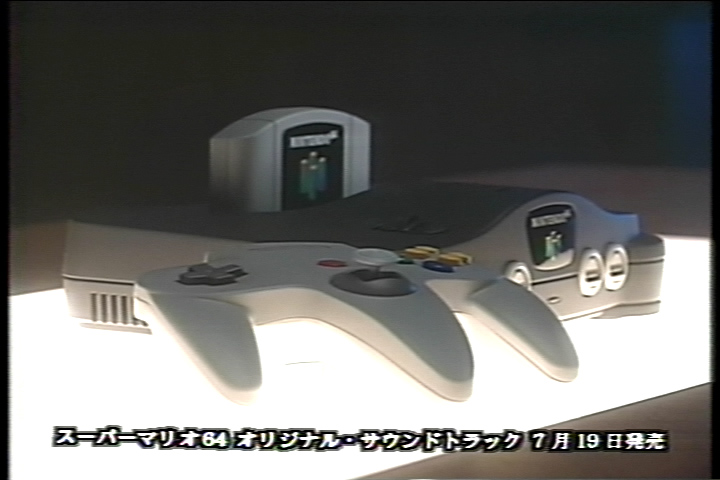 Getting hold of pre-release N64 game footage during the console’s early days wasn’t a straightforward task. Before high-speed internet access, most people’s only option was to peruse static screenshots in game magazines.

Nintendo created this video to promote the release of the Super Mario 64 soundtrack in Japan. However, it also includes beta footage for a number of other N64 games, including Star Fox 64, Mario Kart 64 and Kirby’s Air Ride.

The latter game is possibly the most exciting inclusion, given that it never actually came to the N64. Instead, Kirby’s Air Ride ended up releasing on the GameCube in 2003, with a slightly altered title (Kirby Air Ride).

The brief footage here shows both the game’s single and multiplayer modes. The gameplay is noticeably different to the final GameCube game.

Upon getting hold of the tape, Tank Caps decided to upload the footage to YouTube in the name of preservation. And it’s just as well they did. This game footage has been uploaded multiple times before, but never in such high quality.

Another striking inclusion in this video is DMA Design’s Body Harvest. The footage shows a very early version of the game, which looks drastically different from the final release.

There’s also early gameplay footage of Star Fox 64. It shows many elements that made it into the final game, such as the boss from the Meteo stage. However, the environments and HUD are unfinished. Also, none of the game’s classic dialogue appears.

The Mario Kart R footage – Mario Kart 64’s working title – provides a glimpse of Magikoopa, who sadly got cut as a playable character from the final game. To think what might have been! GoldenEye 007 also makes an appearance in its original on-rails form.

Otherwise, the video spends a lot of time looking more closely at the hardware. In particular, it demonstrates how to hold the N64 controller and use its joystick. Weirdly, both the pre-release and retail versions of the controller feature.

What’s your favourite thing about this pre-release N64 game footage?