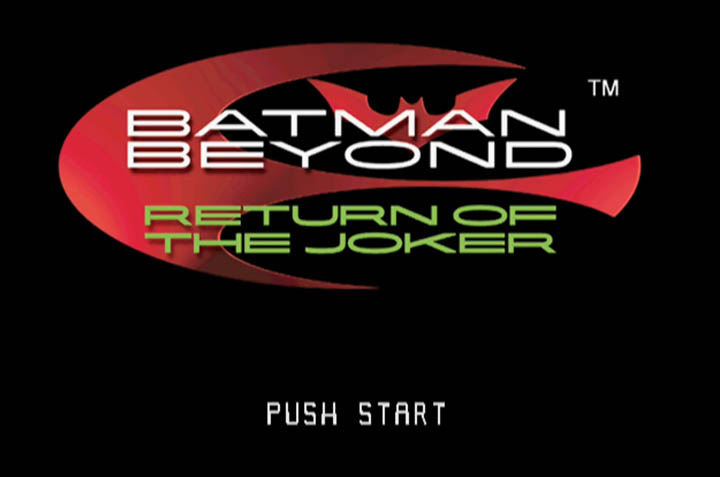 Licensed games have a troubled past. Yes, there are notable examples of great licensed games — such as GoldenEye 007 — but there’s a reason why the term has become synonymous with bad.

Sadly, Batman Beyond: Return of the Joker for the N64 is one such licensed game that doesn’t buck the trend. It released to incredibly poor reviews in 2000 and — unsurprisingly — hasn’t gotten better with age.

What’s Batman Beyond: Return of the Joker about?

Batman Beyond: Return of the Joker is a 2.5D side-scrolling beat ’em up based on the animated film of the same name.

The Joker has re-emerged after disappearing decades ago and is once again wreaking havoc on Gotham City (now known as Neo-Gotham).

Playing as Terry McGinnis, Bruce Wayne’s successor as the caped crusader, you must punch and kick your way through five stages to put a stop to the madman’s plans.

Whereas the film is a stylish and surprisingly poignant take on the future of Batman, the game is woefully dull and uninspired. There’s absolutely no creativity here, which is a crying shame when you consider how creative the source material is.

The gameplay will bore your socks off. And while the story loosely follows the plot of the film, the static storyboards and weak dialogue don’t do it justice.

The only redeeming factor is how mercifully brief the whole experience is. Clocking in at around 40 minutes long, you might at least get a kick out of quickly crossing this game off your to-beat list.

Enter room. Punch and kick enemies until they don’t get back. Go to next room. Repeat.

Welcome to Batman Beyond: an exercise in dull repetition.

Now to be fair, you could flippantly describe a lot of beat-em-up games in this way. But the best games in the genre hook you in with rewarding combat mechanics, great game feel and exciting, interactive environments for you to explore.

Batman Beyond doesn’t have any of these things.

The combat is clunky and awkward. The levels are bland, sparsely decorated and not even remotely interesting or complex to explore. And the enemies behave in an incredibly basic and predictable way — even the bosses.

That’s not to say the combat is necessarily easy. It’s definitely mindless, and you’ll see every attack coming at you from a mile off. But the sluggish pace of the game makes dodging and blocking attacks unnecessarily difficult to pull off in time.

You can’t help but think the developers knew this, given how many spare lives are found lying around each level. In the event of a game over, you simply restart at the beginning of the level you’re on with the default number of lives back.

The Batsuit is one of Batman’s most iconic features, and it’s fair to say the game tries to capitalise on this — albeit with little success.

There are four different suits you can choose from at the beginning of each level. You can also find power-ups within the levels themselves enabling you to switch between suits on the fly.

They each have their own special abilities and performance stats. The defensive suit gives Batman a stronger block ability, whereas the nimble outfit enables him to double jump.

Ultimately, these suits make no real difference to the game. Being able to double jump, for example, only comes in handy in a single, non-mandatory side room. Other than that, it serves no meaningful purpose.

Choosing Batman’s standard suit enables you to use a small selection of gadgets and weapons. They’re all absolutely rubbish and deal so little damage that you’re always just better off using your fists and feet.

Batman Beyond: Return of the Joker’s technical performance

For all its faults, Batman Beyond at least runs smoothly. Although that’s hardly surprising when it looks so basic.

This is a game that released in 2000 — towards the end of the N64’s lifespan. Yet, it struggles to compete visually with games that came out four years earlier.

Both characters and environments are sorely lacking in detail, and when it comes to the combat, it’s just the same punch or kick animation over and over again. The sparse level environments completely fail to convey Neo-Gotham’s wonderfully dark, future-gothic aesthetic.

It’s a real shame, especially when the film exudes so much style and character by comparison.

To top it all off, Batman Beyond also has one of the most unmemorable N64 soundtracks of all time.

If you’re a hardcore N64 fan who loves completing as many games as possible, then Batman Beyond may bring some enjoyment. With only five very short levels, it’s thankfully very quick to beat.

That’s pretty much the only positive thing I can say about this game. Otherwise, it’s clunky, uninspired and ultimately very dull to play. And although it’s based on a enjoyable animated film, the game simply doesn’t do the story or setting any justice.

Save yourself the trouble by grabbing a bowl of popcorn and watching the film instead. It’s half an hour longer than the game, but an infinitely better use of your time. 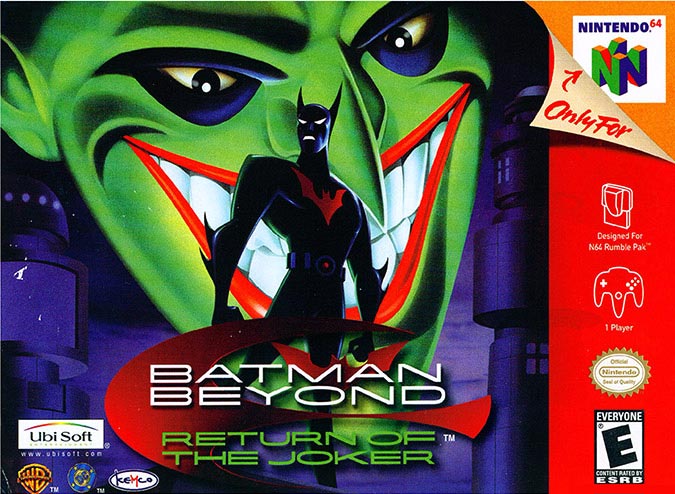