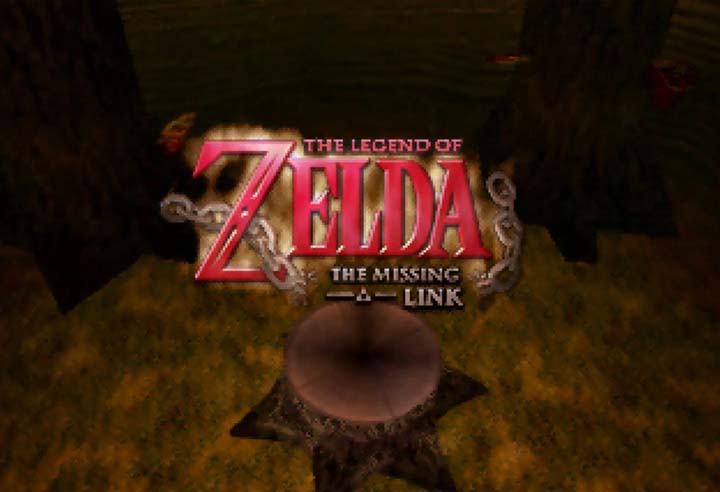 The Legend of Zelda: The Missing Link is one of the most creative Ocarina of Time mods yet.

This brand new mini adventure answers a question many longtime Zelda 64 fans will have pondered over the years.

But what truly makes The Missing Link stand out is just how inventive its gameplay is. It features some cool ideas that really set it apart from the original game.

This mod is the work of a team of modders, including Kaze Emanuar, CDI-Fails and Zel.

It’s 100% playable on an original N64 console. Sadly, this ROM hack is no longer available due to a copyright claim by Nintendo.

What’s The Legend of Zelda: The Missing Link about?

This mini-adventure is set in between Ocarina of Time and Majora’s Mask. It follows Link on his quest to find Navi, his fairy companion from the first N64 Zelda game.

But this search for a missing friend quickly turns into an urgent rescue mission. And if Link doesn’t find Navi soon, the entire world will be at risk.

The Missing Link may be an Ocarina of Time mod, but it features entirely new locations for you to explore. The game starts in Kokiri Forest, but even that looks completely different from before.

This new world feels like an amalgamation of Ocarina of Time and Majora’s Mask. You’re exploring the gap in between both games, and it sure does feel like you’re progressing from one to other.

For example, there’s Monktown Valley, a once holy and spiritual place that’s since become cursed. It’s as if Gerudo Valley and Ikana Canyon merged into one. It has a real lonely, eerie vibe to it.

It’s a beautifully crafted world with lots of attention to detail throughout. The game also has a bespoke soundtrack that perfectly encapsulates these new environments.

Despite only lasting three to four hours, The Missing Link offers a surprising amount of worldbuilding and lore.

Cutscenes give context to what you’re doing and have an emotive quality. There are also optional, additional resources to find that tell you more about the places you’re exploring.

At its core, The Missing Link plays and feels like just Ocarina of Time. However, Link now has access to innovative new items and equipment that add new dimensions to the gameplay.

Take Link’s new sword, for example. The soul-charged Kokiri Sword is an upgraded blade that launches a projectile energy beam. It’s a feature found in many other Zelda games, but neither of the official N64 games.

Being at full health means you’ll fire a projectile automatically. However, when low on hearts you can perform a spin attack to achieve this – the obvious downside being the slightly longer start-up time.

It offers a tremendous advantage in combat, but it’s the puzzle-solving where this ability makes the biggest difference. There are times when you need to use your sword to remove an obstacle, hit distant switches or light torches.

The most innovative feature comes in the form of the magical hourglass item.

This cool piece of kit allows you to travel up to 10 seconds back in time. In reality, it’s a warp ability that moves Link back to a previous spot he was standing in.

The magical hourglass is needed to solve puzzles, some of which require real outside-the-box thinking. One section in particular threw me because it’s so unlike anything in the original N64 games.

Not being able to rely on 20+ years of Ocarina of Time knowledge is a refreshing experience. It’s just a shame that you get this item so late in the game and more puzzles don’t revolve around it.

Because The Missing Link is a relatively short game, it features fewer items for you collect. Thankfully, the pause menu screens have been adapted to reflect this, making it immediately clear how much equipment there is in total.

The game also features an awesome custom-created boss. It’s a great inclusion, and it’s nice to play a Zelda mod where the boss isn’t just recycled and re-skinned.

How can I play The Legend of Zelda: The Missing Link on my N64?

Unfortunately, you can no longer get hold of this mod due to a copyright claim from Nintendo.

What’s the mod’s performance like on an N64 console?

You can play through the entirety of The Missing Link on original hardware.

However, the mod is prone to crashing. This happened a few times during my own playthrough – twice during the final boss.

The mod’s development team has since released an updated version, which fixes multiple bugs.

Nevertheless, make sure you save regularly. Thankfully, if the game does crash then you never have to travel far to get back to where you were.

Otherwise, The Missing Link runs smoothly for the most part with only very occasional frame rate drops.

If you like the look of The Missing Link, then you may want to also check out Zelda 64: Dawn & Dusk and Dark Hyrule Fantasy.

What do you think of The Legend of Zelda: The Missing Link?