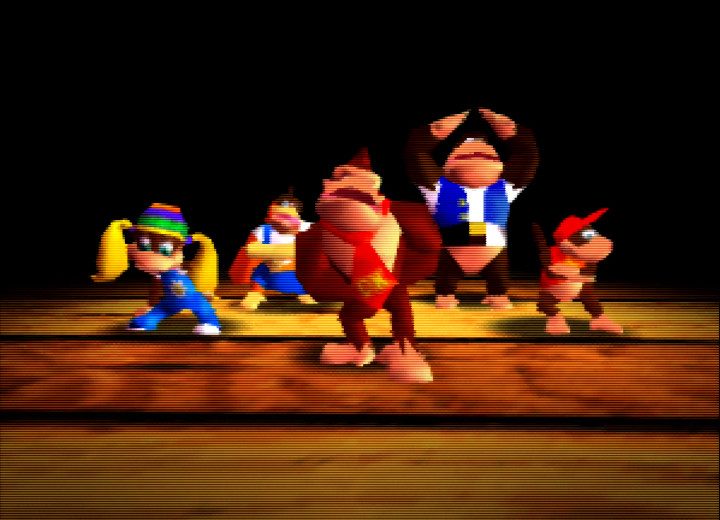 Donkey Kong 64’s heavy focus on collecting items and backtracking can feel like a right chore. It can especially feel this way when you have to also constantly switch between five different characters.

Thankfully, you can now get the Donkey Kong 64 Tag Anywhere mod. Created by Isotarge, this mod allows you to change characters at (almost) any point with just a press of a button.

Better yet, it works on an original N64 console. You can find instructions on how to play this way within this article.

What does the Donkey Kong 64 Tag Anywhere mod do?

In the original Donkey Kong 64, you have to find a tag barrel in one of the game’s worlds to swap characters.

In Donkey Kong 64 Tag Anywhere, you simply press left or right on the D-pad to cycle through all five playable Kongs.

It really streamlines the experience, as you no longer have to traipse back and forth to specific points in each world just to change character.

All five characters are unlocked from the start of the game. It’s a bit of a shame that you can’t unlock them in the usual way, especially as this doesn’t line up with the game’s story.

For example, Diddy Kong is no longer imprisoned in Jungle Japes, but cutscenes and dialogue will appear as if he were. However, it does at least mean there’s even less backtracking you need to do.

Faded-out items will instantly become solid the moment you change to the corresponding character. No longer do you need to find a tag barrel just to pick up a stray bunch of bananas!

Despite having all the Kongs right away, they don’t have their weapon or extra abilities they can learn. You still need to unlock these by visiting Cranky and Funky in the usual way.

There are some limitations on when you can swap characters.

For example, you can’t change while climbing or swinging. Doing so mid attack will cancel the attack too. However, you can change while jumping, swimming, or falling.

That said, you can change once you’re in a boss battle. This can prove advantageous, as you can switch to a faster character or use Tiny’s floating jump to make avoiding incoming attacks a little easier.

If dialogue is meant for a specific character then it will still reference that character, regardless of who you are using.

It’s a bit jarring in places, but overall the Donkey Kong 64 Tag Anywhere mod is a welcome improvement. It eliminates so much unnecessary travel time in the game and makes collecting items far less of a chore.

How can I play the Donkey Kong 64 Tag Anywhere mod?

The mod comes in the form of a Lunar IPS patch that you need to apply to the NTSC ROM.

Open the patch file (by double-clicking on it) and select the ROM you want to patch.

If the patch is applied correctly, a pop-up box will appear stating it has been successful.

To play on an original N64 console, you will need a flashcart such as an EverDrive 64.

Just follow the same process as above, and then put the patched ROM on your flashcart’s SD card.

Apparently, older flashcarts may require an SRAM-fixed version of the game. The Donkey Kong 64 Tag Anywhere page on ROMhacking.net has more information on how to get this.

I’ve tested the mod on original hardware and did not come across any noticeable bugs or glitches.

Do you think the Donkey Kong 64 Tag Anywhere mod is a much-needed improvement? Or does it go too far in altering the original game?