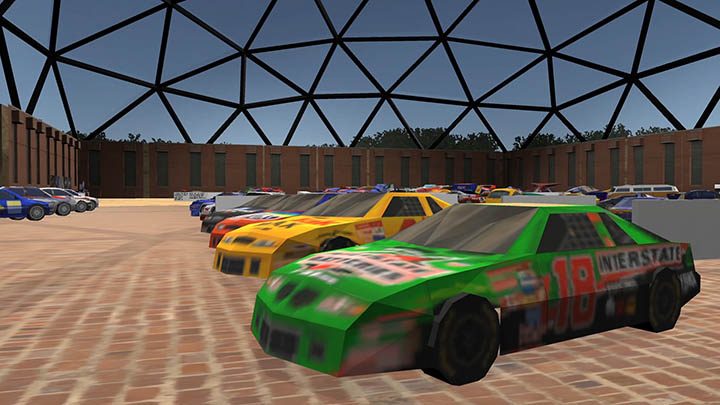 Auto Museum 64 is a piece of software you can download for PC, Mac or Linux. Built in Unity, this virtual museum features cars, boats and other vehicles from 20 N64 racing games.

It works like a first-person game, enabling you to walk around the museum at your leisure. You can get up close to each and every vehicle, and even zoom in for a closer look.

Auto Museum 64 is the hard work of leoburke, who went to painstaking efforts to recreate all these N64 vehicle models in such a precise manner.

In the words of its creator, it’s “meant as an educational showcase of late-90’s polygonal art specific to racing games of the era.”

Using an emulator, extraction software and a 3D modeling program, they were able to recreate all these vehicles and show them off in one big virtual exhibition.

In true museum curator fashion, leoburke has even included a mini-display explaining this process in more detail. They’ve also credited all the original artists who worked on these models by using informational stands.

The range of N64 racing games included is diverse.

Vehicles from realistic racers Automobili Lamborghini and GT 64: Championship Edition sit alongside fanciful creations from games such as Extreme-G and Hydro Thunder.

It’s a real trip down memory lane. You can move freely and view the models from nearly every angle. In fact, you can get a closer look than you can in the original games in most instances.

How can I visit the Auto Museum 64?

There’s no need to install it. Just extract the ZIP file and run the application. Before it starts, you get to choose which resolution and graphic quality you want to run Auto Museum 64 at.

Top tip: you can do a really floaty jump by pressing the spacebar. This is a great way to see the tops of the larger models!

Will you be taking a trip down memory lane at the Auto Museum 64?