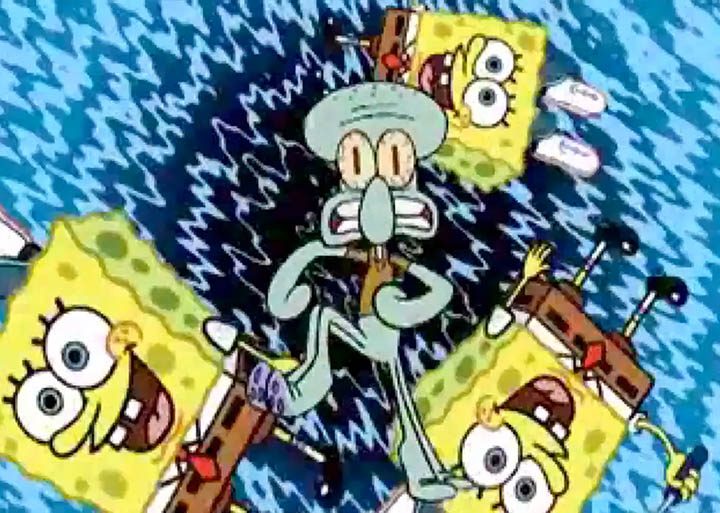 Has the thought of not being able to watch SpongeBob SquarePants on your N64 often kept you up at night?

If so, you’ll be glad to hear this very specific problem in life has now been solved. SpongeBob SquarePants come to N64 at last!

Ported by CrashOveride (the same person behind GoldenEye with Sonic Characters), there are currently seven episodes available. Using a flashcart such as an EverDrive 64, you can watch them on an original N64 console.

The screenshots used in this post are taken from an UltraHDMI N64.

Watching SpongeBob SquarePants on N64 is not exactly the best viewing experience. The picture quality is quite pixelated, and there’s noticeable ghosting throughout.

While it doesn’t look great on an UltraHDMI N64, the quality is certainly good enough on a CRT TV.

CrashOveride had to tackle some hefty technical challenges just to get SpongeBob SquarePants to work on N64. And given each episode is around 32MB in size and includes full audio, it’s quite the achievement.

This is mainly due to the storage constraints of N64 cartridges. N64 cartridge sizes range from 4MB to 64MB – and only three games use the latter amount.

Resident Evil 2 is one of these of games. Despite the move from two 700MB CDs on PlayStation 1 to a 64MB N64 cartridge, it retains all the video footage of the original game.

Both the video and audio had to be heavily compressed to achieve this.

Would you watch SpongeBob SquarePants on your N64?