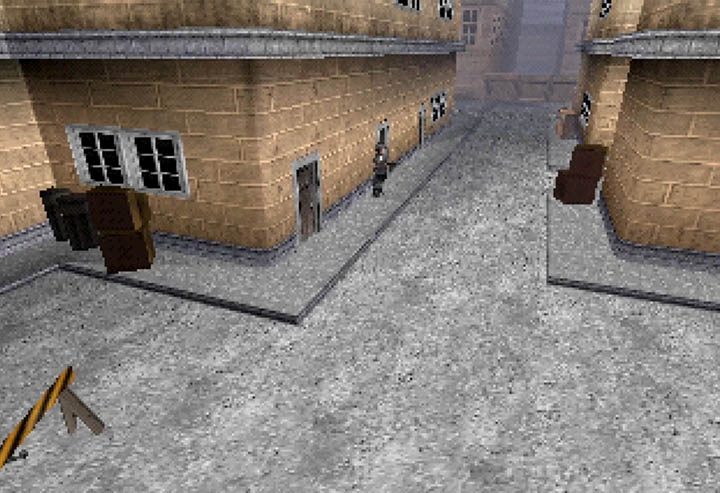 GoldenEye custom missions have been around for a long time, but few are as feature packed and as advanced as WW2 City.

Created by Flargee, this level is stuffed full of ideas that make it stand out from the base game.

Flargee previously made the excellent GoldenEye WW2 Hangar mission. And they’re really making a name for themselves as one of the best GoldenEye 007 modders out there.

Best of all – and just like all the mods I cover on N64 Today – WW2 City runs on an original N64 console.

This custom mission is set during World War II. Playing as Bond, you have to work your way through an occupied German city block.

Of course, this is no walk in the park. Plenty of enemies are waiting for you in the streets and nearby buildings.

Despite being set in the same period as Flargee’s WW2 Hangar mission, it doesn’t appear to be related in terms of story.

WW2 City makes clever use of backtracking and revolves around finding secrets. It’s also a decent challenge – even on Agent difficulty.

WW2 City is an exciting mission, mainly because it has many new features not seen in the original GoldenEye 007. Some of these are also found in Flargee’s WW2 Hangar mission.

Guard dogs are vicious and utterly relentless. From the moment they spot you, they’ll charge straight for you and pounce. Their size and speed make them hard to hit too.

It feels cruel to take them out, but it’s you or them. They even let out a little whimper as they die – it’s heartbreaking!

Custom weapons and fisticuffs with guards

WW2 City includes a range of real-world, contemporary weapons for you try. Pistols, submachine guns and rifles all appear.

The M1 Garand you start off with is notable for having its distinctive ping sound when you empty the clip. Modder CrashOveride created this effect. (The same person behind the hilarious GoldenEye with Sonic Characters mod.)

Flargee has also incorporated an existing mod that enables guards to perform melee attacks. So getting up close to them isn’t necessarily a good idea.

One criticism that could be fairly aimed at Flargee’s previous custom level is that enemies were mostly stationary. In WW2 City, there are loads of guards and they’re quick to react to nearby gunfire.

In fact, they’ll make their way through multiple doors and hunt you down!

Hold down the L button while the mission loads, and you can play in hi-res mode. 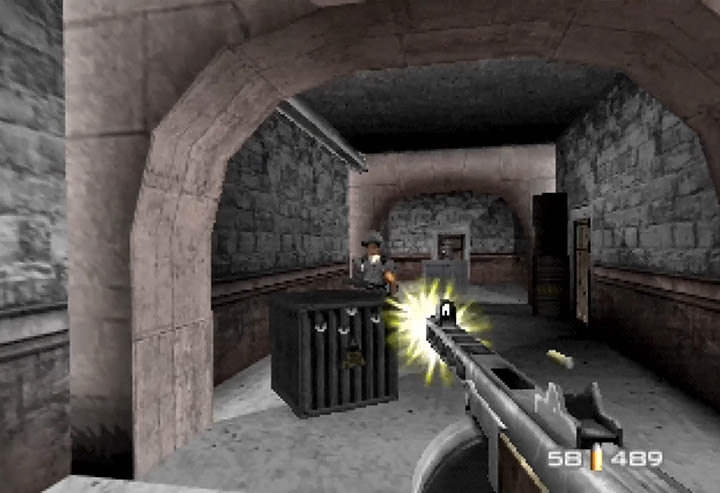 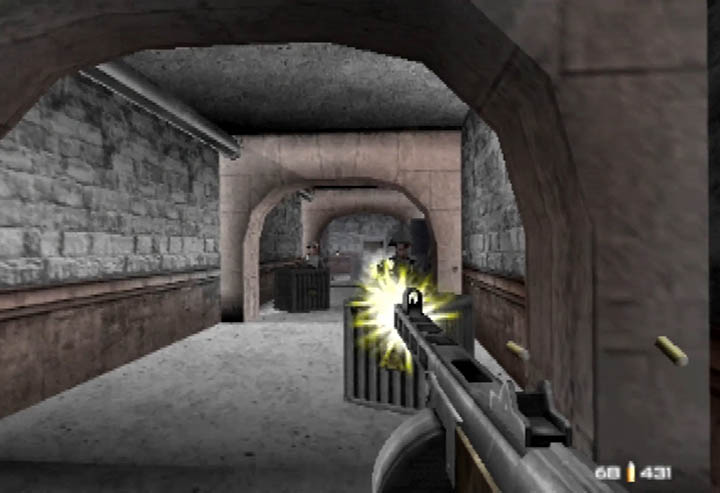 Nevertheless, you can see the difference when playing the mod on a CRT TV.

And unlike most hi-res modes in N64 games, the frame rate doesn’t dip massively in WW2 City. There’s a slight drop, but even then it’s pretty smooth and perfectly playable.

WW2 City features its own background music track, as well as custom sound effects for its weapons.

Guard dogs also bark as you approach them. It’s not only more authentic, but also useful in case you don’t immediately spot them.

How can I play WW2 City?

It comes in the form of an xdelta patch. So you need to use Delta Patcher to apply it to a unmodified NTSC ROM of GoldenEye 007.

Just follow the program’s simple instructions and you’ll have a modded ROM in no time at all.

To play GoldenEye WW2 City on an N64 console, you need to use a flashcart such as an EverDrive 64.

I’ve tested the game on real N64 hardware, and it works flawlessly.

Have you played it?

It costs money to run N64 Today. So if you’ve enjoyed this post, please consider supporting the site on Ko-fi:

Thank you to CrashOveride for providing additional information to help create this post.