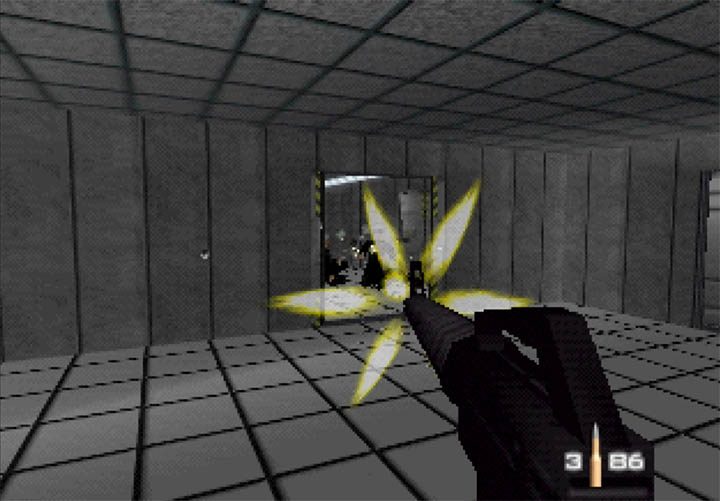 It’s great just how active GoldenEye 007’s modding community is. As a result, we get to enjoy new custom missions on a regular basis.

“Snowy” is a new standalone level set in a Northern USSR base. It was created by modder ZKA, who recently made another great mission called Exotic. 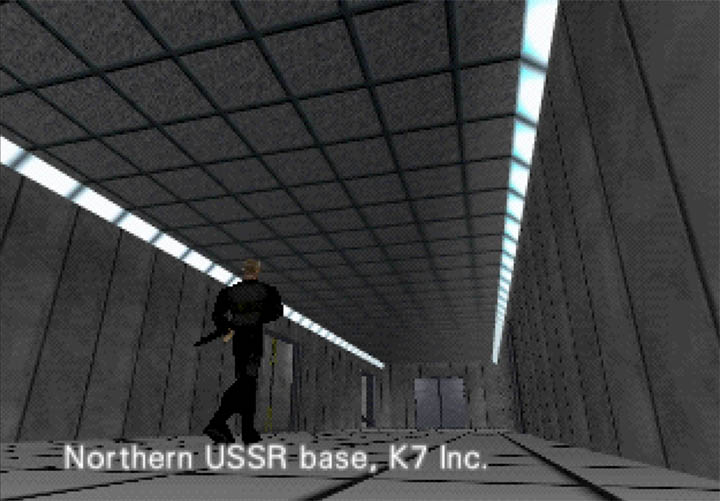 Don’t let Snowy’s soft and fluffy name fool you – this is a challenging infiltration mission, even on Agent difficulty.

It’s available to download now and even works on an original N64 console. Check out my instructions on how to play the Snowy mission. 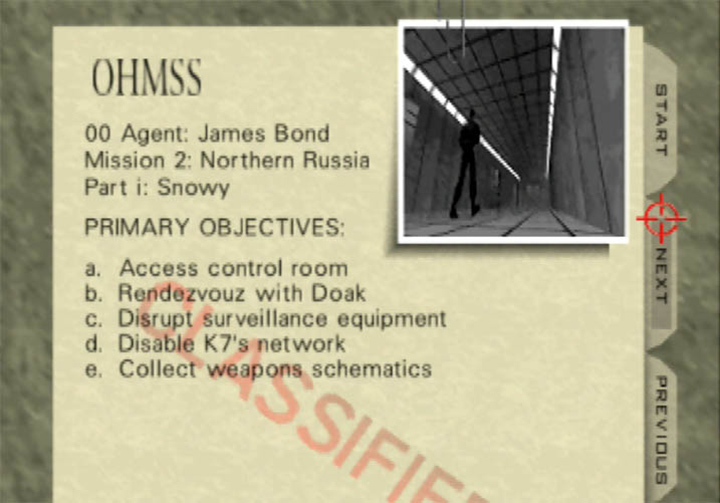 One of the most notable features of this mission is that you get to team up once again with super scientist Dr Doak.

In case you don’t remember, this helpful (and handsome) chap gives you the door decoder in GoldenEye 007’s Facility mission. 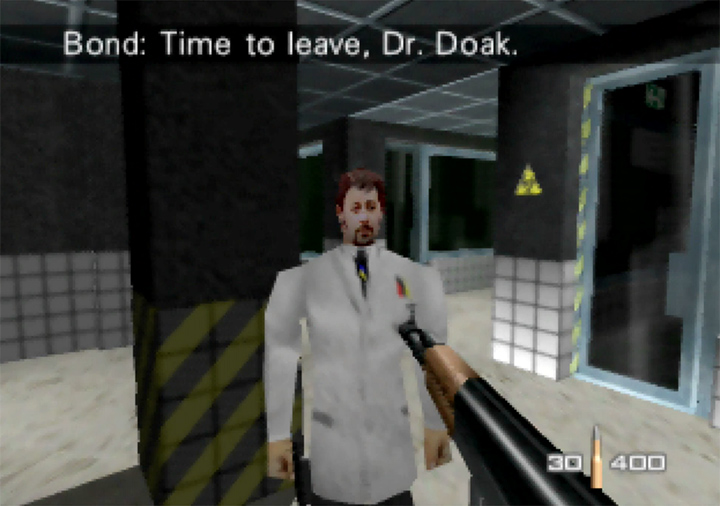 In Snowy, he’s a captive in the base. Not only do you need to free him, but you then have to protect him as he takes down the base’s computer network.

Walking in a snowy wonderland

The mission starts with Bond disembarking from a helicopter in snow-covered valley not too far from the bunker.

At first glance, it looks like the whole operation will be a cakewalk. A lone soldier guards the entrance – hardly the greatest defence. 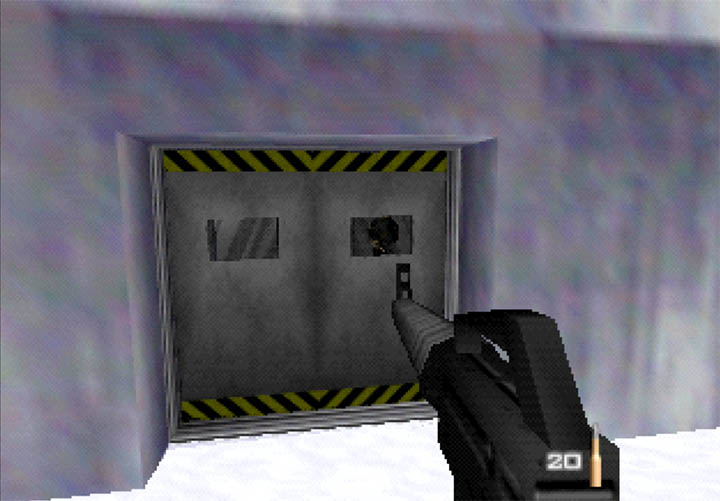 That all changes once you’re inside though.

It’s immediately thrilling. Because there are so many rooms, it’s hard to find your bearings at first. 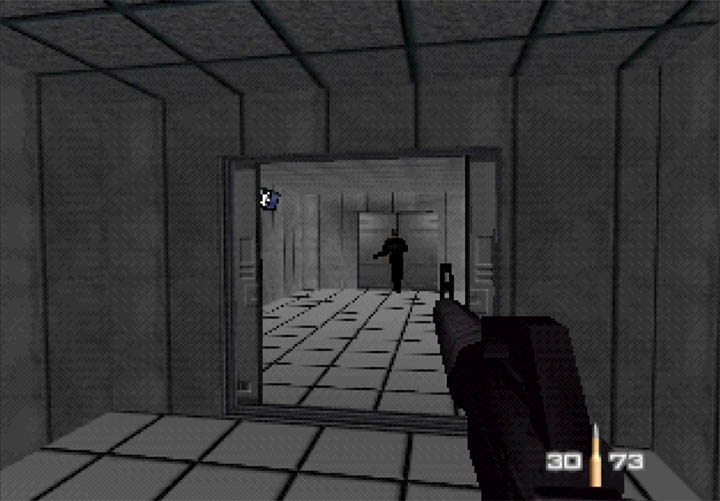 On top of that, the sheer number of doors perpetually opening and closing throws you off.

Was that just a door closing behind you? Or is someone coming for you?

Also, because most of the doors are windowless, you can’t tell what’s waiting behind them. So you need to be very careful when first entering.

You’ve also got to worry about security cameras. If you let one of them see you for too long, you’ll be overwhelmed with guards for the rest of the mission.

Provided you survive the gauntlet of rooms, you’ll eventually stumble upon your good friend Dr Doak. 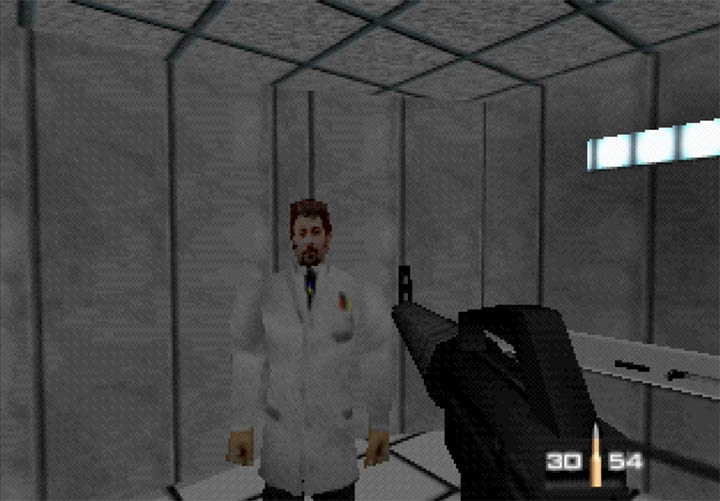 Free him of his hostile company, and he’ll get to work right away on disabling K7’s computer network.

At this point, it’s hard not to have flashbacks to GoldenEye 007’s Control mission. Specifically, the part where you have to protect Natalya as she disrupt the GoldenEye satellite. 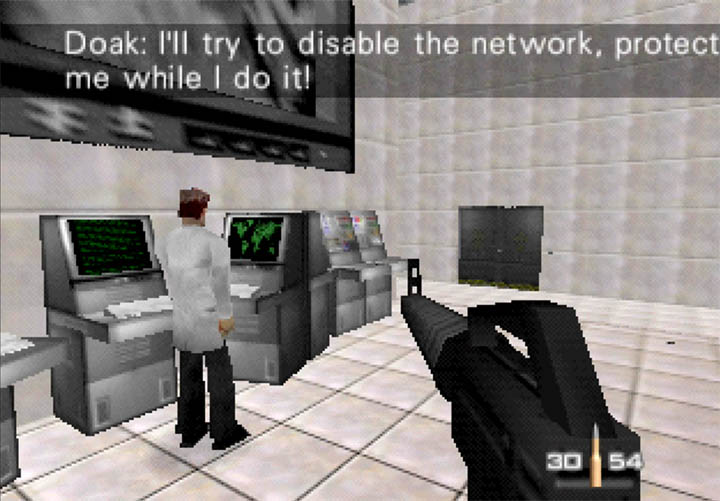 If you’re both successful, it’s then a matter of escaping the base in one piece. Just watch out for enemy guards along the way! 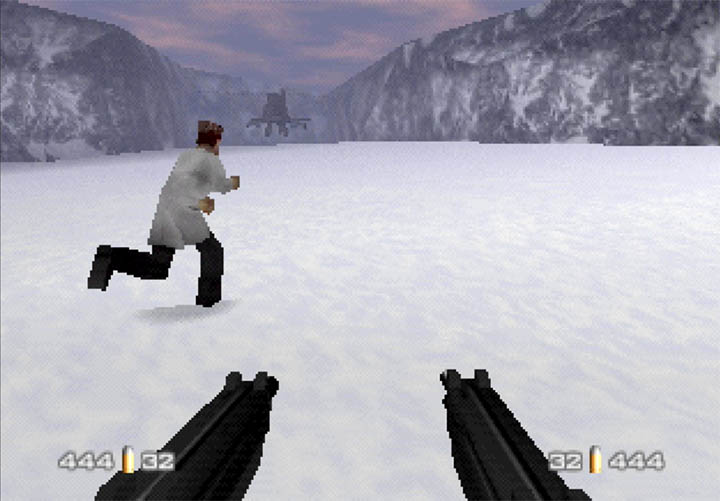 How can I play the GoldenEye Snowy mission?

It comes in the form of an xdelta patch, which you need to apply to an unmodified NTSC ROM of GoldenEye 007. 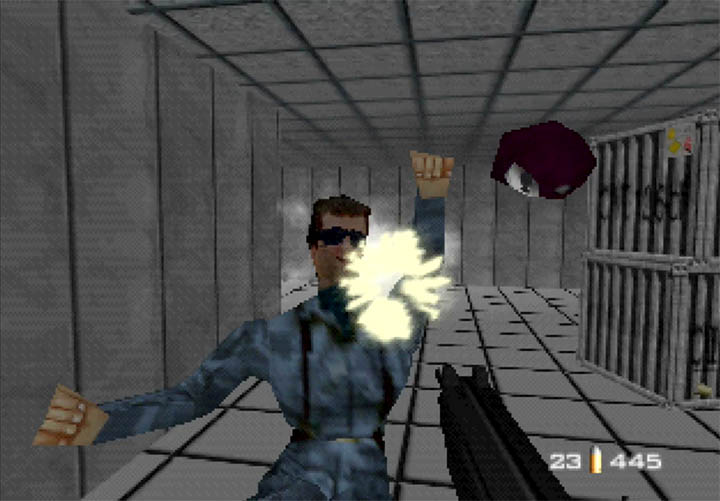 You can do this using the Delta Patcher software.

To play the GoldenEye Snowy mission on an N64 console, you’ll need to use a flashcart such as an EverDrive 64.

I’ve played through the mod multiple times on original hardware and haven’t encountered any game-breaking bugs or issues. The frame rate seems very consistent too. 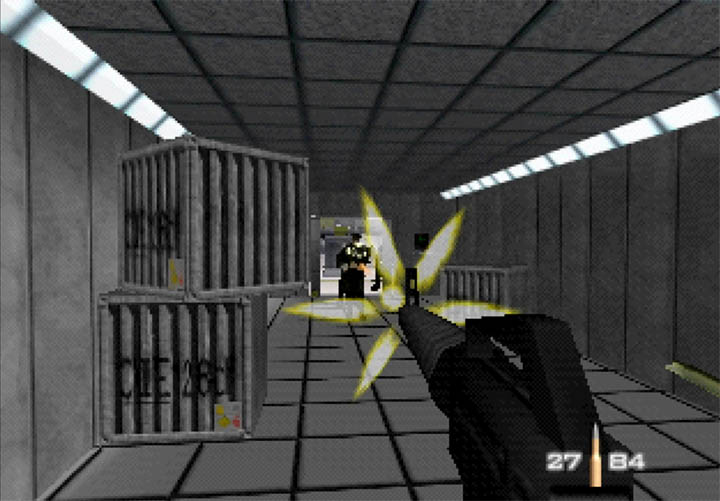