What do Super Smash Bros. fans currently want more than the option to play as Waluigi?

Perhaps a stage created in his almighty, purple likeness? Maybe not.

Nevertheless, you can now battle it out in the Super Smash Bros. 64 Waluigi stage.

Known as “The Wa”, this custom arena enables you to fight on top of Waluigi’s hat, arm, or hand. It’s a single-stage mod works on both an original N64 console and emulators.

Could it eventually feature in larger mods such as Smash Remix and Super Smash Bros. More Stages Edition? Let’s hope so! 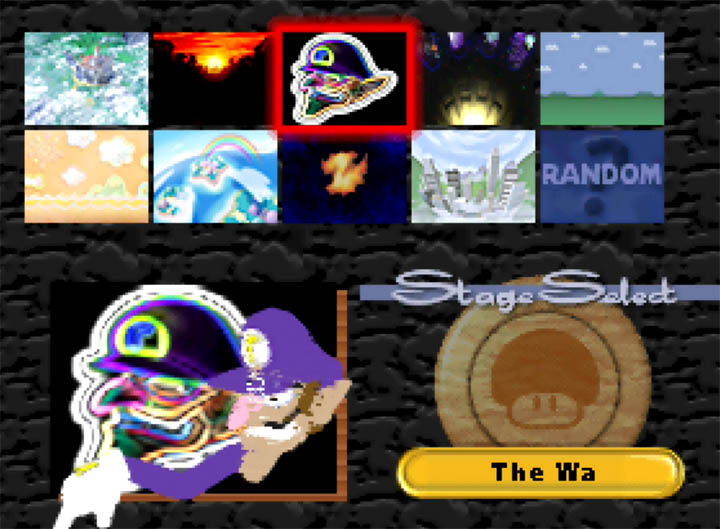 Wah a place to be

Funnily enough, it has exactly the same stage hazard too.

Having tornadoes whirl around Waluigi’s body doesn’t really make sense. But it doesn’t matter when the whole concept of a Waluigi stage is bonkers anyway. 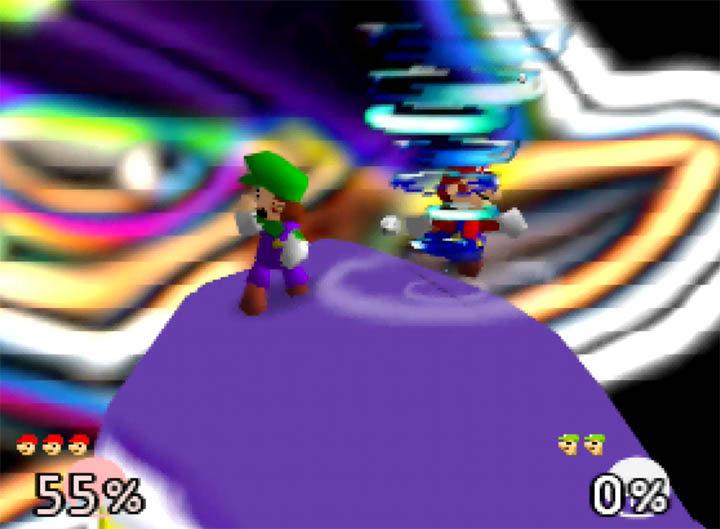 Waluigi’s head, arm and hand make up the playable area. A psychedelic portrait of his face can be seen in the background.

Interestingly, despite its massive size, his nose doesn’t serve as a platform. You simply fall through it.

Waluigi’s hand pointing downwards is a nice touch. It’s a subtle reminder to spike opponents into the bottom of the stage.

How can I play the Super Smash Bros. 64 Waluigi stage?

You can get the Super Smash Bros. 64 Waluigi stage from N64 Vault.

The file comes as an xdelta patch. You need to use Delta Patcher to apply this to an unmodified NTSC ROM of Super Smash Bros. 64.

To play this mod on an N64 console, you need to use a flashcart such as an EverDrive 64. 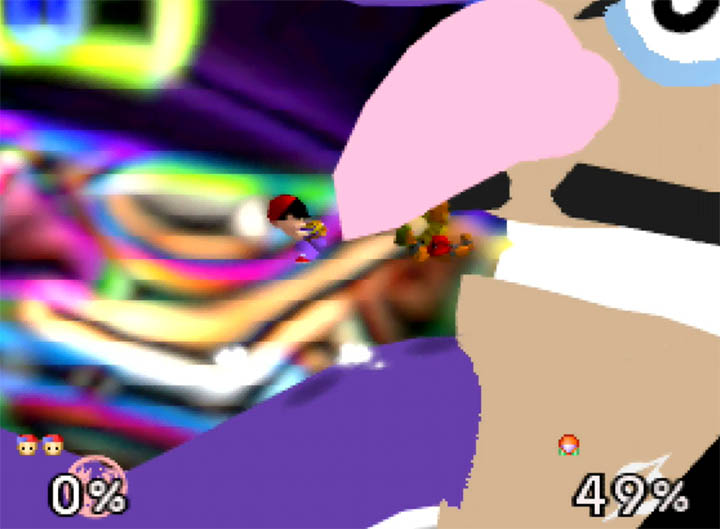 For starters, there’s a lot of slowdown compared to other stages. It’s especially bad with four players.

There are also some very noticeable graphical glitches. They’re not bad enough to prevent you from playing, but they may prove distracting.

Will you be duking it out over Waluigi?