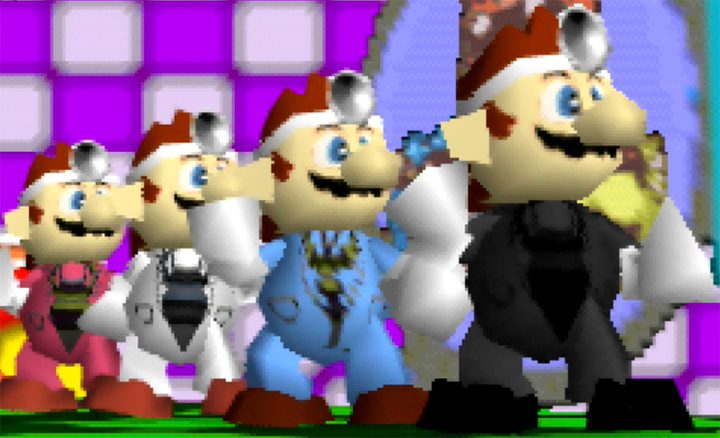 Thanks to the Smash Remix mod, you can now give your friends a taste of their own medicine as Dr Mario in Super Smash Bros. 64.

Smash Remix is the ongoing work of a team of modders. They’re aiming to shake up the original N64 brawler by adding new characters and stages to the game.

Dr Mario is the fourth new character added to Super Smash Bros. 64. He comes as part of version 0.8.2 of the mod. 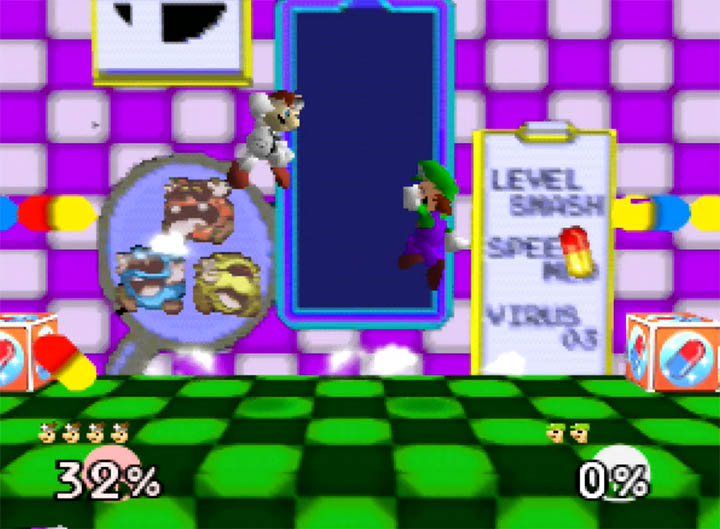 Earlier versions included Falco, Ganondorf and Young Link. Each of these characters is included in 0.8.2. and has received minor changes.

This update also adds a huge number of stages to the game. It’s definitely the most impressive version of Smash Remix yet.

Best of all, you can play it on an original N64 console – provided you have the right kit. 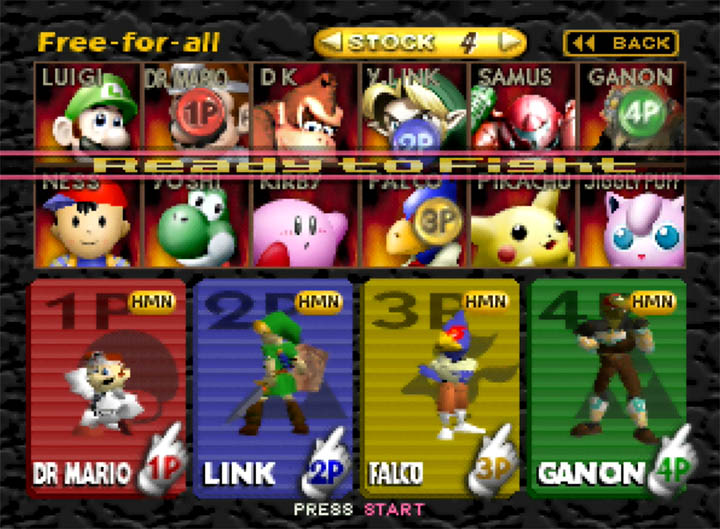 Dr Mario may be a clone of his plumber self, but there are a few key differences to how he plays. 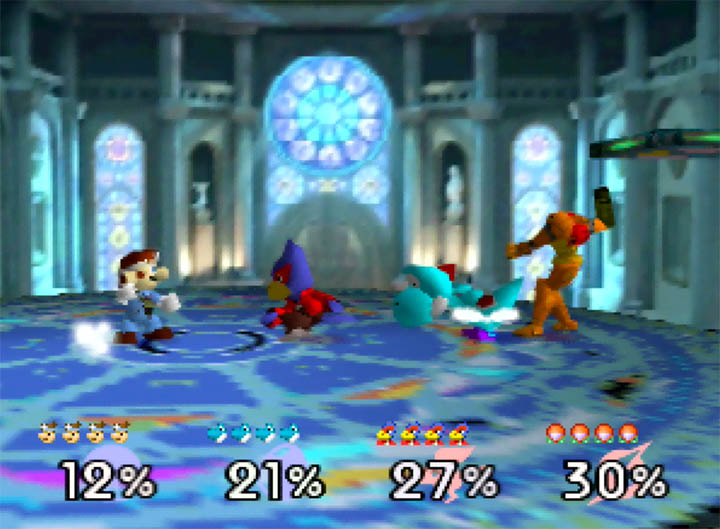 He moves more slowly on the ground and is quicker in the air. His moveset is also slower, but packs more of a punch.

Nowhere is this more noticeable than in his forward Smash attack. This punch has an electric effect, and really sends opponents flying. 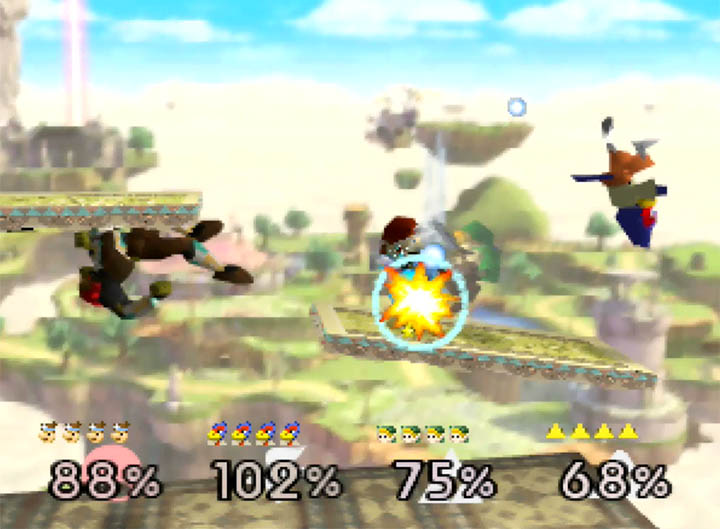 Generally, Dr Mario’s moves are very similar to the abilities he has in Super Smash Bros. Ultimate on Nintendo Switch.

For example, his forward-air attack is a punch – not the twin-legged kick Mario usually has in Super Smash Bros. 64.

And his down-air attack is a double-footed hit that forcefully (and satisfyingly) spikes opponents downwards.

Of course, Dr Mario wouldn’t be the medical marvel he is without his famous Megavitamins.

Pressing B launches one of two coloured pill capsules, which hit harder and do more damage than Mario’s fireballs. 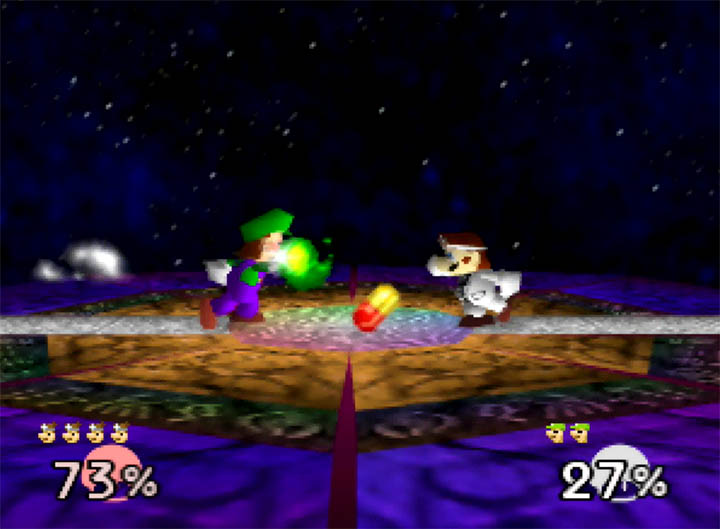 And his up-special attack is now just a single-hit attack (rather than Mario’s coin-punch combo). Get the hitbox just right and your opponent will really feel it! 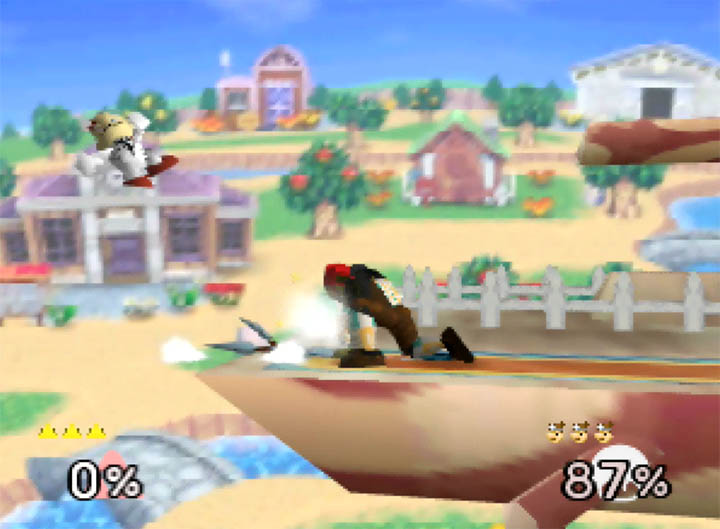 Sadly, Dr Mario’s inclusion comes at the expense of losing Mario from the character roster. Currently, it’s only possible to swap out characters due to modding limitations.

New stages (and lots of them!)

This is arguably the biggest and most significant change that Smash Remix 0.8.2 brings.

There are now a whopping 27 stages. This includes all the original game’s stages, as well as unused arenas such as Final Destination and Metal Mario’s stage. 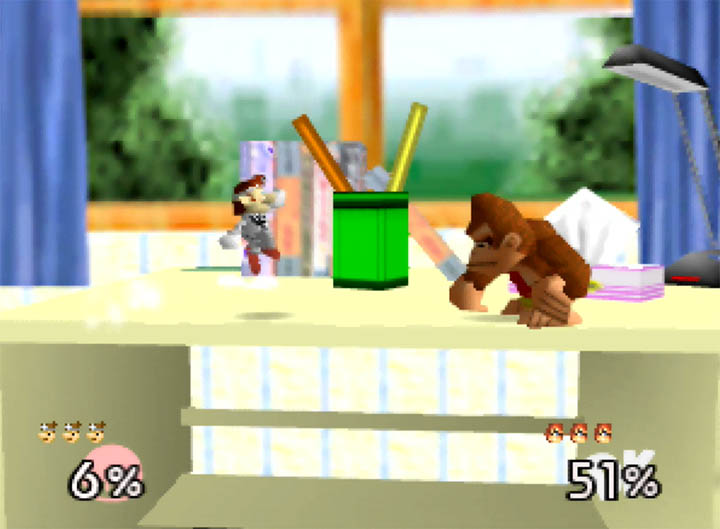 You can even duke it out on First Destination – the child’s desk from Super Smash Bros. 64’s opening cinematic. 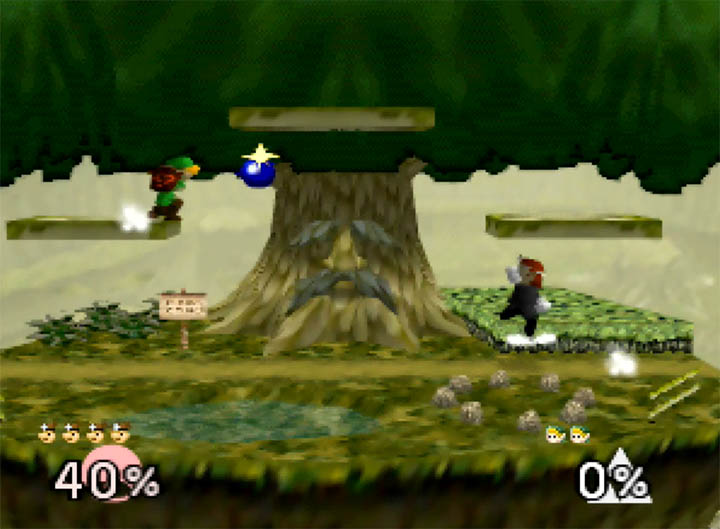 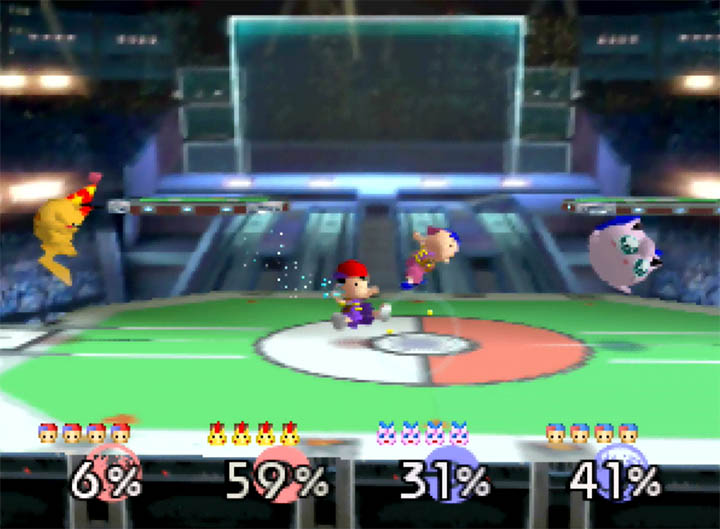 But how is this possible when there’s only space for nine stages?

The ingenious modders have added a page system to the Stage Select screen. Press Z or R and you’ll flip between three menus of stages.

Young Link now has a new rolling dash attack, inspired by The Legend of Zelda: Ocarina of Time. He’s also a bit slower than before.

Otherwise, Falco and Ganondorf both have minor changes to how they play.

How can I play as Dr Mario in Super Smash Bros. 64?

You need to download the Smash Remix mod in order to play as Dr Mario in Super Smash Bros. 64. You can get this mod from N64 Vault.

The file comes as an xdelta patch file. Use Delta Patcher to apply this to an unmodified NTSC ROM of Super Smash Bros. 64. 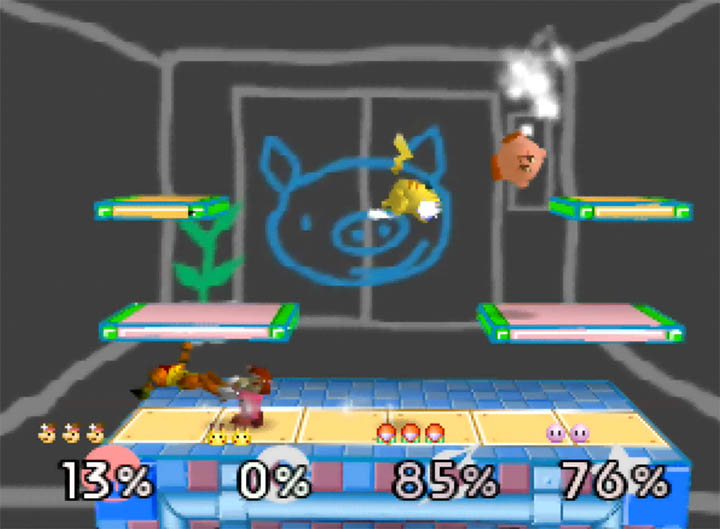 You can’t apply the latest patch to a Super Smash Bros. 64 ROM that has been patched previously. It has to be a clean ROM.

To play this mod on an N64 console, you need to use a flashcart such as an EverDrive 64.

I’ve extensively tested the mod on an N64 console and haven’t encountered any game-breaking bugs. 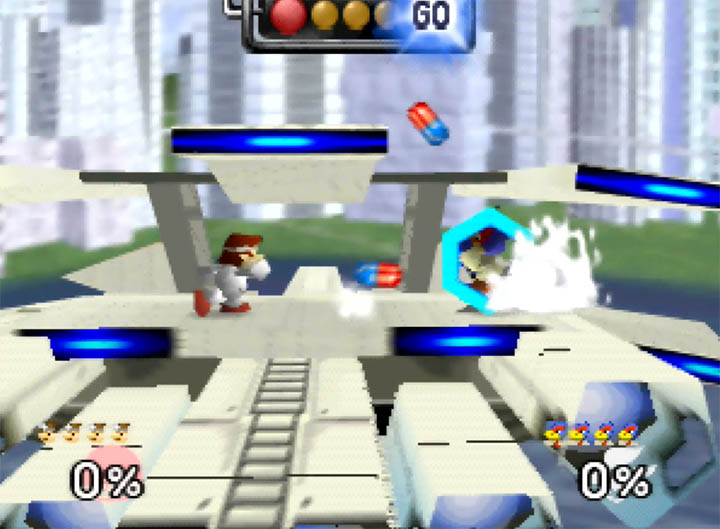 Is this just what the doctor ordered?

Will you be playing as Dr Mario in Super Smash Bros. 64?

Let me know what you think of the latest version of Smash Remix on Twitter or Facebook. 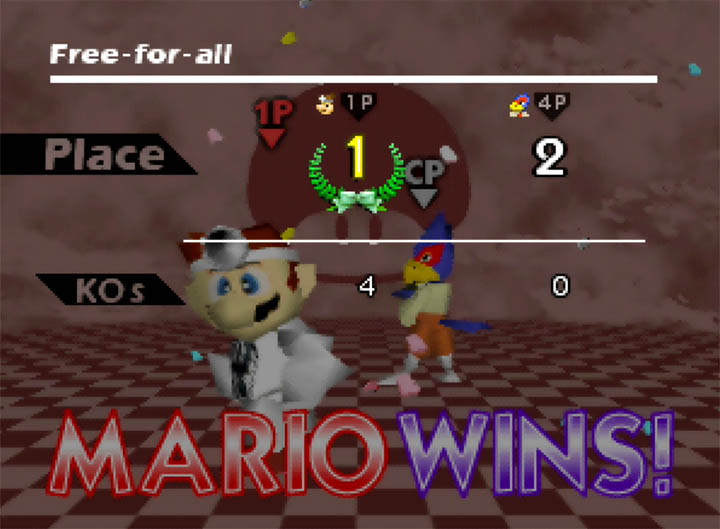