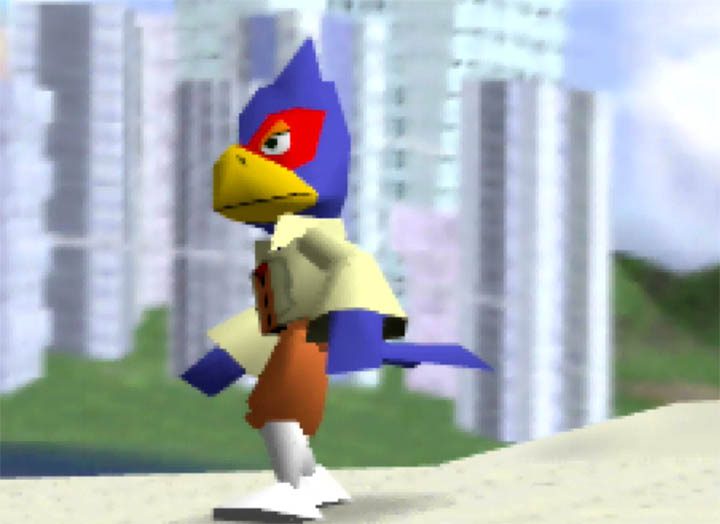 Falco comes with a brand new stage based on the planet Corneria from Star Fox. This arena accompanies another new stage, Ganon’s Tower, which was added in the last update.

Smash Remix previously added Ganondorf and Young Link to the roster. And this latest update includes some changes to both these characters too.

The good news is that you can play the mod on an original N64 console using a flashcart. 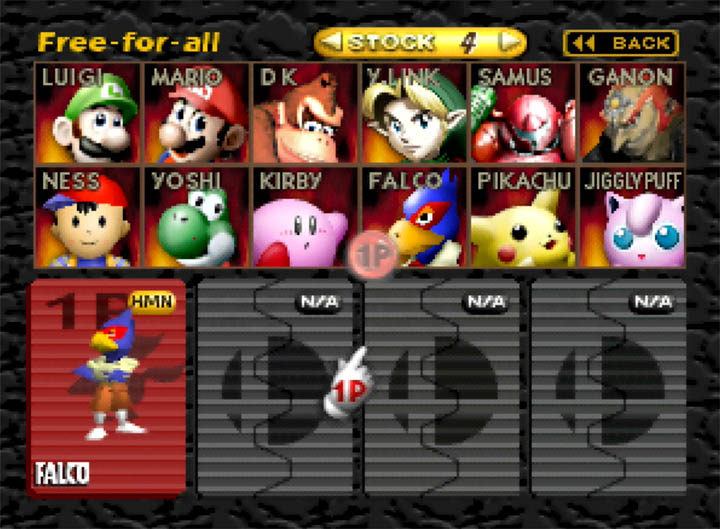 Currently, it’s only possible to insert new characters into Super Smash Bros. 64 by swapping them with existing ones.

As a result, Falco replaces Fox. But he’s more than just a simple re-skin. The surly pilot comes with his own moves and attributes. 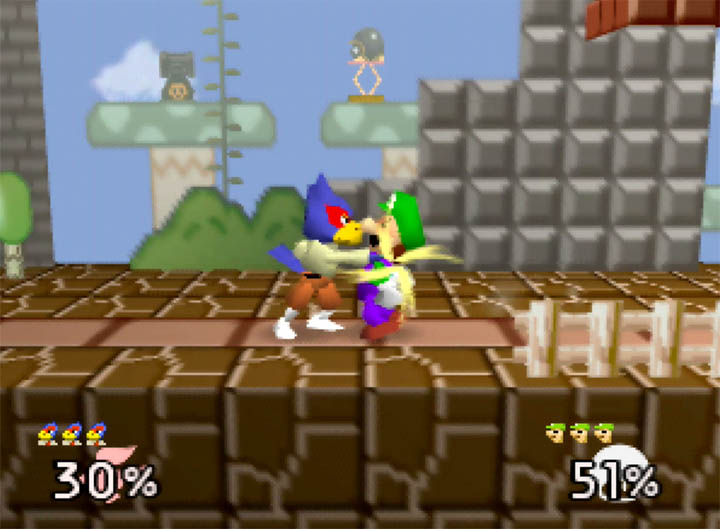 For starters, he has his Falco Phantasm special from Super Smash Bros. Melee and later games in the series.

And much like in those games, the move spikes opponents downwards when it connects in mid air.

It also makes for a great sideways recovery. And given Falco’s up-B special doesn’t travel as far as Fox’s, the Phantasm is a useful alternative.

That said, he can achieve more height than Fox with his standard jumps. 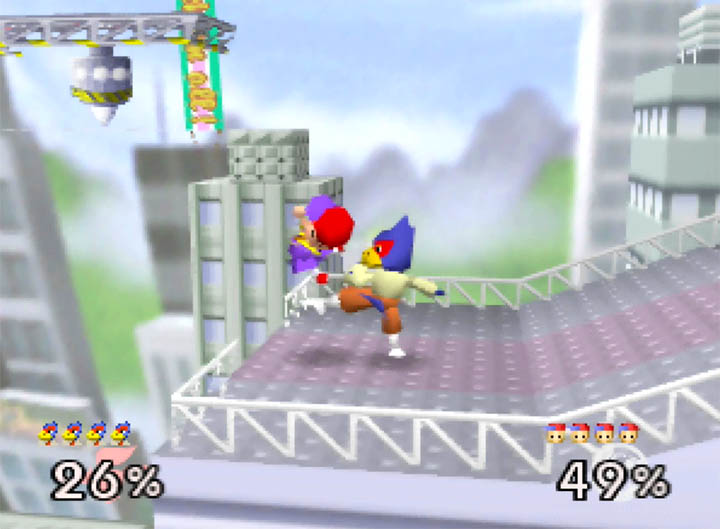 His reflector sends enemies flying upwards, priming them for an upwards double kick.

Falco’s standard moveset includes some notable changes too. His up-tilt is a double-hit attack that launches enemies directly upwards.

Not only that, but his down-air attack hits only once (unlike Fox’s combo) and sends enemies downwards. 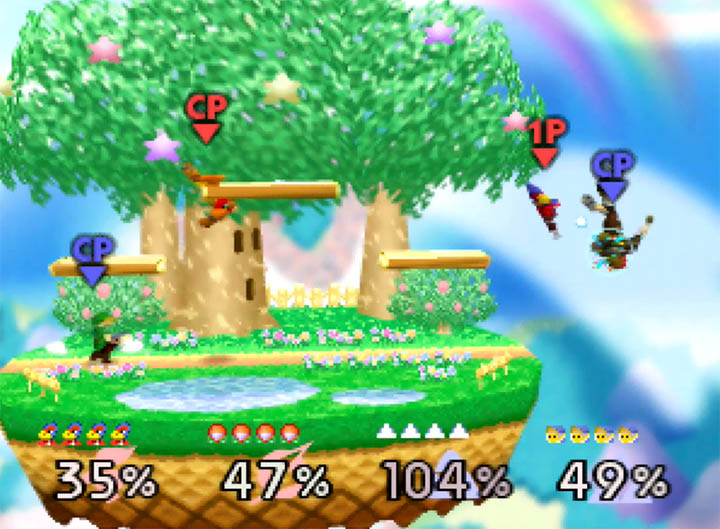 You battle out aboard the Pleiades, a spaceship that actually originates from the Super Smash Bros. Brawl stage, Lylat Cruise. 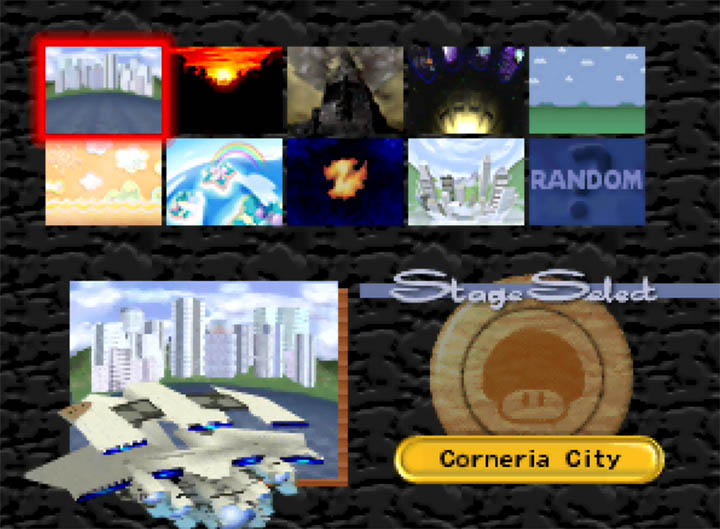 It has three raised platforms, but no hazards – again, a current limitation of Super Smash Bros. 64 modding.

The ship is positioned against a static backdrop of Corneria City. The music from the original Star Fox game on SNES plays in the background. 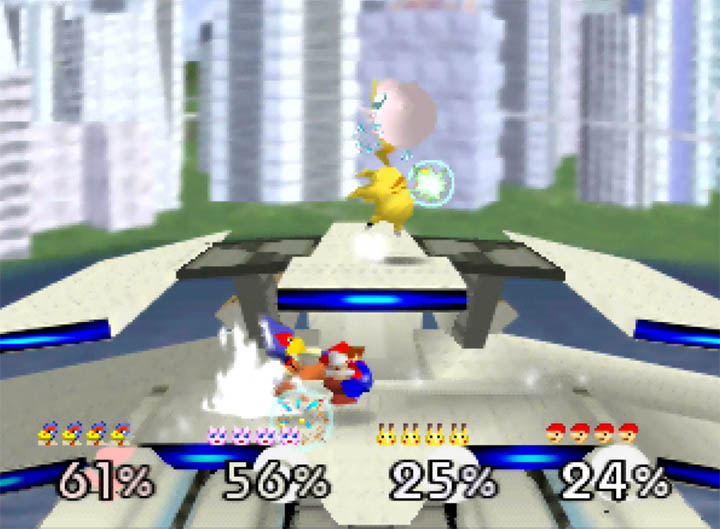 On a related note, if you’re interested in more custom stages, be sure to check out Super Smash Bros More Stages Edition. 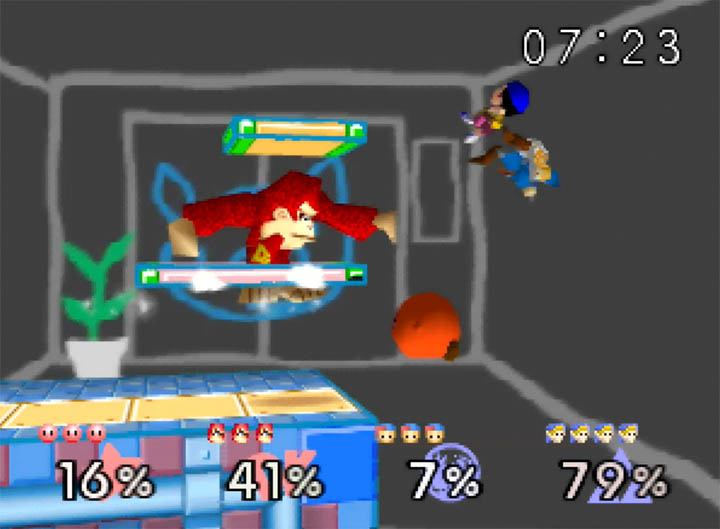 How can I play as Falco in Super Smash Bros. 64?

You can download the Smash Remix mod, which includes Falco, from N64 Vault.

The mod comes as an xdelta patch file. Use Delta Patcher to apply this to an unmodified NTSC version of Super Smash Bros. 64. 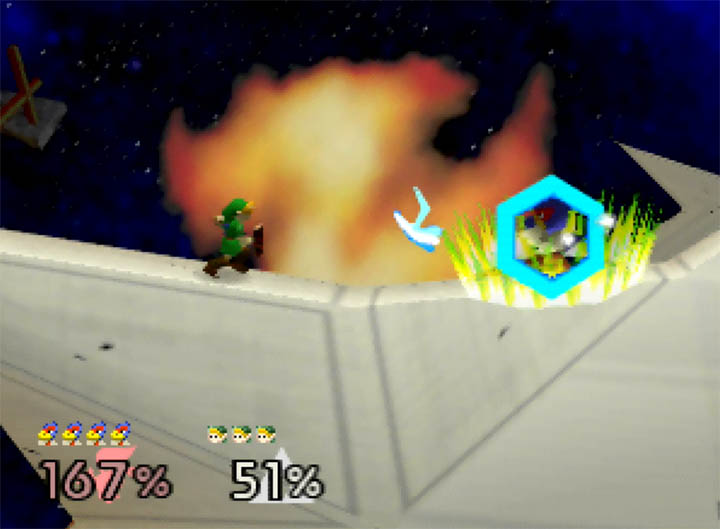 To play this mod on original hardware, you need to use a flashcart such as an EverDrive 64.

I’ve extensively tested the mod on an N64 console and haven’t encountered any major issues. 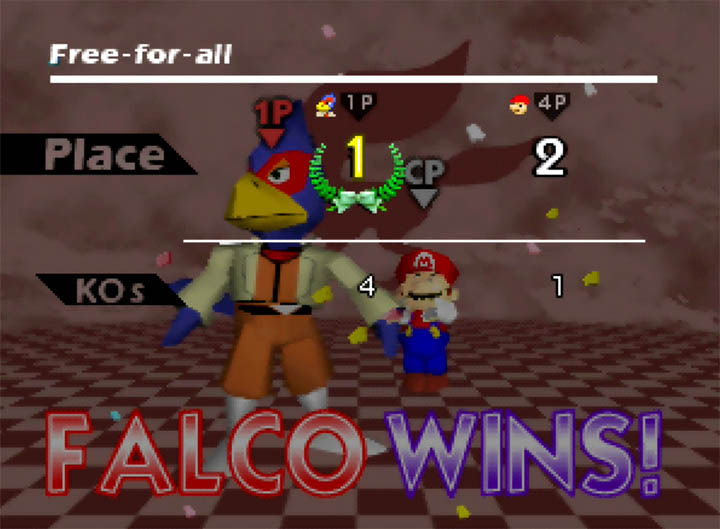 The biggest change besides Falco is Ganondorf’s appearance.

He’s been given a new model. It looks a lot less detailed, yet more in keeping with Super Smash Bros. 64’s style. 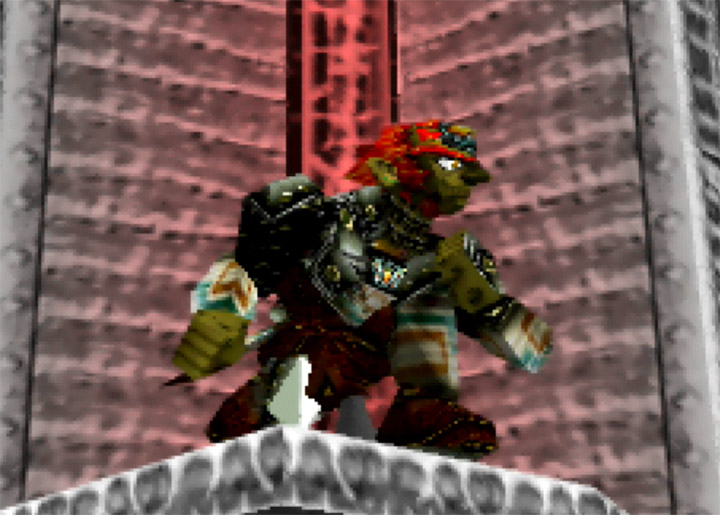 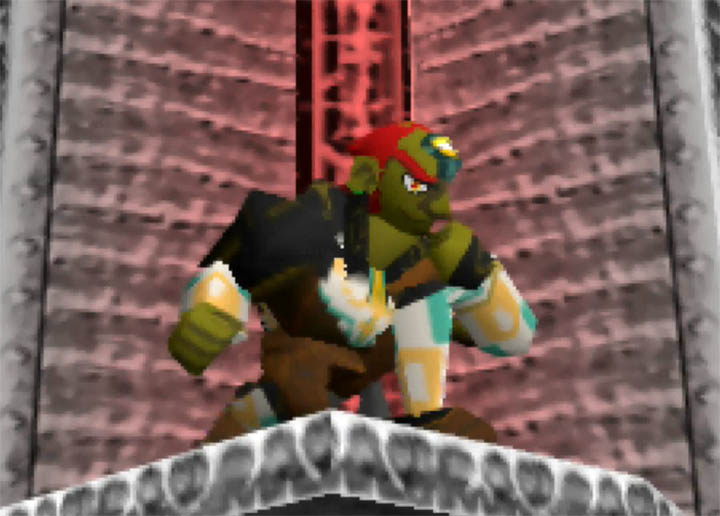 Perhaps game performance is the reason for this change? Unfortunately, the mod’s description on N64 Vault doesn’t say.

Otherwise, many of Ganondorf’s moves now have a slower start-up time. 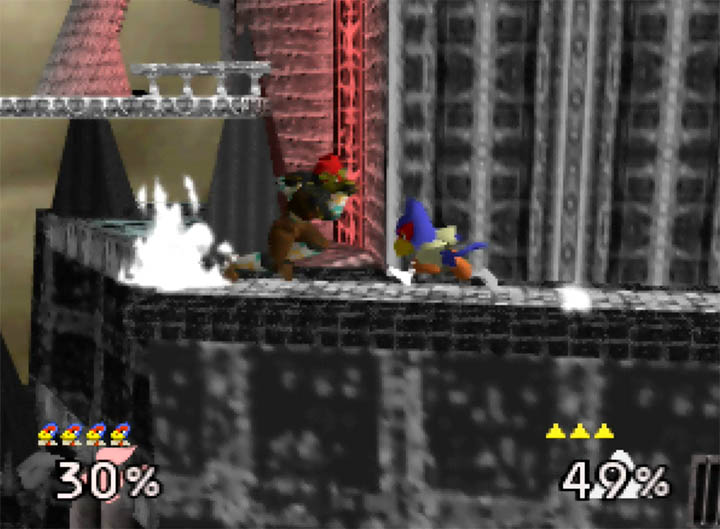 The hitboxes of Young Link’s spin attack have been adjusted considerably. And some of his aerial attacks now behave differently. 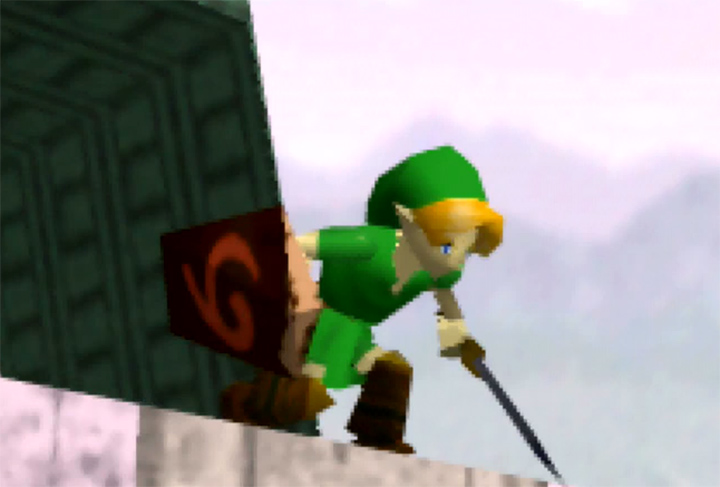 Will you be taking down foes as Falco?

What do you think of Falco in Super Smash Bros. 64?