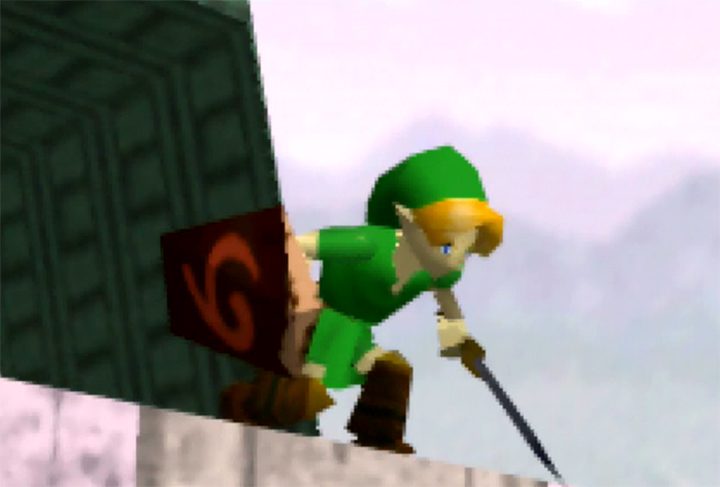 This time, Young Link from The Legend of Zelda: Ocarina of Time and Majora’s Mask has been added as a playable character.

Young Link comes as a part of the Smash Remix mod, created by JS. The previous version of this mod enabled you to play as Ganondorf in Super Smash Bros. 64.

As a result, both characters are playable in this latest version. Link’s arch-nemesis has also received a few updates as part of this new release.

It’s a slight shame that the mod doesn’t also include the recent custom Ganon’s Ruin stage. Nor can you currently use it with Super Smash Bros. More Stages Edition.

On the plus side, it does at least work on an original N64 console.

What does the Young Link Super Smash Bros. 64 mod include?

At first glance, Young Link looks like a simple reskin of Adult Link.

After all, he does outright replace his adult incarnation due to current modding limitations. 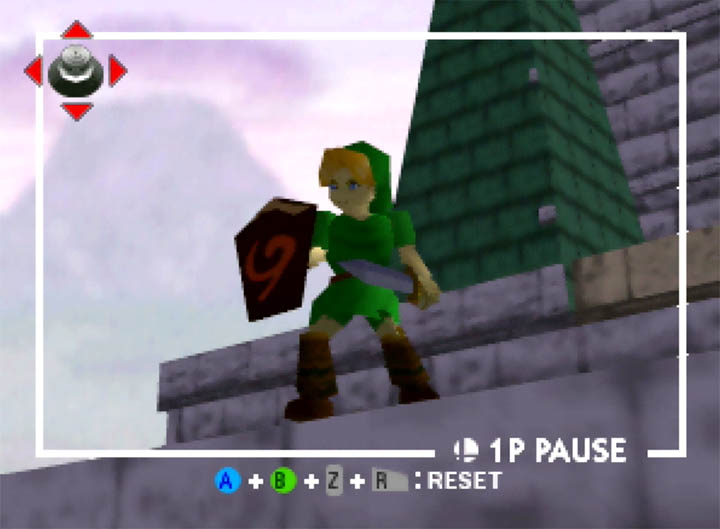 But there are in fact a lot of differences – to the point where Young Link is a much more viable choice.

For starters, he’s smaller. And he’s faster in terms of movement and attacks. 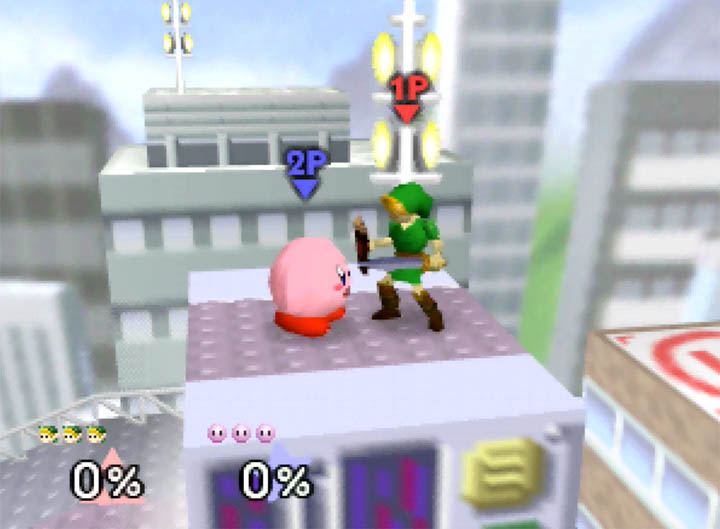 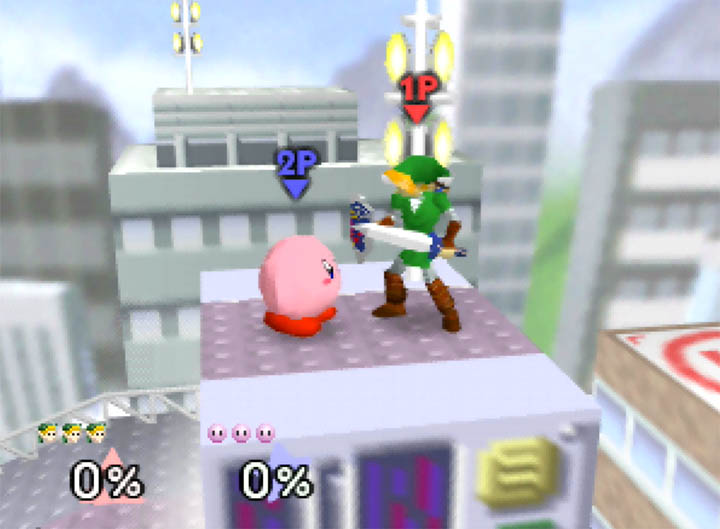 At the same time, he doesn’t deal as much damage nor does he send opponents flying as far.

Young Link’s moveset has been altered to make him play like he does in the Super Smash Bros. games he officially appears in. 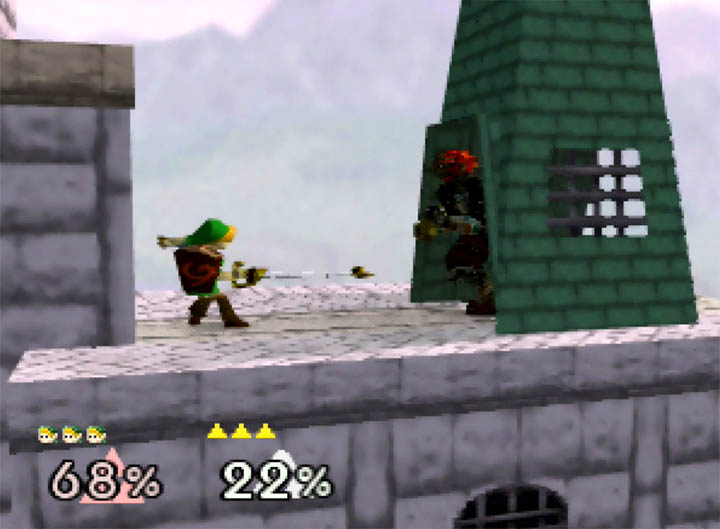 For example, his spin attack is a multi-hit combo. It also covers a greater vertical and horizontal distance when used in the air.

Young Link’s down aerial attack behaves similarly to how it does in Super Smash Bros. Melee for GameCube.

Connect it just right and you’ll spike your opponent into a fiery descent.

Other changes affect the angles of Young Link’s smash attacks and the damage his specials do.

You can find a full list of changes compared to Adult Link over at N64 Vault. 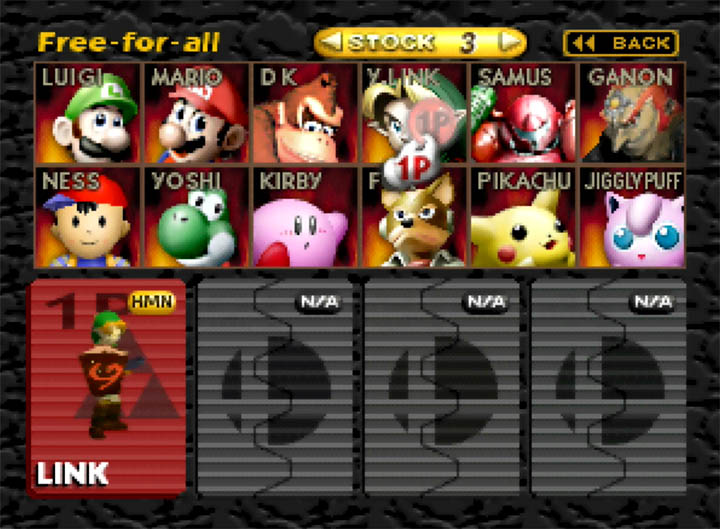 The Gerudo King has undergone a few notable changes since he was added in the last version of Smash Remix.

He now uses the trident that the Phantom Ganon boss has in The Legend of Zelda: Ocarina of Time. 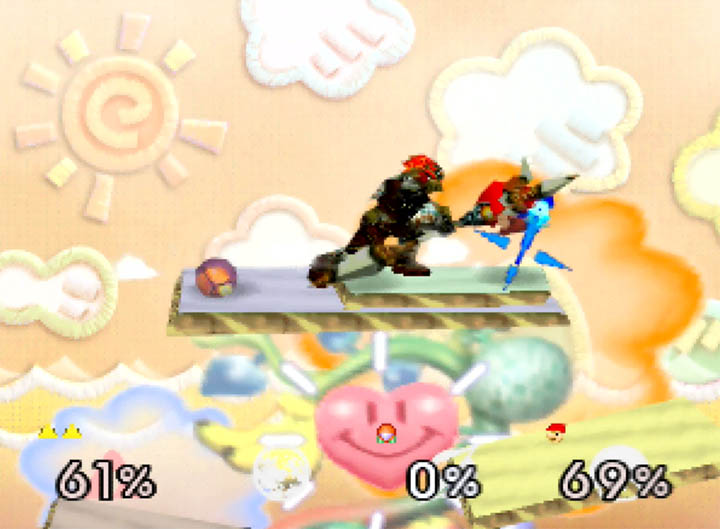 It hits hard. He’s also got his own taunt – perfect for when you send enemies flying with his immensely powerful smash attacks.

Find out more about playing as Ganondorf in Super Smash Bros. 64. 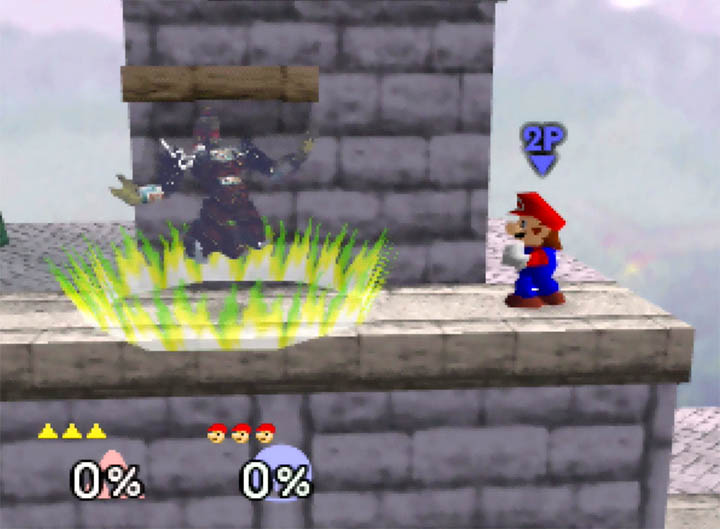 How can I play as Young Link in Super Smash Bros. 64?

Go to the Smash Remix page on N64 Vault to download the patch.

You then need to use the Delta Patcher program to apply this patch to a clean NTSC ROM of Super Smash Bros. 64. 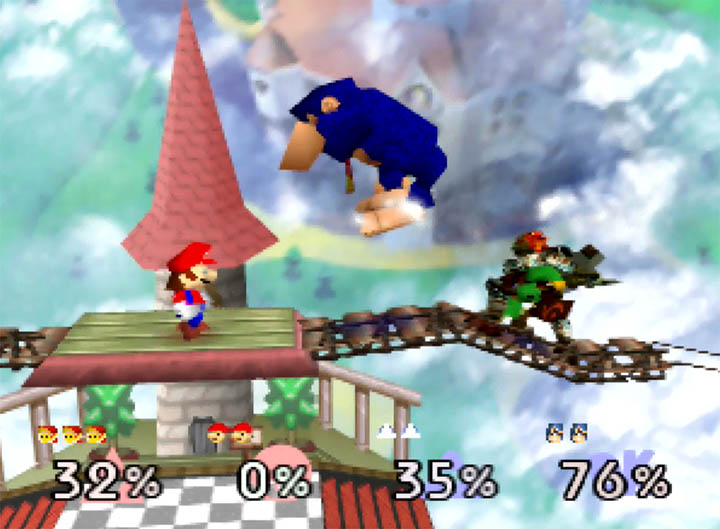 You’ll have to search in Google for the ROM.

To play this mod on an original N64 console, you’ll need a flashcart such as an EverDrive 64 and N64 Expansion Pak. 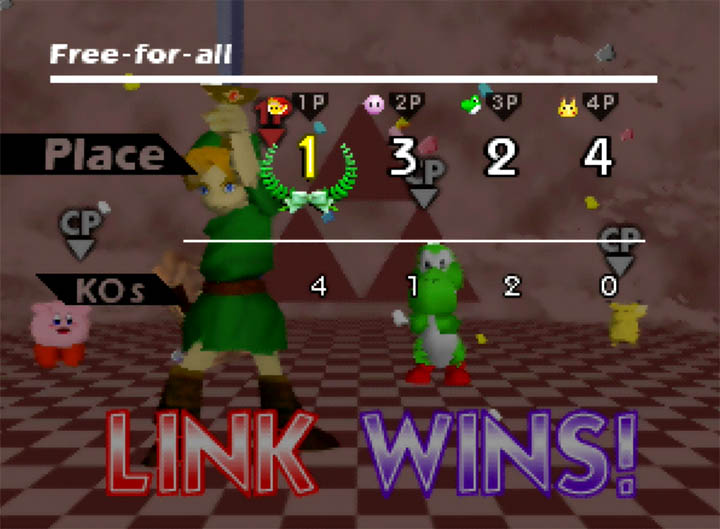 I’ve tested the mod extensively on console and have yet to come across any issues.

That said, Young Link currently doesn’t have any alternate or team costumes. Also, the one-player mode hasn’t been updated to reflect his inclusion.

Do you like Young Link in Super Smash Bros. 64? And what would you like the Smash Remix mod to add next?