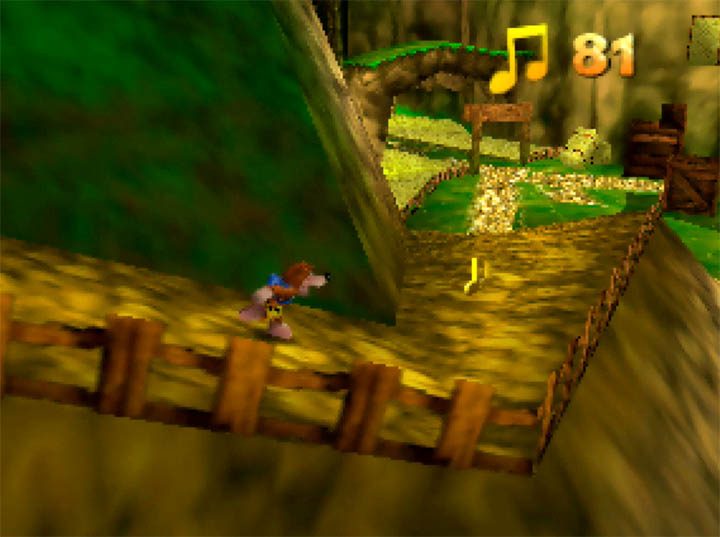 The N64 already has two Banjo-Kazooie games. But even that’s not enough for the most ardent bear ‘n’ bird fans.

So it’s just as well Banjo-Kazooie: The Hidden Lair is an upcoming mod that continues the series – unofficially, of course.

Created by modder Daveyx0, Banjo-Kazooie: The Hidden Lair is still very much a work in progress.

But the good news is that there’s now a playable demo you can download. It shows off the game’s first world, starting area, and some of the hub world. 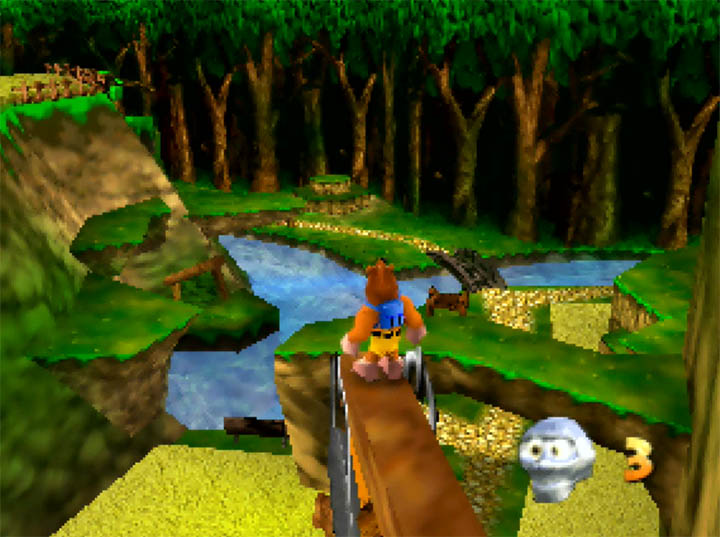 Better yet, the first world is the completed version. There are 10 Jiggy pieces, 100 musical notes and two honeycomb pieces for you to collect in it.

This demo runs on an original N64 console. However, it’s worth noting that the game generally isn’t being made with console compatibility in mind.

Daveyx0 plans for the final game to have nine worlds, much like the original Banjo-Kazooie. 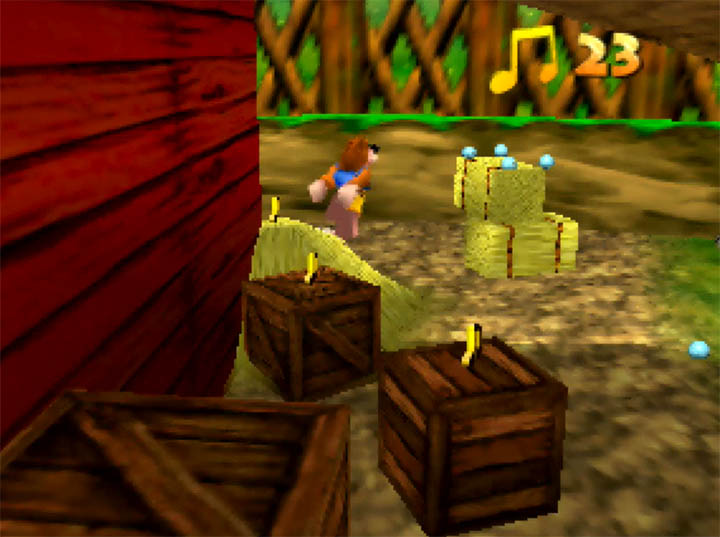 What’s Banjo-Kazooie: The Hidden Lair about?

This means that only Banjo and Kazooie’s moves and abilities from the first game are usable. 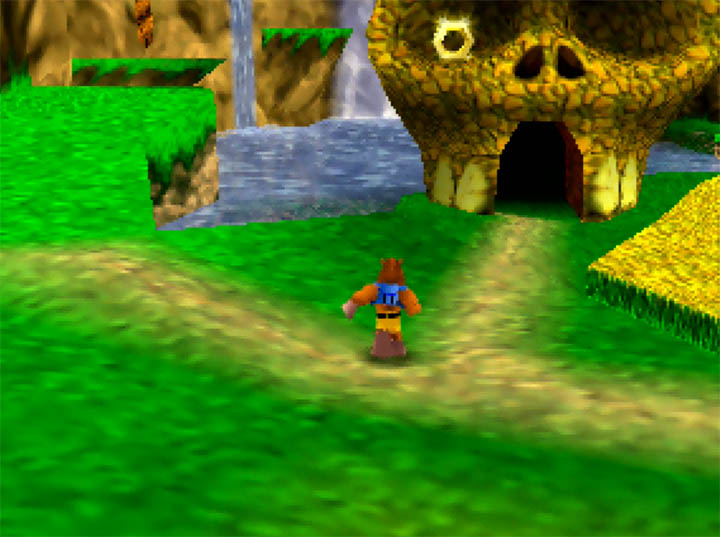 As per all Banjo-Kazooie games, the demo starts in Spiral Mountain. This area has been modified slightly, and is now also where Mumbo lives.

The recently revived Bottles warns the bear ‘n’ bird that he thinks Gruntilda the witch is at it again. 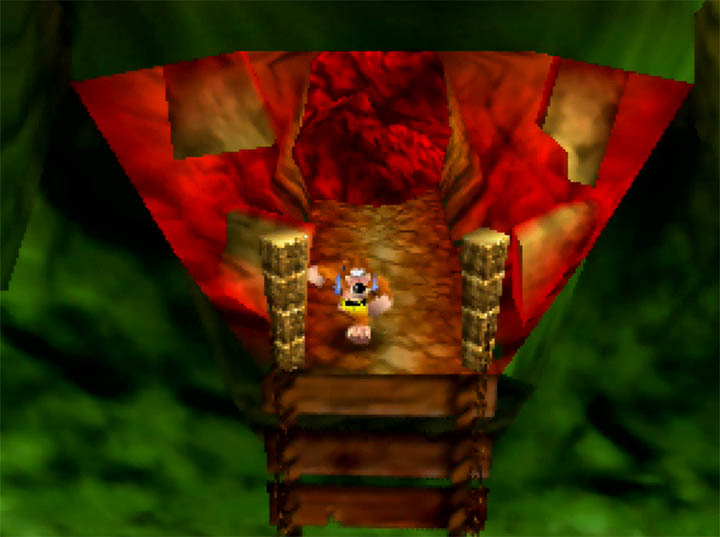 The only problem is that the door to Grunty’s lair is now sealed. As a result, you’ve got to find another way in.

Once you’ve solved this fundamental issue, you find yourself in a brand new part of Gruntilda’s lair. 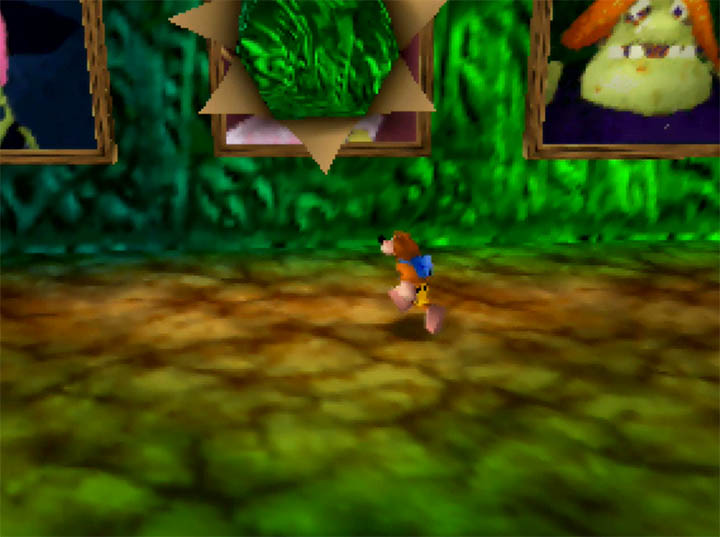 Exploring this hub is just as much of the experience as the individual worlds themselves.

There are Jiggy pieces to find and then use to unlock worlds in a similar fashion to the original game.

Harvest Hills is Banjo-Kazooie: The Hidden Lair’s first world. It’s based in an agricultural setting, home to wheat fields, a forest, a barn, and even a windmill.

It’s amazing how just how massive the world is. There’s lots to see and do, and every inch of the landscape is impressive in terms of detail and topography. 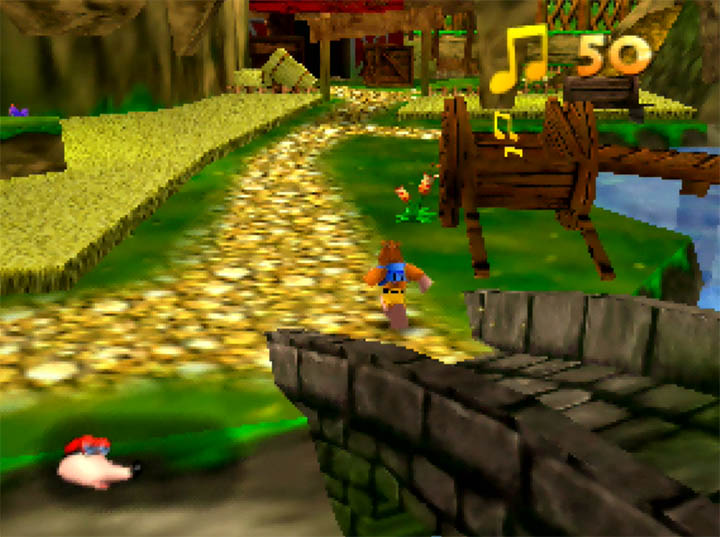 The world even has its own music, and this changes depending on whereabouts you are in it.

Most of the Jiggy challenges typically involve platforming and climbing sections. One of the challenges also requires you to transform into a termite – courtesy of Mumbo. 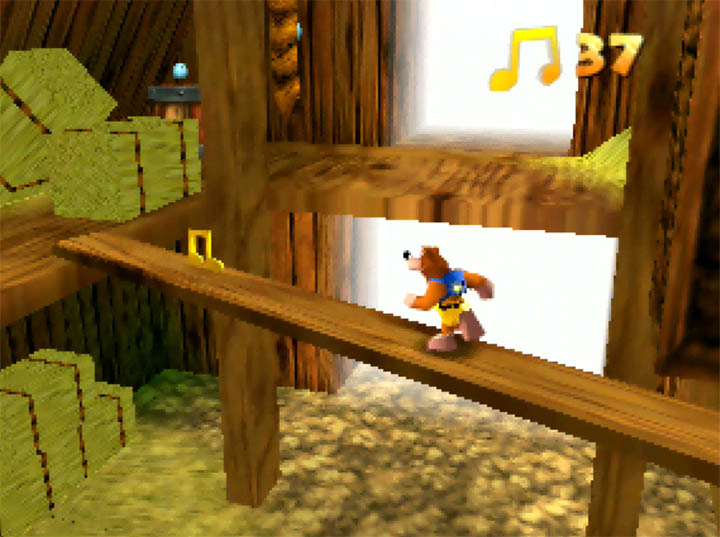 It’ll be interesting to see whether or not the final game only re-uses old Mumbo abilities. It’d be amazing if Daveyx0 is able to add in new ones somehow.

Overall, Harvest Hills is a world that wouldn’t feel out of place in either of the original N64 Banjo-Kazooie games. 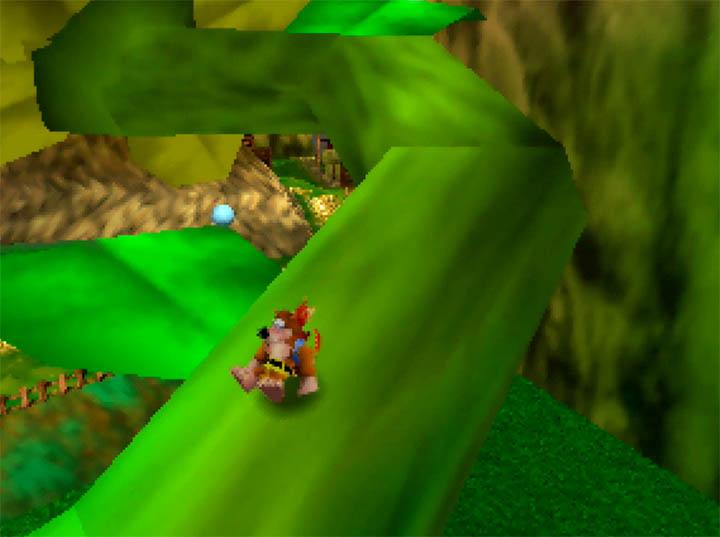 How can I play the Banjo-Kazooie: The Hidden Lair demo?

You can download the Banjo-Kazooie: The Hidden Lair patch in the demo trailer’s video description on YouTube.

This is a xdelta patch. So you’ll need to use Delta Patcher to apply it too an NTSC ROM of Banjo-Kazooie. 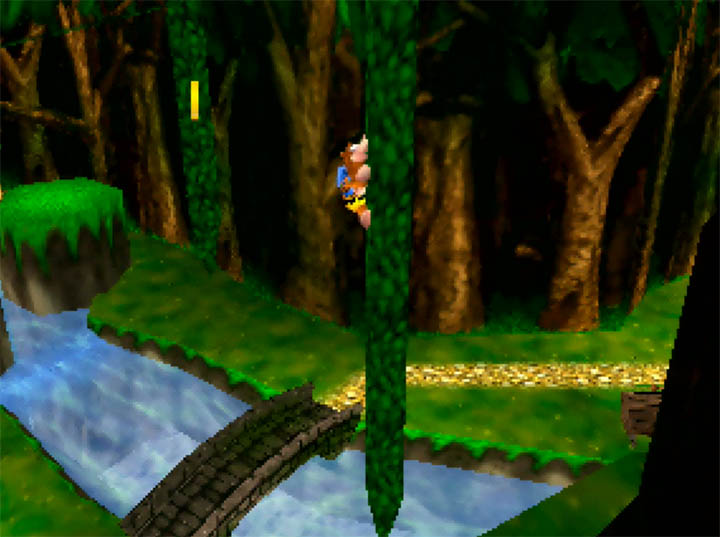 Make sure you use version 1.0 of the ROM – other versions do not work.

To play on an N64 console, you’ll need a flashcart such as an EverDrive 64. Put the patched ROM on your EverDrive 64’s SD card and boot it up like any other game. 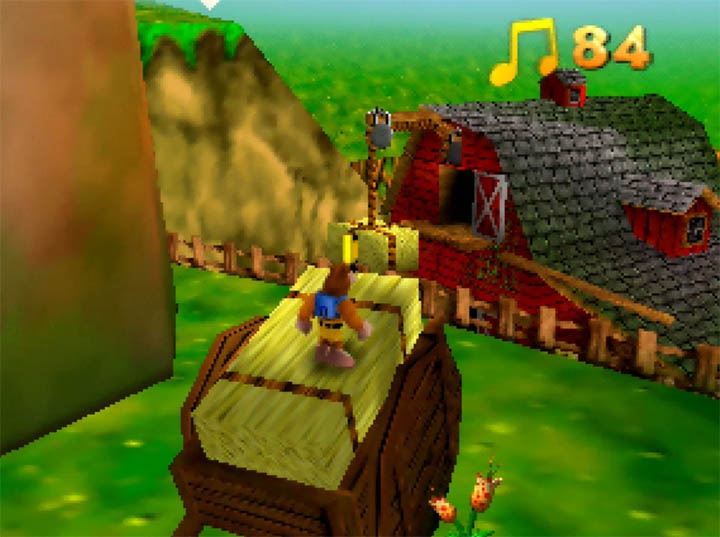 The demo does work on console – and I didn’t encounter any game-breaking bugs or glitches. 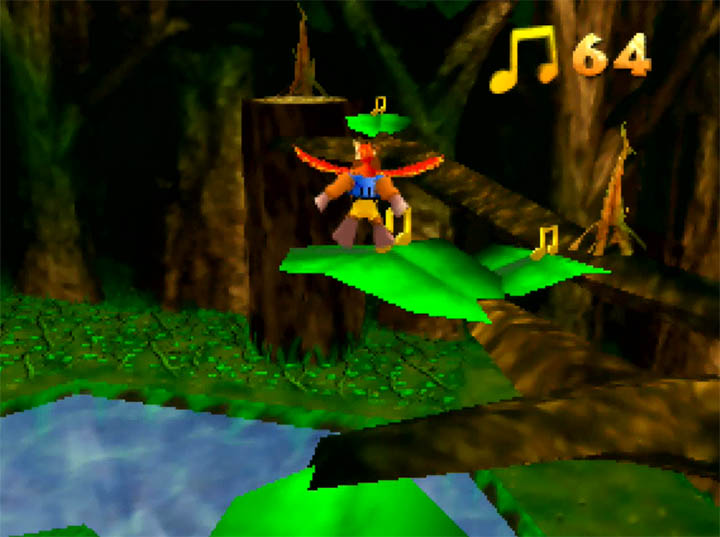 However, there’s a lot of slowdown in parts. In particular, the large open areas of Harvest Hills can make the game very sluggish.

Nevertheless, it remains playable enough throughout. 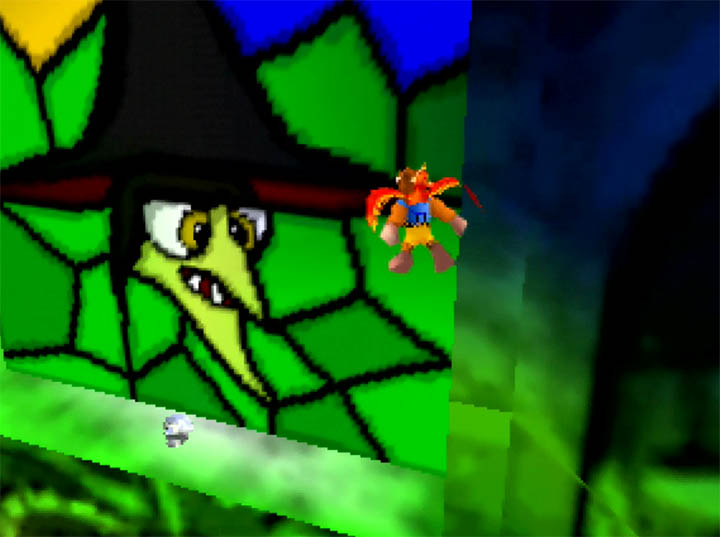 Banjo-Kazooie: The Hidden Lair is shaping up to be a superb N64 mod based on this first glimpse. 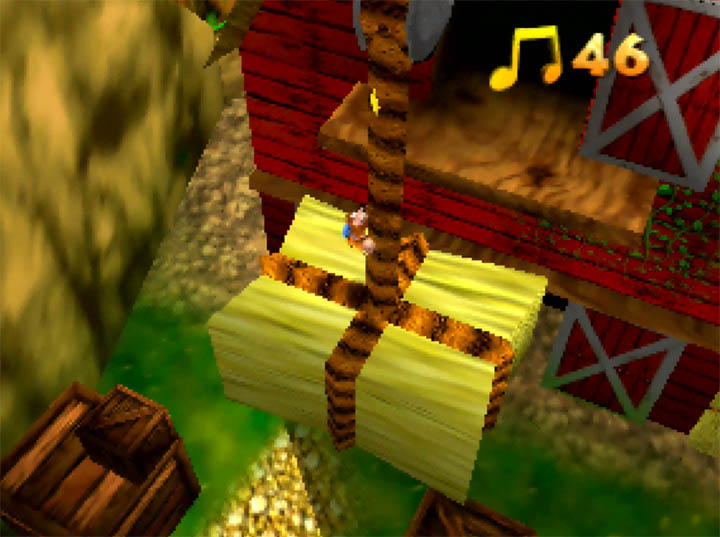 The performance issues on N64 are slightly disappointing. That said, the game still runs better than many official N64 games.

It’ll be interesting to see if the full game will be fully compatible with original hardware. 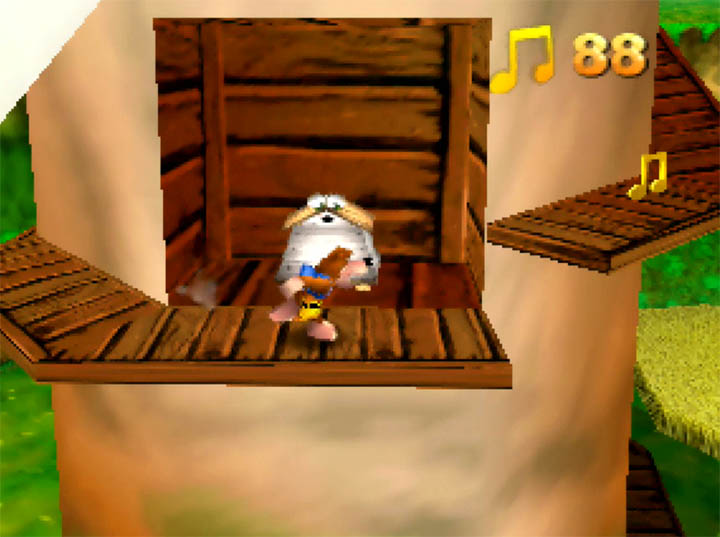 Unfortunately, it sounds like we’re in for a long wait. Daveyx0 is currently working on the second and third worlds of nine.

So let’s just hope we get another demo or two in the meanwhile! 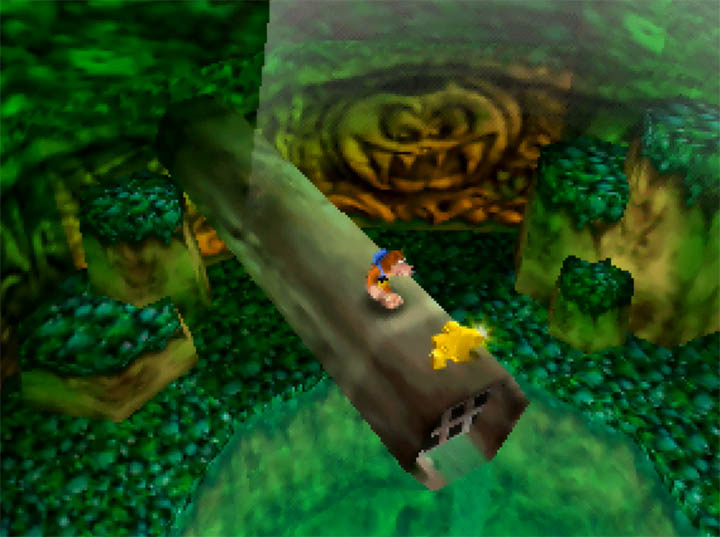 Are you looking forward to the final game?