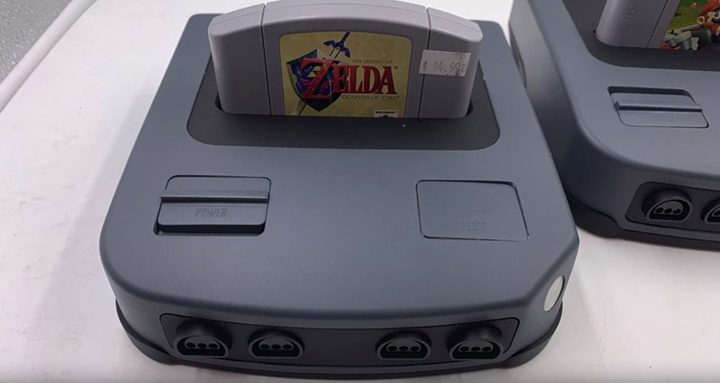 However, it looks like the Ultra Retron uses Mupen64, an N64 emulator, to actually run the games. Given how iffy N64 emulation continues to be, this could result in compatibility and performance issues.

We were able to reproduce this with our Mupen64Plus-Next core. You will only get this glitch if you have to turn certain settings off because framebuffer emulation is too expensive for very cheap ARM devices. As core author, @m4xwdev will be expecting full sourcecode upon release pic.twitter.com/gZIaS5m632

It’s not currently known how compatible the entire N64 library will be with the console.

Otherwise, the Ultra Retron has an HDMI port on the back, but no details concerning output resolution have been announced yet. Based on a video released by Steel on his YouTube channel, it looks like the image is upscaled.

Interestingly, the sneak peak video shows a Hyperkin-branded N64 controller. This pad has a GameCube-style stick, and looks similar to the original N64 controller.

Will official controllers and recent pads such as the Tribute 64 and Brawler 64 work? Looks like we’ll have to wait until next week to find out!

Hyperkin is also planning to release its own take on the N64 Hori Mini Pad: the Admiral controller. It’d be surprisingly if this new pad didn’t work with the Ultra Retron.

The Ultra Retron’s shape and size looks similar to a Super Nintendo console. But as this is still a prototype, there’s a good chance this design will change over time.

We’ll have to wait until E3 2019, which takes place next week in Los Angeles, for more information about the system.

Are you excited about the Ultra Retron N64 clone console?

Image credit: the featured image for this article is sourced from the YouTube video in this article. It does not belong to N64 Today or anyone associated with the site.