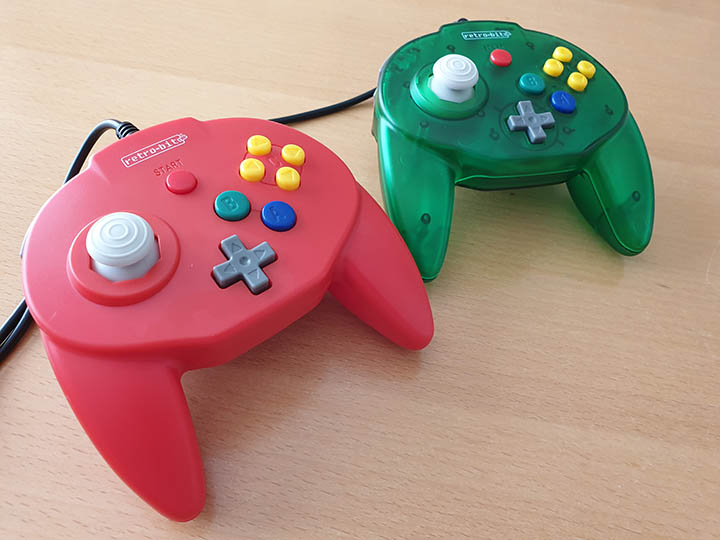 Tribute 64 is a fitting name for Retro-bit’s new N64 controller. After all, it’s clearly inspired by none other than the N64 Hori Mini Pad.

It’s a smart move on Retro-bit’s part given just how popular Hori’s dinky pad is with N64 enthusiasts even today. 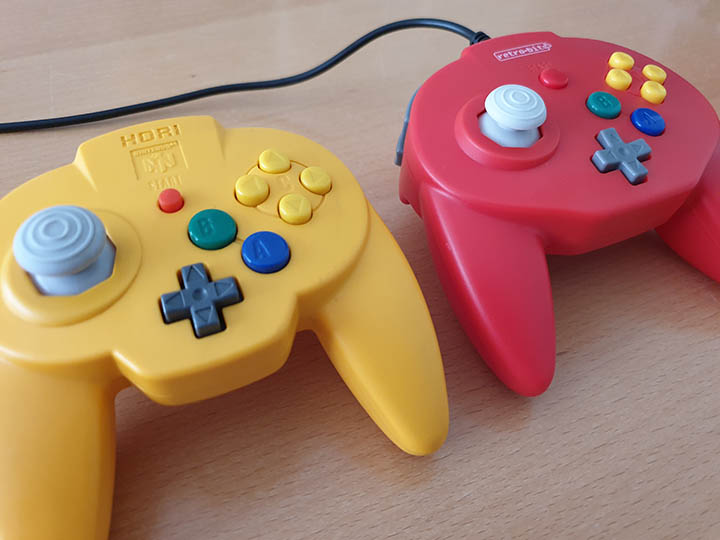 And while the Hori Pad is expensive and difficult to track down, Retro-bit’s homage is affordable and in plentiful supply.

But just how does it compare to the real thing? And what about other controllers, such as the official N64 controller and Retro Fighters’ recent Brawler 64 pad? 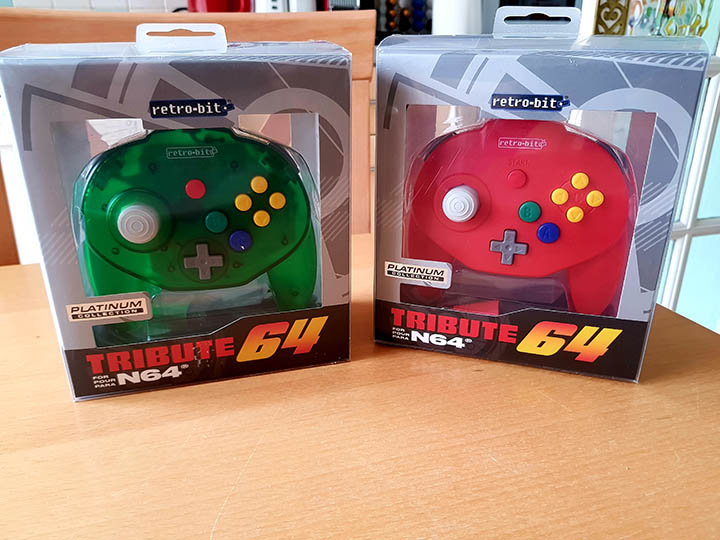 The Tribute 64 controller is compatible with N64 consoles and has the following features:

Retro-bit also plans to release a USB version to use with PC, Mac, Nintendo Switch, and other devices. Note: this review only covers the N64 version. 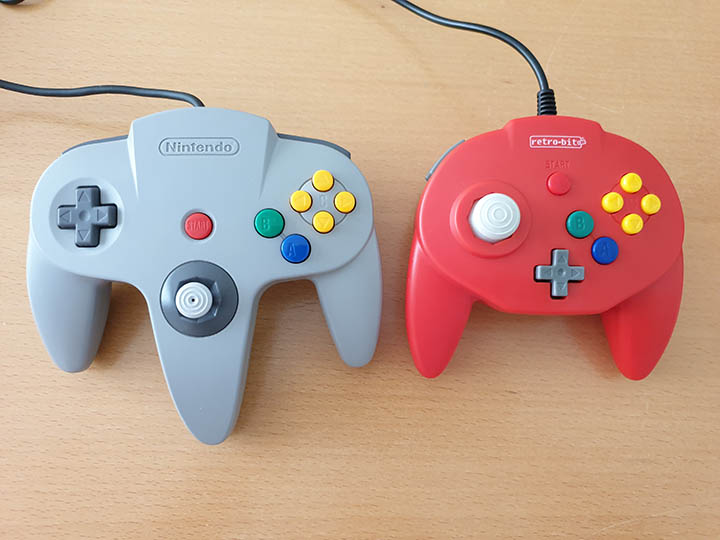 However, it’s ever so slightly larger, and the grooves where the prongs meet the base of the controller are less pronounced. 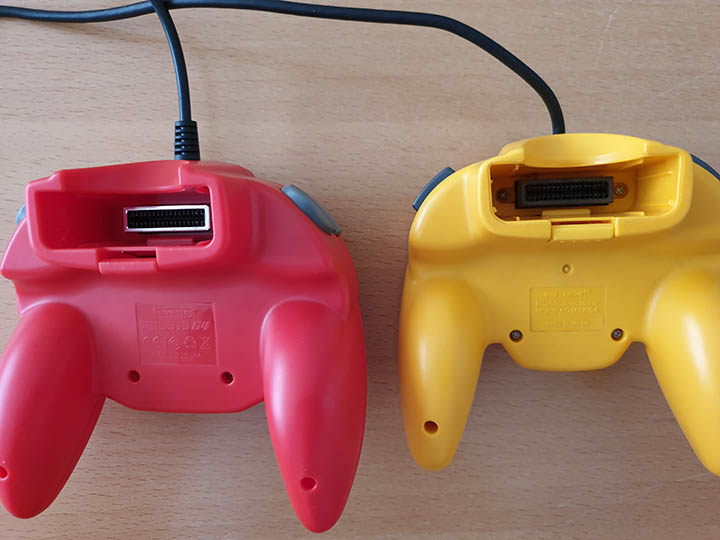 Despite its larger size, the Tribute 64 is actually 5g lighter than the Hori Pad, weighing in at 148g (excluding the cable).

It’s a tad heavier than Retro Fighters’ Brawler 64 pad, but still around 40g less than the original N64 controller. 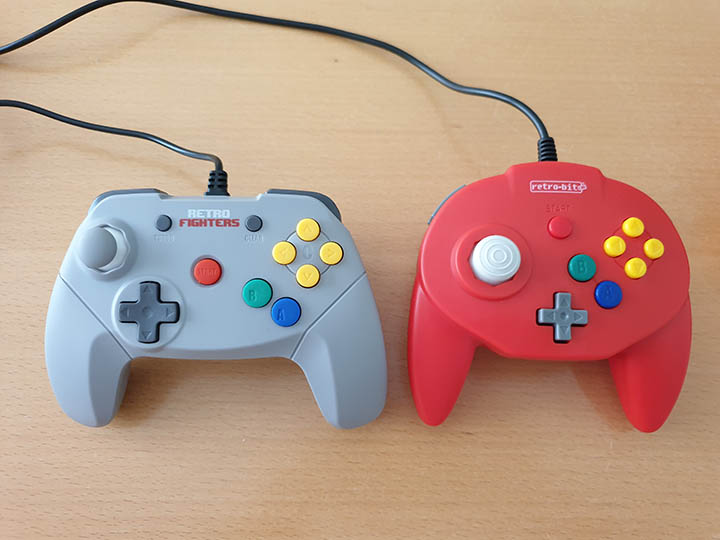 The plastic shell is decent quality, and the transparent colours look especially nice. Not bad for a relatively cheap controller.

The prongs are contoured to wrap your fingers around, and when held this way the Tribute 64 sits snugly in your hands. Your thumbs naturally rest over the joystick and A button in this position. 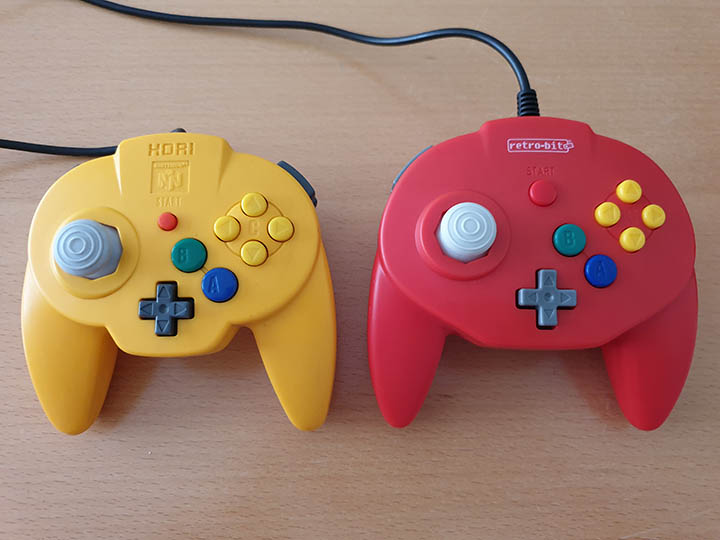 But unless you have very small hands, you’ll find the shoulder buttons sit under the middle of your index fingers.

These buttons are still perfectly usable, but it may take some getting used to. 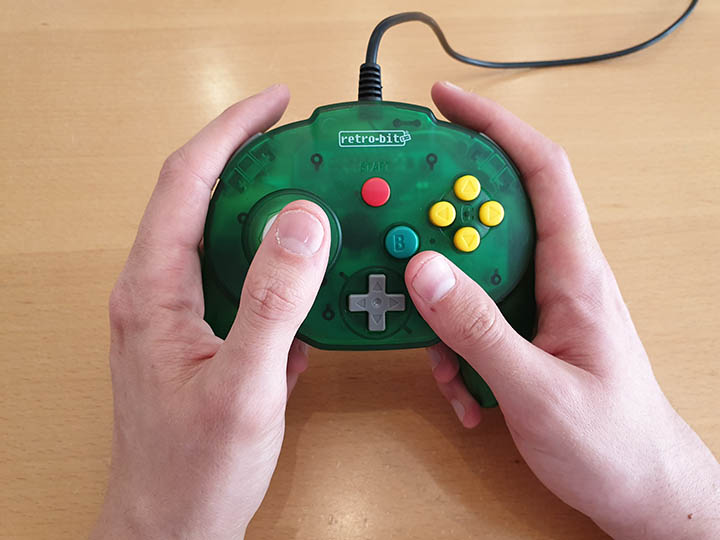 Unlike the Hori Pad, the expansion port on the Tribute 64’s underside doesn’t press up against your middle fingers.

The difference is pretty minimal, but players with thicker fingers will likely appreciate the extra space. 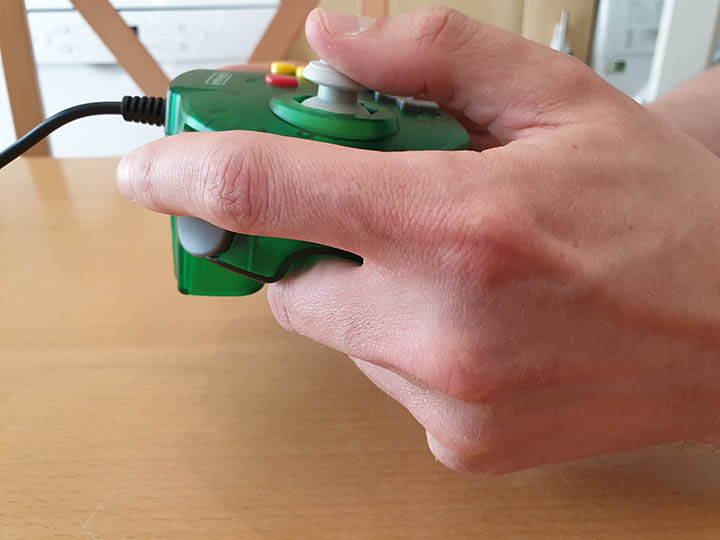 The Tribute 64’s joystick is very similar to that of Nintendo GameCube controller. It too is rubbery, but the head has a larger diameter. 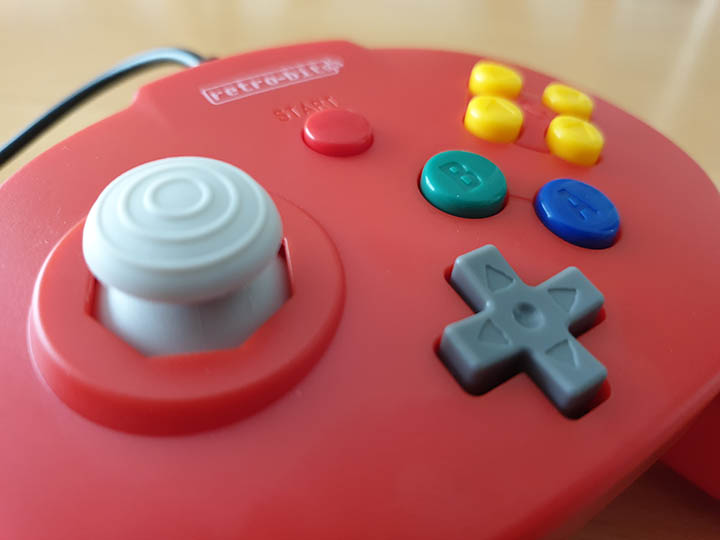 However, take a closer look and you’ll see the textured grip lines are more raised and closer together on the Hori Pad. The stick’s also a little taller.

These differences may seem like minor details in the grand scheme of things. But because the Tribute 64’s joystick offers more resistance when pushed, you may find your thumb slips more easily. Especially if your hands tend to get sweaty when playing. 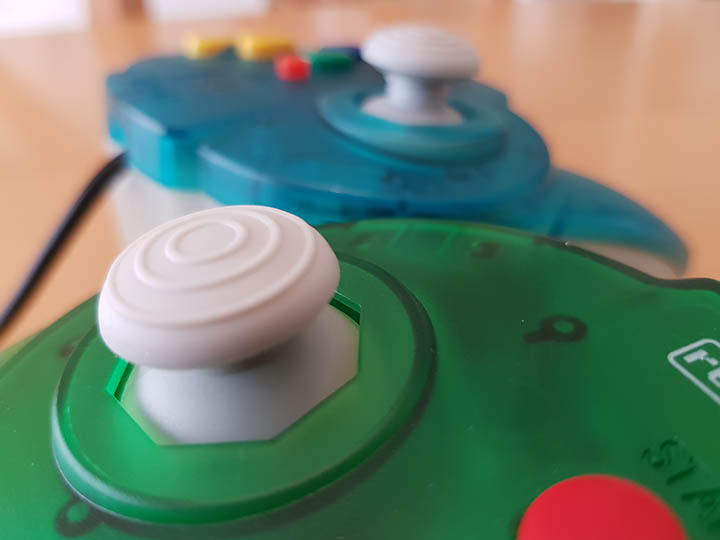 Generally, the stick is a lot more comfortable and durable than the official N64 controller’s. You can put it through its paces in Mario Party‘s stick-spin games or Super Smash Bros. 64 without damaging the stick or your hands.

It also sits in an octagonal gate as per most N64 controllers. However, it doesn’t “lock” into the grooves on the right-hand side like it does on the left for some reason.

I benchmarked the Tribute 64’s joystick range against other N64 controllers using the Compo 2012 NEOFLASH N64 controller test software. You can find the results in the screenshots below: 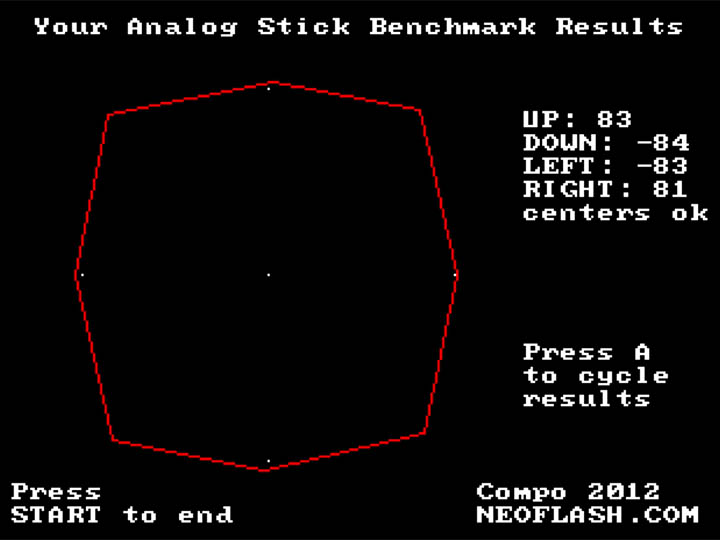 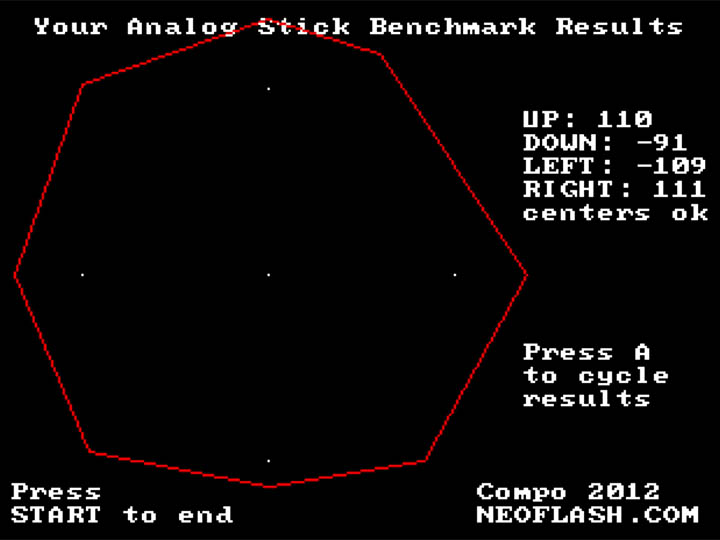 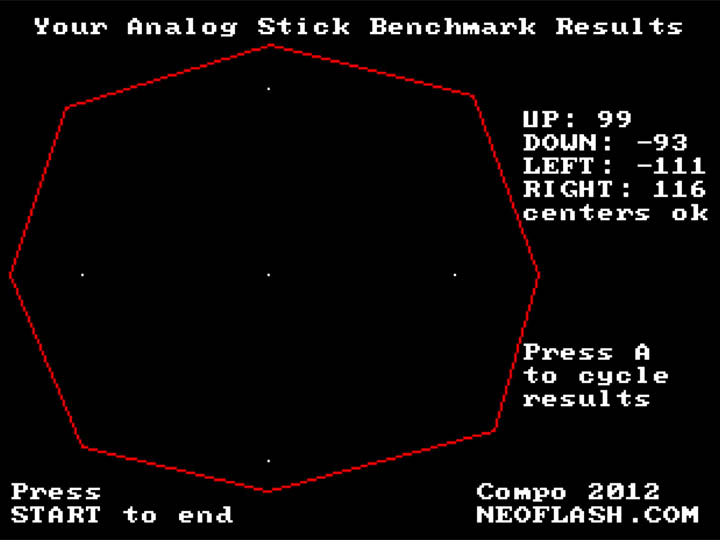 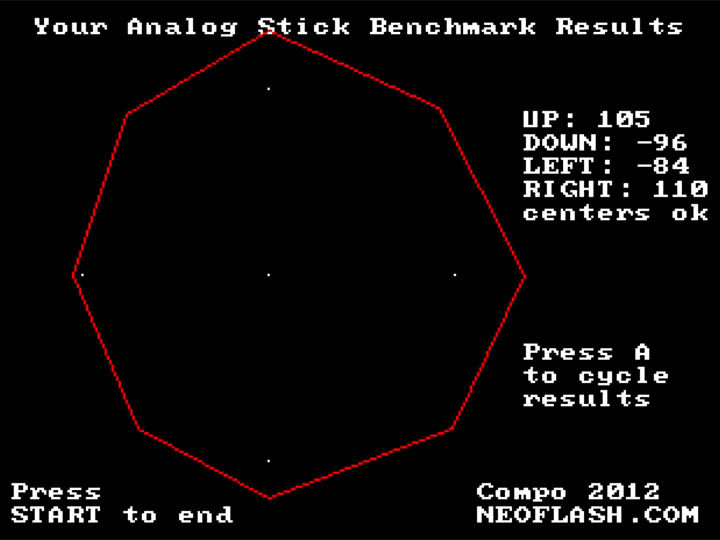 The Tribute 64 has a much higher deadzone than the official N64 controller (around the 110 mark compared to the original’s max range in the low 80s).

As a result, this pad is a lot more sensitive than the original. You don’t need to push the stick as far before reaching the maximum range virtually all N64 games use.

It comes close to the N64 Hori Mini Pad in terms of performance, although the top-right range is worryingly off. I tested a second Tribute 64 controller and got similar results. 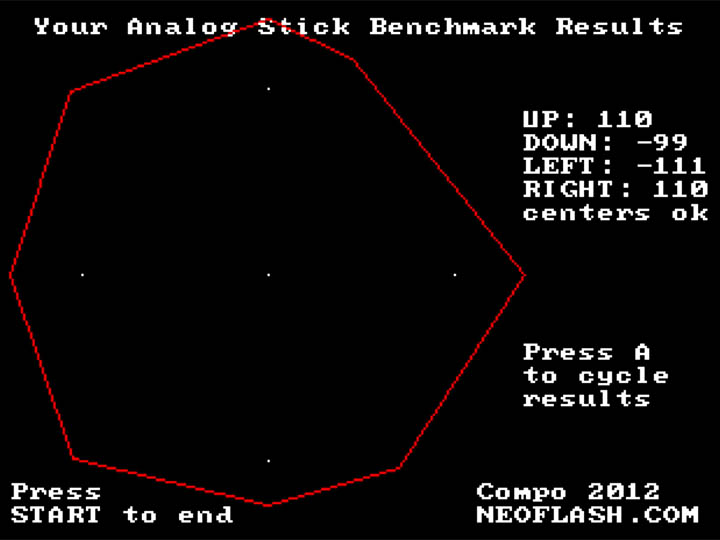 Perhaps the right side of the octagonal gate is to blame for this?

The Tribute 64 stick’s extra range isn’t a problem for some types of games, such as 3D platformers.

In fact, it can be advantageous in some instances. For example, you can turn more quickly in some racing games. 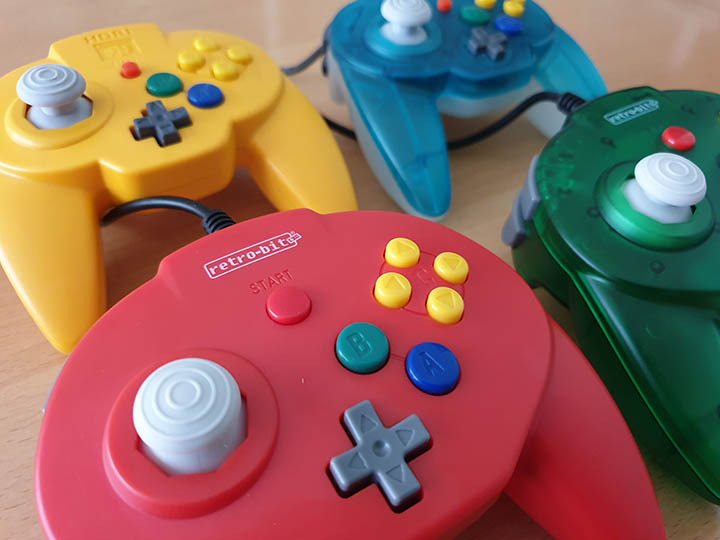 But much like the N64 Hori Mini Pad, the Tribute 64 falls down in games that require very precise control.

It’s difficult, for example, to aim down sights in Perfect Dark or GoldenEye 007. Even pushing the stick very slightly moves the on-screen sight more than you’d expect.

It’s also harder to hold your aim, as the oversensitive nature of the stick causes the sight to jitter. 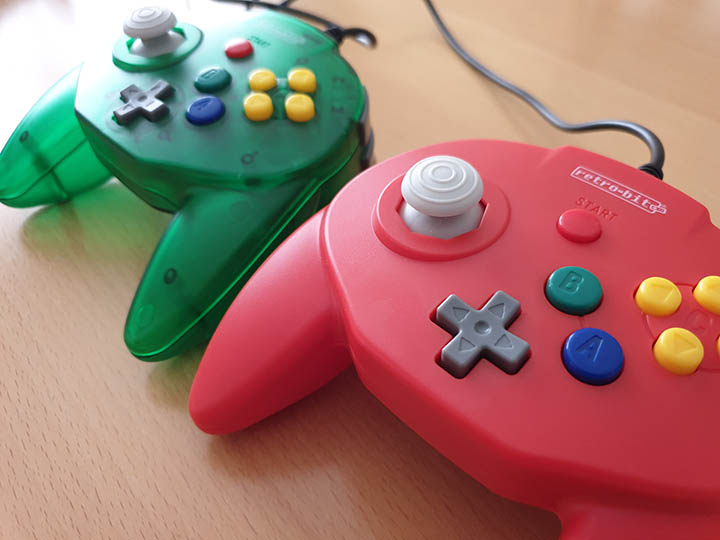 Interestingly, this controller fares better than both the Brawler 64 and the Hori Pad in F-Zero X, which seems quite playable.

This could be down to the stick’s higher resistance possibly preventing accidental overturning.

The only way to know whether a game will play well with the Tribute 64 is to try it. Nevertheless, you probably shouldn’t retire your official N64 controller just yet. 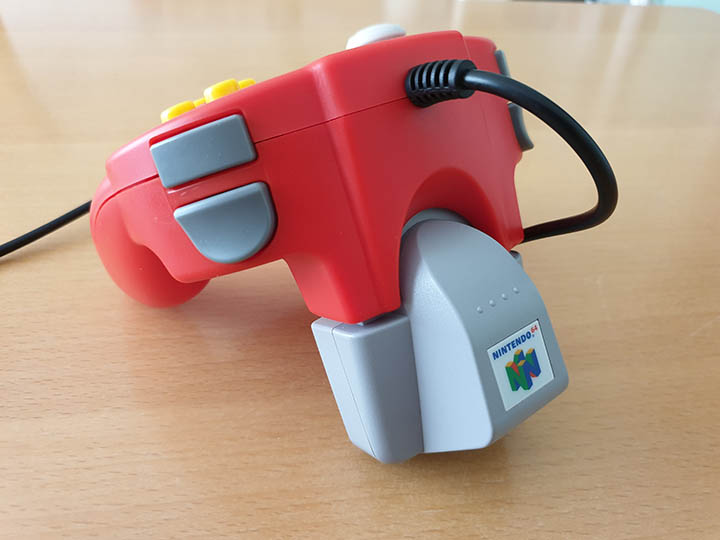 The D-pad is located in the bottom-middle of the Tribute 64’s face. It’s small just like the one on the N64 Hori Mini Pad, but not as raised nor as spongy to press.

As you may have already suspected, the Tribute 64 is not an ideal controller choice for D-pad-heavy games.

For example, the size makes it difficult to pull off accurate directional inputs in fighting games. 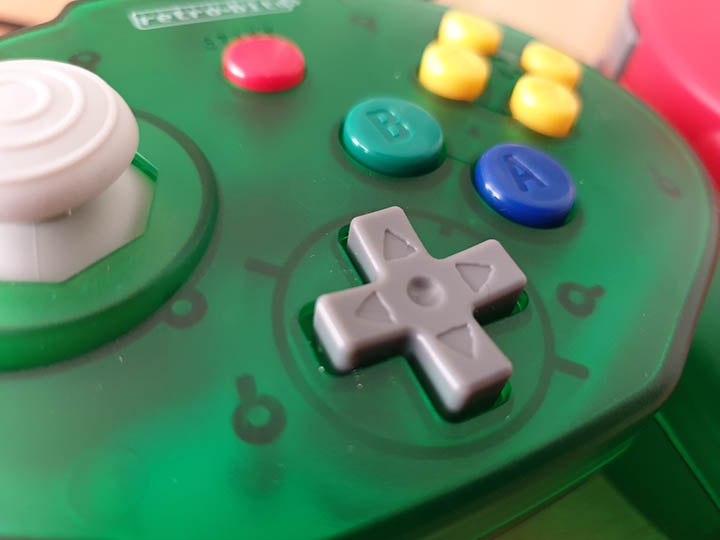 It’s also very close to the A button, meaning your thumbs are practically touching when using it.

Still, the location of the D-pad is ideal for games that use it in a secondary capacity.

No longer must you stretch your thumb to reach the D-pad like you had to with the original controller – it’s just right there for you.

Retro-bit has wisely chosen to mimic the N64 Hori Mini Pad’s button layout for the Tribute 64. This is just as well given the Hori Pad’s layout resemble the official controller’s.

The A, B and C buttons are located in the usual pattern and have a good amount of space between them. They’re all slightly smaller than their equivalents on the original controller and have a similar amount of travel to them.

Your thumb doesn’t have to move too far between each one. At the same time, it’s unlikely you’ll accidentally hit the wrong one.

They’re a little bit noisier to press than both the original controller and Hori Pad. But thankfully, they don’t anywhere near as loud as those on the Brawler 64. 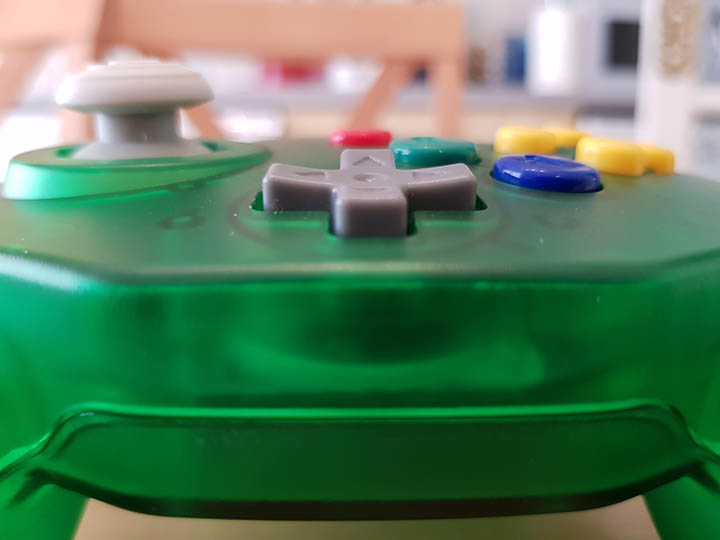 The start button is larger and slightly more raised too. More importantly, it’s not as close to the B button as it is on the Hori Pad.

So there’s a good chance you won’t hit it by mistake when mashing the B button – something Super Smash Bros. 64 players will no doubt appreciate. 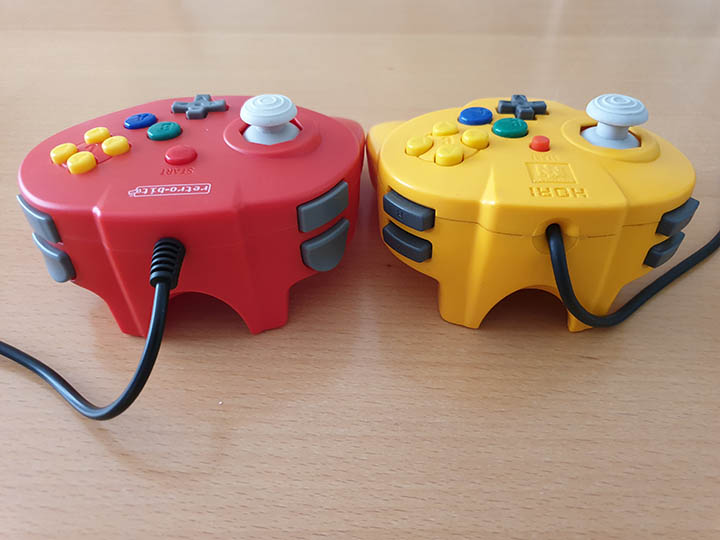 Oddly, they’re the only buttons on the controller to not have an engraved letter on or next to them.

L and R are positioned at the top and on opposite sides to one another. Then there’s a Z trigger underneath each one.

The Z triggers are identical in terms of functionality, so which one you use is a matter of preference.

If you’re comfortable using your index and middle fingers on the same hand then you can just use one side of the controller.

These triggers curve outwards slightly at the bottom too. As a result, you either press the button fully or just press towards the bottom of it.

You have to press down a tiny bit further than the original pad’s Z trigger, but it’s not enough for it to impact your experience negatively.

You can use Rumble Paks and memory cards with the Tribute 64 controller. I didn’t come across any functionality issues when testing them.

However, it’s worth noting that neither the official Rumble Pak nor Controller Pak sit flush within the port. 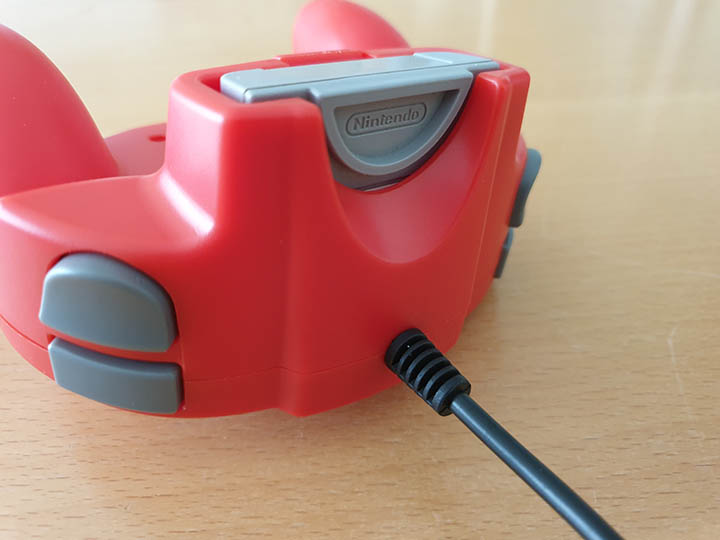 They sit securely in the slot. It’s just the surrounding plastic doesn’t line up. It’s not a functional issue at all – just something you might notice.

The Tribute 64 isn’t compatible with the Transfer Pak, as Retro-bit has previously stated. The Pak will just about fit into the slot, but it may get stuck. Speaking from personal experience, I recommend you don’t try this. 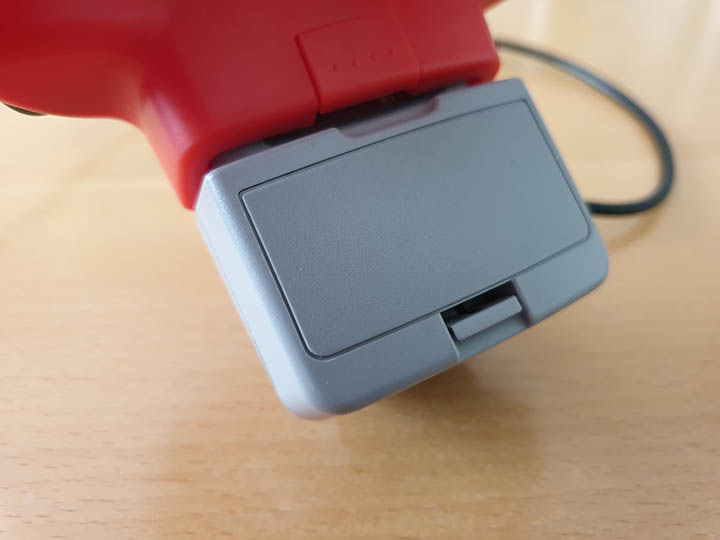 For the most part, the Tribute 64 lives up to its name.

The build and material quality are good. It’s got a nice size to it. And the buttons are generally well placed.

That said, the Tribute 64 does such a good job of copying the N64 Hori Mini Pad that it even shares some of the same flaws.

For example, the D-pad’s small size and central position make it virtually useless as a primary controller input. It’s also far too close to the A button. 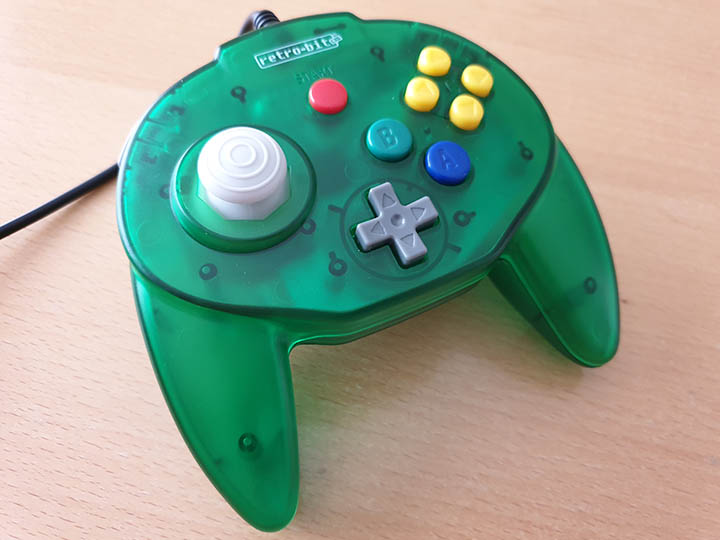 And just like the controller it’s based on – and every other aftermarket N64 pad for that matter – its joystick doesn’t come close to the precision and sensitivity of Nintendo’s original. In fact, it even falls short of the Hori Pad.

These are the two biggest flaws with what is otherwise a great pad. And when it costs a fraction of what a Hori Pad does, it’s hard to complain. Not to mention that what the stick lacks in accuracy, it makes up for in durability over the official controller’s joystick.

When it comes to many N64 games, Retro-bit’s new pad is an ideal, affordable alternative.

Just make sure you keep an original controller on hand for the games it doesn’t cope with.