It felt like the cutting edge of gaming in 1997. But over 20 years later, GoldenEye 007’s famous multiplayer mode is a painfully sluggish experience at times.

Or at least it was until GoldenEye 007 Tournament Edition appeared. Developed by Wreck over at N64 Vault, this new mod is designed to optimise GoldenEye 007’s performance.

There are two versions, both of which are completely free to download. And they even work on an original N64 console. 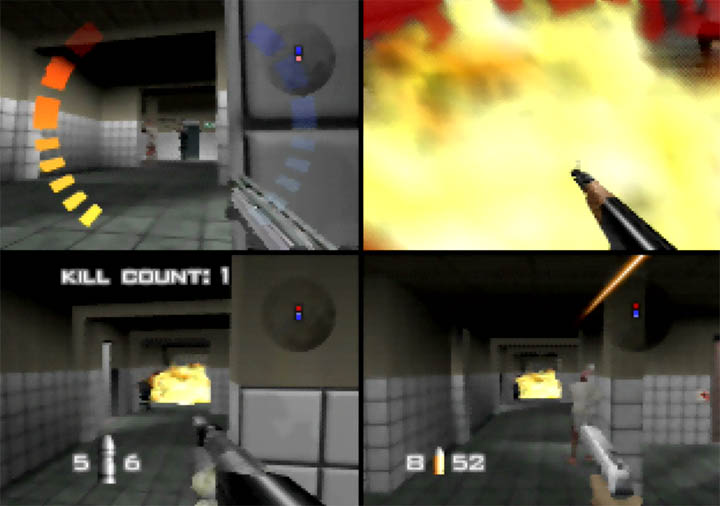 What does GoldenEye 007 Tournament Edition do?

GoldenEye 007 Tournament Edition features a number of optimisations intended to reduce slowdown. While the mod affects the entire game, it was primarily created with multiplayer in mind.

Such improvements are only possible by making compromises in other areas. Specifically by reducing the amount of stuff the game has to render on screen at any one time.

But the knock-on effect is actually pretty minimal thanks to Wreck adopting a few very clever approaches. 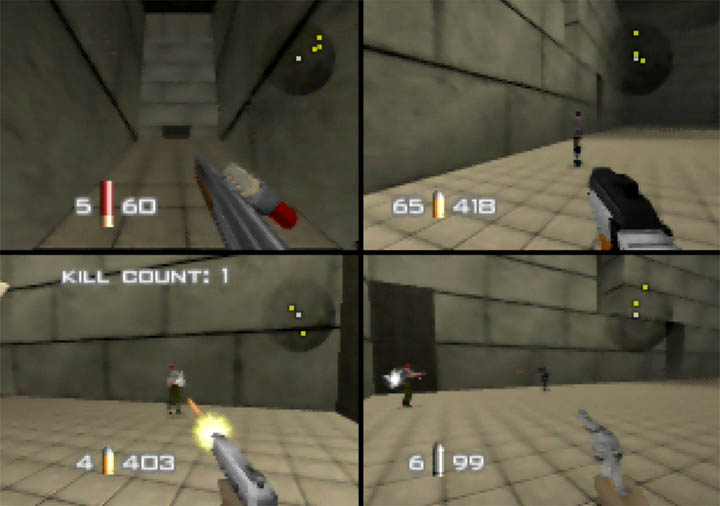 For example, the game now only draws the visible parts of the weapon when you’ve got them equipped. It’s not a noticeable change at all – unless you dual-wield some weapons.

Even then, that only affects the single-player mode, as dual-wielding isn’t possible in multiplayer.

The original GoldenEye 007 uses two models for most characters: a low- and high-poly version. Which one you see depends on how close you are to the character. It also varies by character.

This helps with performance, but Wreck has taken it one step further. Now, the distance at which low-poly models render is much shorter for all characters.

And much like with the weapons optimisation, it’s barely noticeable during all the action – at least on an N64 console.

Bullet collisions and explosion effects have also been reduced. In particular, explosions give off half the amount of smoke they previously did. 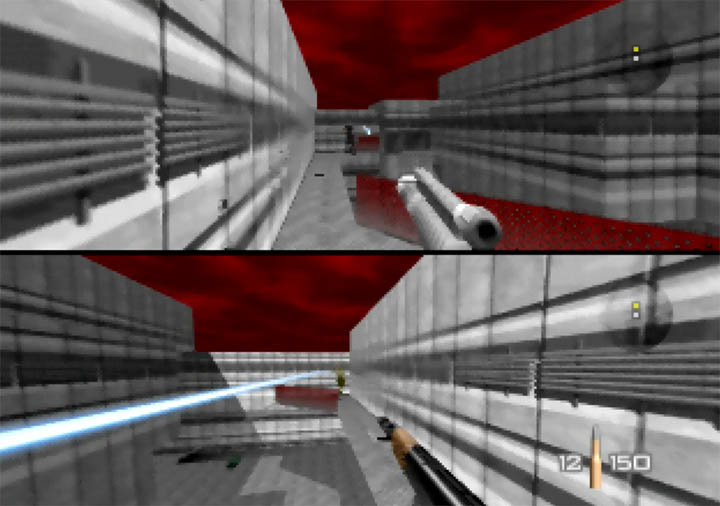 With or without music?

GoldenEye 007 Tournament Edition comes in two versions. They’re both identical, except one of them has no music.

It’s not known whether it actually improves performance, but it does give the N64 less to process. So you may want to consider it just in case.

After all, other N64 games such as Mario Kart 64 adopt this approach in multiplayer for the very same reason. 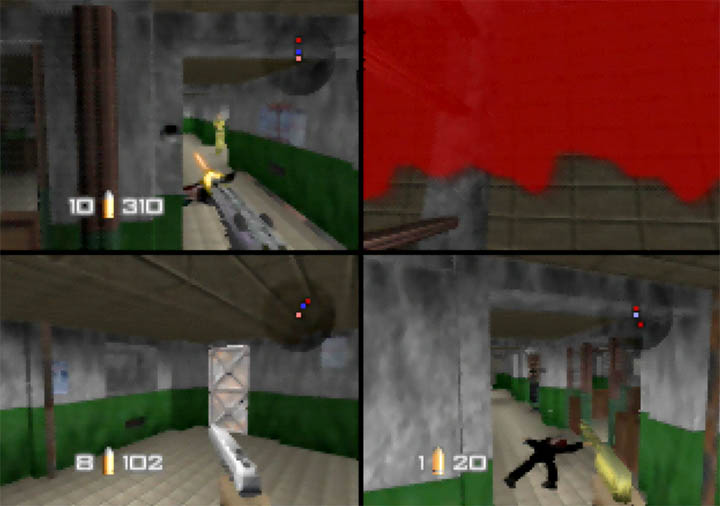 Is it a smoother experience? Let’s put it to the test!

By using GameShark codes to monitor frame rate, I was able to compare GoldenEye 007 Tournament Edition’s performance to the original game.

It doesn’t seem to be the most precise way of measuring this, but it does still give a good indication.

Below, I’ve included what I found across both the single- and multiplayer modes. Note that the game displays the frame rate as hertz, as you can see in the screenshots. 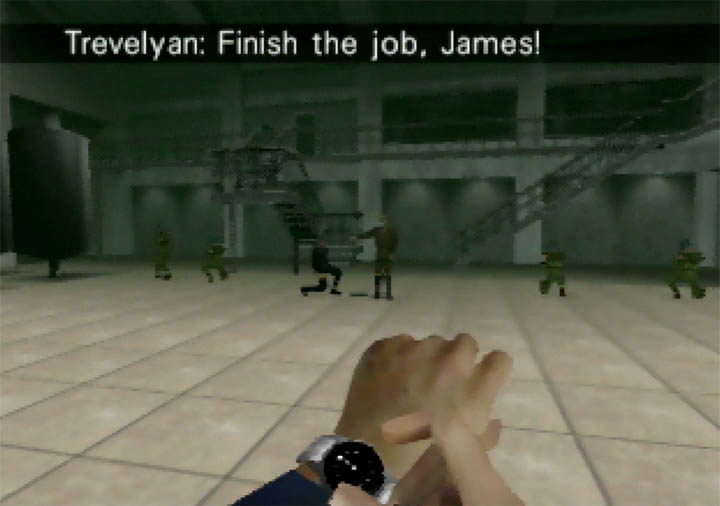 GoldenEye 007’s Dam mission seemed like an ideal choice for testing. It has a good mix of large open areas and narrow, enclosed sections.

Both the original game and Tournament Edition managed to very occasionally hit 30 frames per second (FPS). 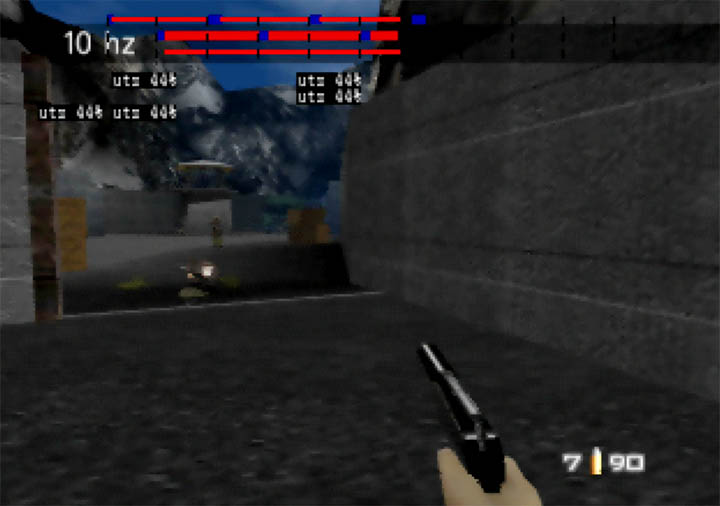 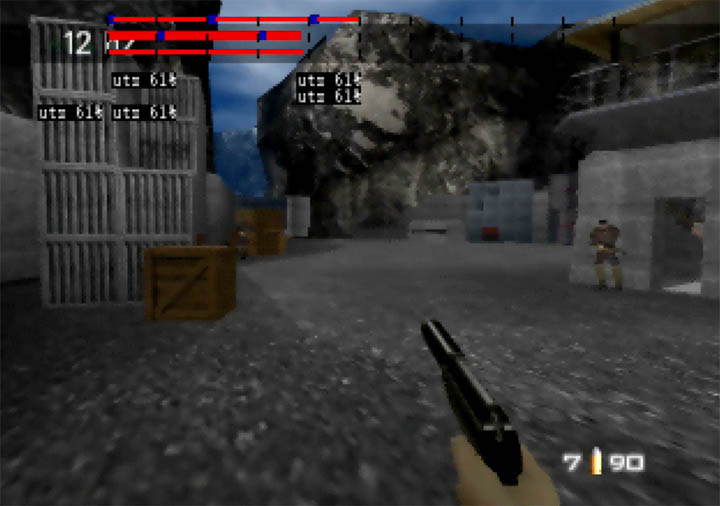 Generally, both versions were running at 15 FPS, but the original game dips more frequently to 12 FPS. Even then, there’s really not much in it.

The lowest recorded frame rate (excluding cutscenes) was 10 FPS for GoldenEye 007 and 12 FPS for Tournament Edition.

For this test, I chose the Bunker map. It only supports up to three players and so is one of the more demanding maps.

I also opted for Power Weapons, as firing multiple RCP-90s is a recipe for slowdown. 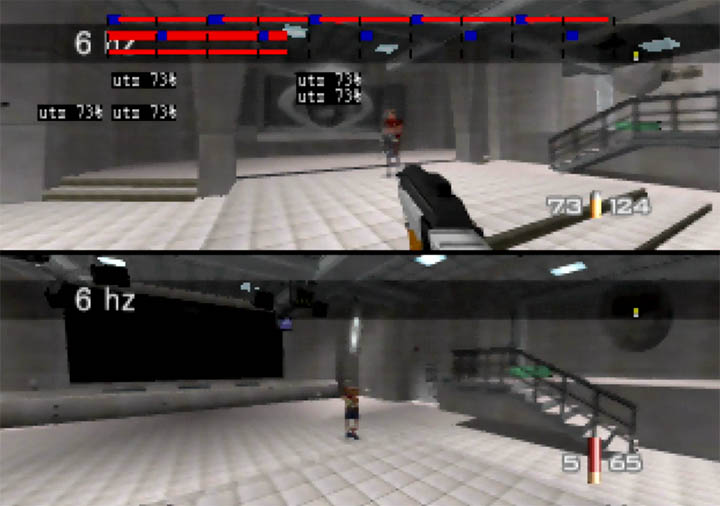 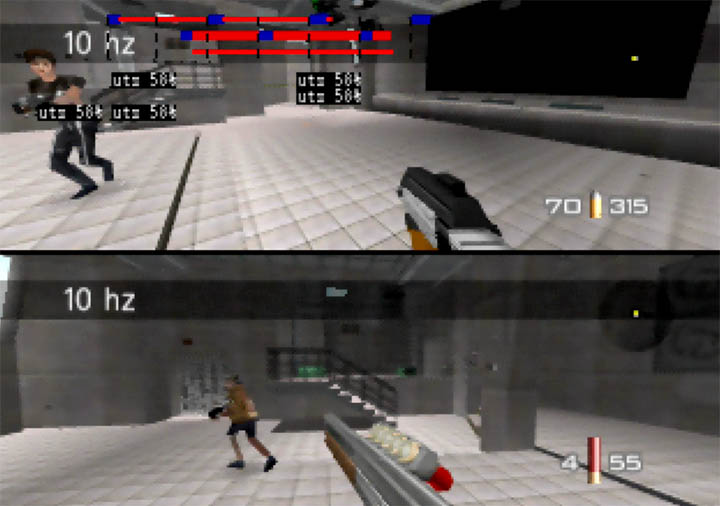 Interestingly, this test provided similar results to the single-player experiment. The game achieved 30 FPS very rarely, and mostly sat around the 15 to 20 FPS mark.

However, the original game dropped more frequently to 12 FPS during combat. Also, Tournament Edition only dropped to 10 FPS at its lowest, whereas the original went down to 6 FPS at one point.

What better way to stress-test than by putting four players in the relatively open Temple map with rocket launchers?

The most shocking find here was that Tournament Edition managed to drop to 5 FPS, whereas the original only went as low as 6 FPS. But as you can see in the comparison shots, there’s a lot more happening on screen in Tournament Edition. 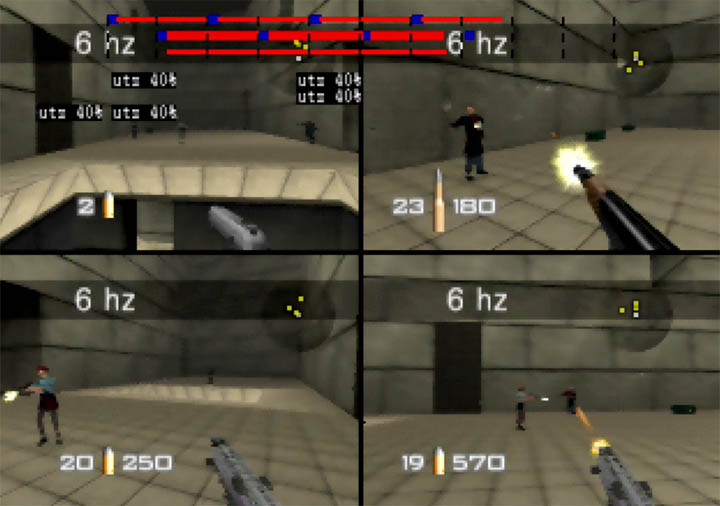 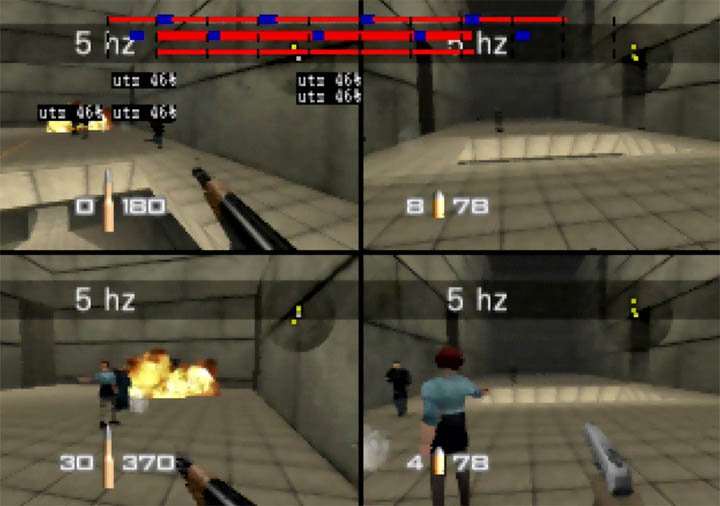 Both versions only hit a maximum of 20 FPS with four players. The game mostly hangs around 15 FPS when players are in separate areas, but drops to 12 FPS if all characters can see one another.

However, Tournament Edition’s improvements don’t have much of an impact on combat. In both, the frame rate was typically 6 to 8 FPS during heated action. 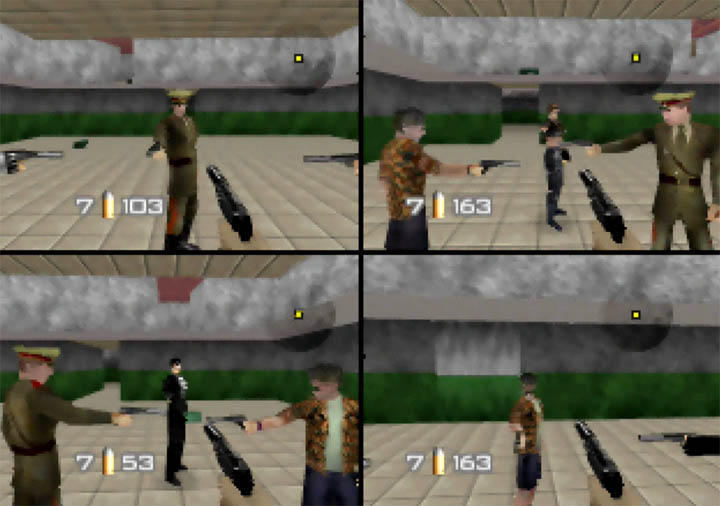 GoldenEye 007 Tournament Edition isn’t a game-changing mod. But you can generally expect a slightly smoother experience from it.

Wreck has listed further potential optimisations they’d like to make. Given what’s already been achieved, it’s possible we could see a much starker contrast between the two versions in future.

Does GoldenEye 007 Tournament Edition have any other features?

Helpfully, all multiplayer maps are unlocked from the start and support up to four players. 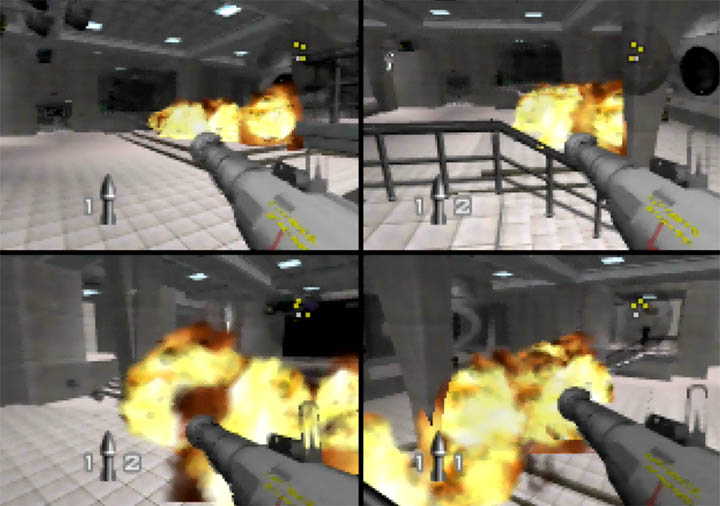 There are also more characters to choose from, and players can even opt to play as the same person. Some of these are, in fact, alternative costume options for existing characters.

Wreck has fiddled with spawn points and tweaked the Flag Tag mode to refresh the game for veteran players. 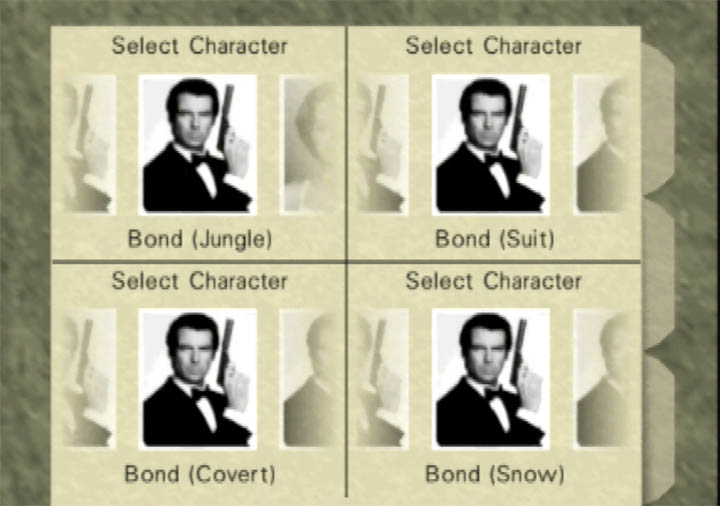 One of the most notable changes is the absence of Oddjob.

As per the long-established, yet unwritten rule, choosing him is cheating. So it only makes sense he’s now gone.

Apparently it’s still technically possible to pick him – but only by being a dirty cheater! 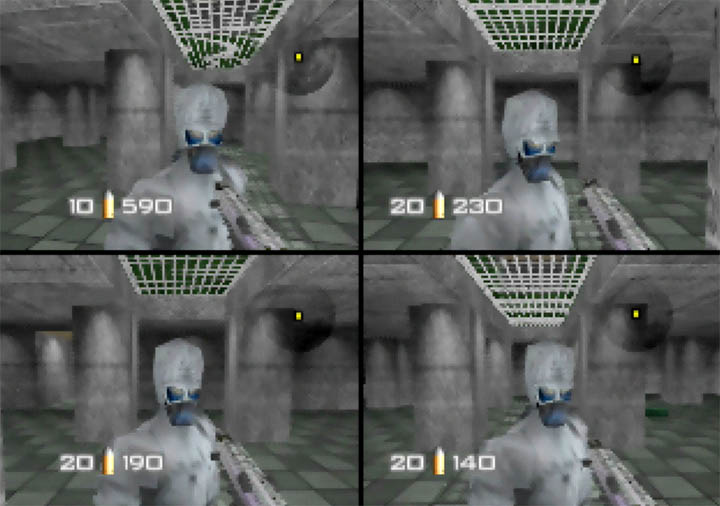 How can I play GoldenEye 007 Tournament Edition?

Head over to N64 Vault to download the GoldenEye 007 Tournament Edition patch.

You then need to apply it to a GoldenEye 007 ROM (presumably an NTSC version) by using Delta Patcher.

To play on an N64 console, you’ll need a flashcart such as an EverDrive 64. It’s also possible to play the mod on emulators.