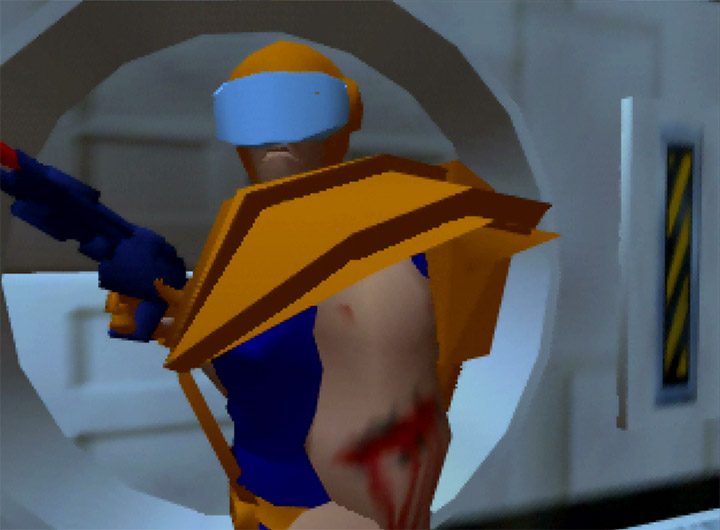 Body Harvest is an ambitious N64 game that suffered as a result of a very troubled development.

That might surprise you given it was made by DMA Design – now known as industry giant Rockstar North. 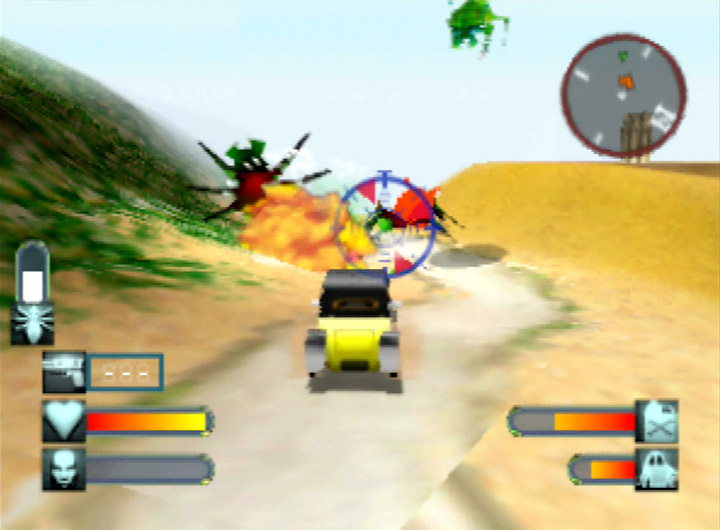 It’s a shame because there really isn’t anything else like Body Harvest in the N64’s software library. It’s got a novel gameplay concept, and its large open-world environments were advanced for the time.

At the same time, a number of issues plague the game. 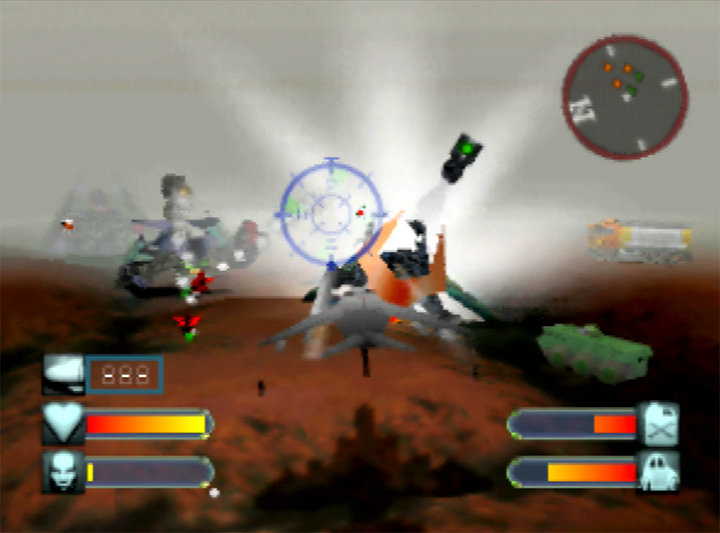 The controls are clunky. Awkward physics and object clipping make movement difficult. The frame rate is sluggish. And the save system is ungenerous to a brutal degree.

But if you can tolerate these problems, you may find an enthralling and exciting game underneath.

It’s the year 2016. The Earth lies in ruins. That’s because the world has been harvested to the brink of extinction by man-eating aliens over the past 100 years. 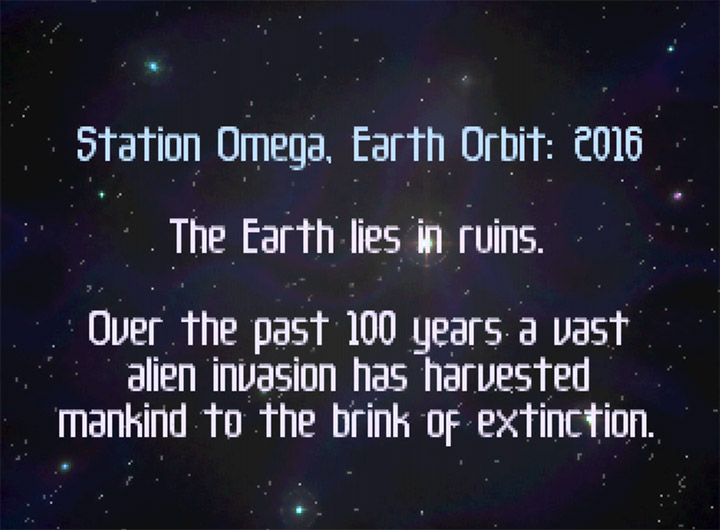 It’s up to you to travel back in time to key points in human history and thwart the bugs’ dinner plans. 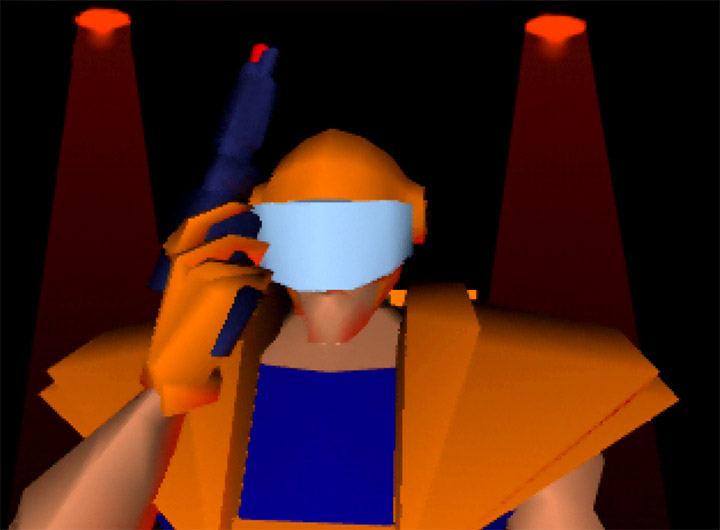 There are five locations, each of which is an open-world environment. That said, you can’t move quite as freely as that might suggest.

That’s because the aliens have divided up these locations into self-contained sections (stages) using impenetrable shield walls. 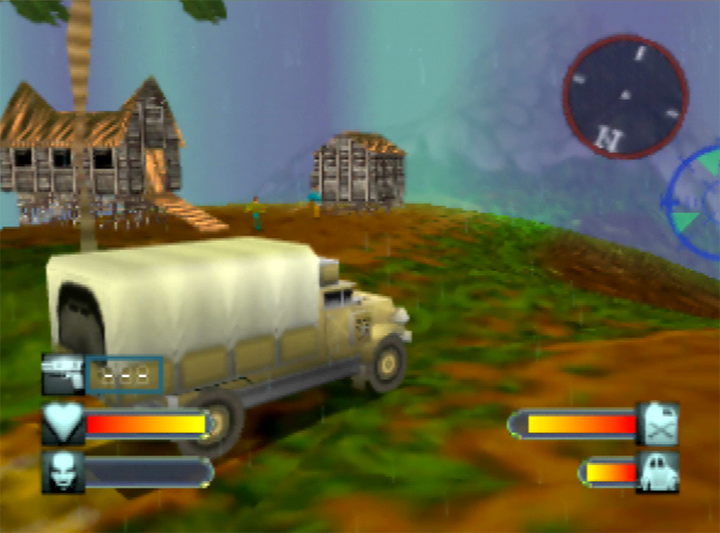 The only way to get from one area to the other is by destroying an alien processor. This is a mini-boss that appears at the end of each stage.

Once you defeat all of these, you then destroy the shield generator itself to free the area of the alien threat once and for all.

It’s not just the aliens who impede Adam’s progress. The terrain itself can be a blocker too.

As a result, you must use a variety of land, sea and air vehicles when travelling to get to where you need to be. 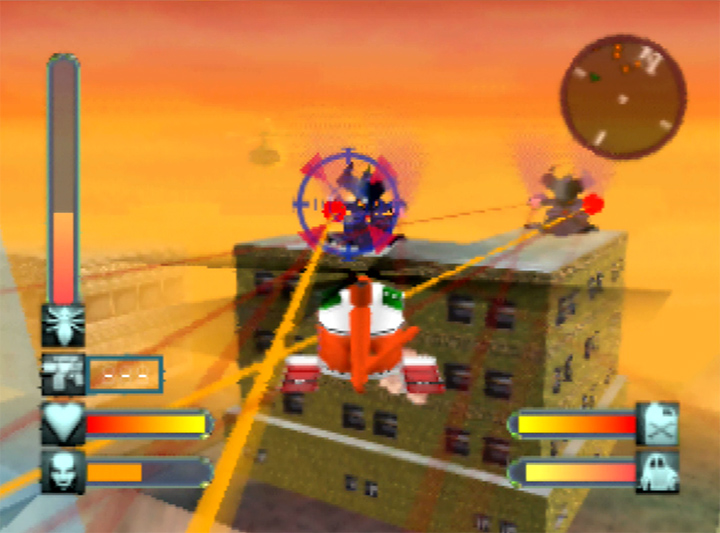 Being in a vehicle typically enables you travel faster, and speed is often of the essence in Body Harvest.

These vehicles are specific to the time period they appear in. It’s a neat touch that makes the time-travel theme feel a bit more authentic. 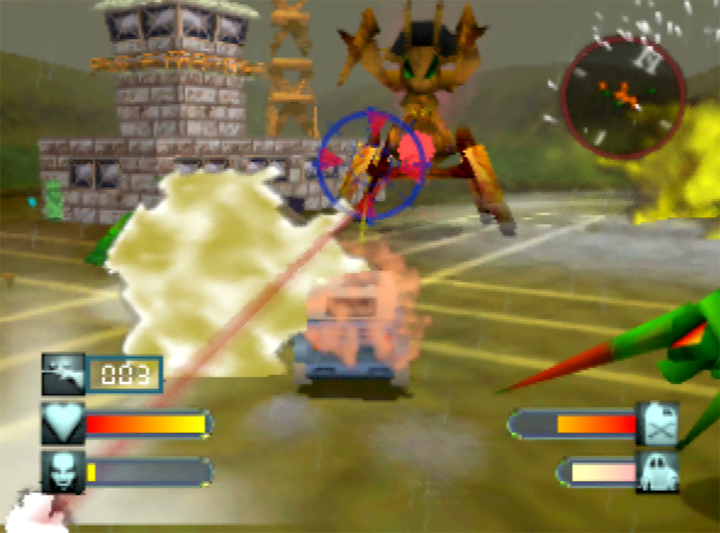 Vehicles provide other key benefits such as extra protection from enemies. That’s not to say Adam is completely helpless on foot. He can use a wide range of weapons, as well as roll to evade.

Nevertheless, it’s foolish not to use vehicles, especially in later stages when the enemies are considerably tougher.

Trying out all the different vehicles and finding the ideal one keeps things interesting. It also makes exploring the environments a potentially rewarding experience.

There’s more to Body Harvest than just destroying key alien targets. You also have to protect the local human population from being killed or harvested by the aliens.

The game will regularly task you with secondary objectives. These include saving people from impending natural disasters or attacks, as well as events known as harvester waves. 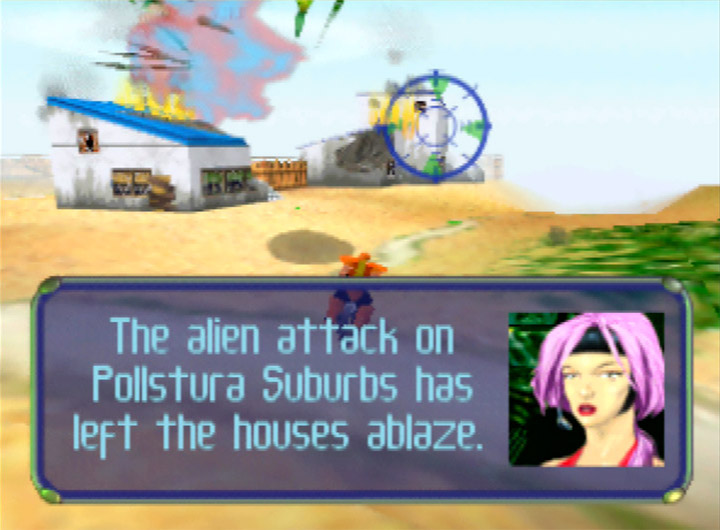 During a harvester wave, the bugs warp into towns and villages and specifically target the human population for dinner.

You really need to deal with the threat quickly. Lose too many humans during a single wave and a super-powered mutant alien will spawn. And it’ll relentlessly hunt you down until one of you is dead. 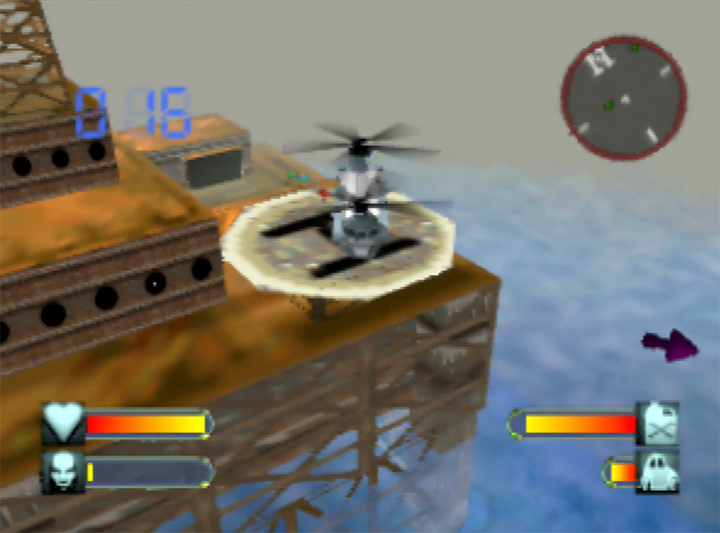 These frantic moments do a great job of injecting a lot of excitement and urgency into the game. It also adds variety to the gameplay, keeping the action interesting throughout.

The human death toll is tracked across all stages in a location via a meter on the HUD. So it’s especially important to keep on top of it in the earlier stages. 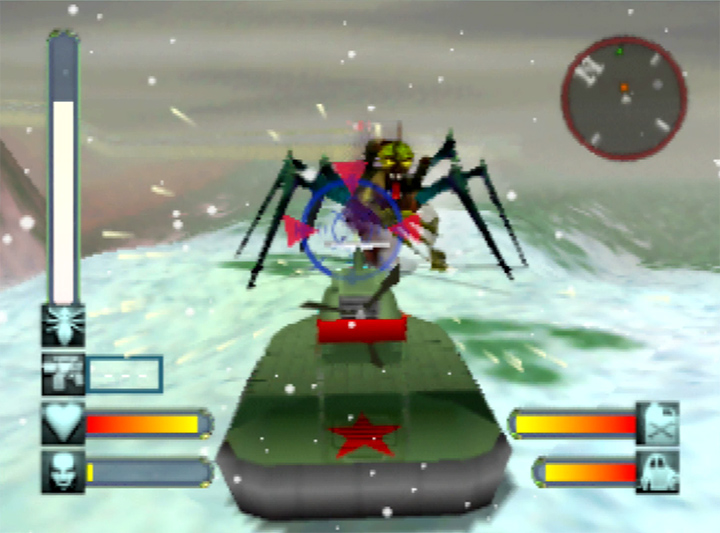 If it completely fills up before you destroy the shield generator, the aliens will automatically win. The apocalyptic lightning storm that subsequently ravages the land and instantly kills you makes that pretty clear.

The odds are really stacked against you, especially in the game’s later locations where the aliens are stronger and appear in greater numbers. 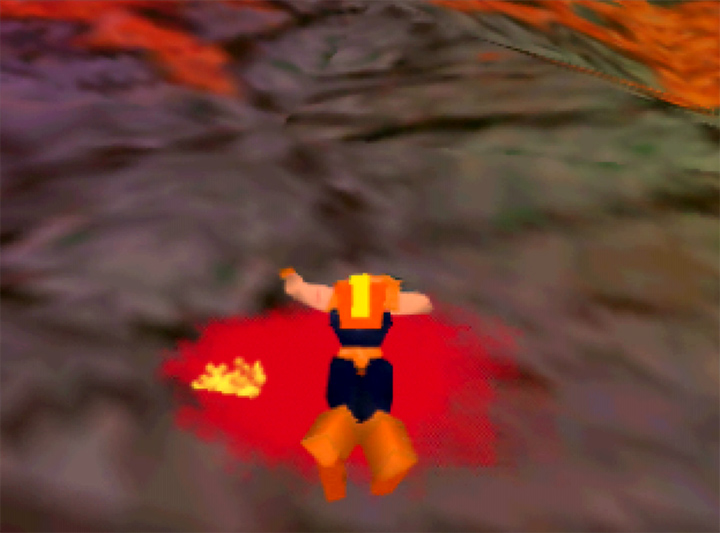 By the end, Body Harvest is pretty gruelling in terms of difficulty. Although that’s partly because the game’s technical problems often get in the way.

You can get through the entire game in about six to eight hours. However, even on the easy difficulty it’s challenging. So expect to die or fail at times.

There are also indoor segments, in which Adam can interact with plot characters, source supplies and solve light puzzles. 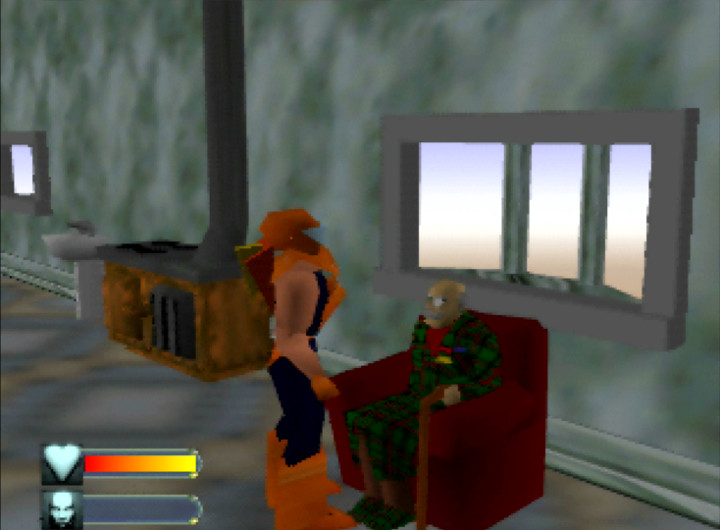 Despite its apocalyptic premise, the game doesn’t take itself too seriously. The game has a strong B-movie vibe that is punctuated throughout with numerous tongue-in-cheek pop culture references. 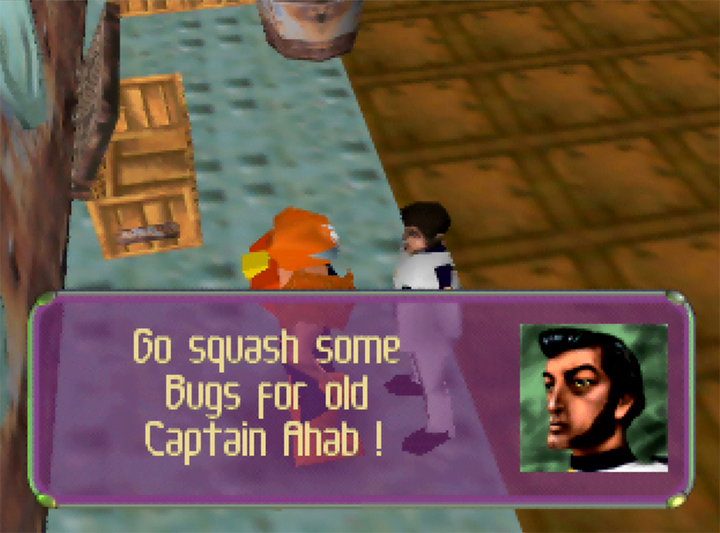 Even in 1998, the game looked dated. And it hasn’t gotten any better with age. 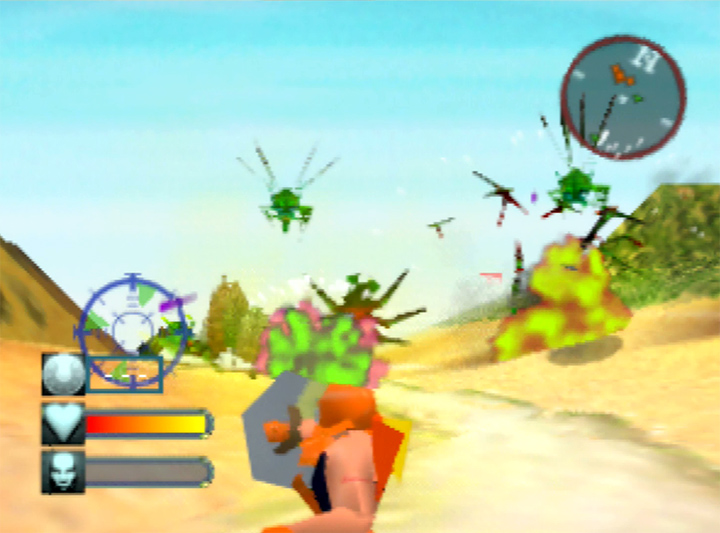 The character and vehicle models are simplistic and blocky. But a lot of effort has clearly gone into some of the detail.

For example, the way enemy bugs explode in gruesome glory when killed is pretty spectacular. 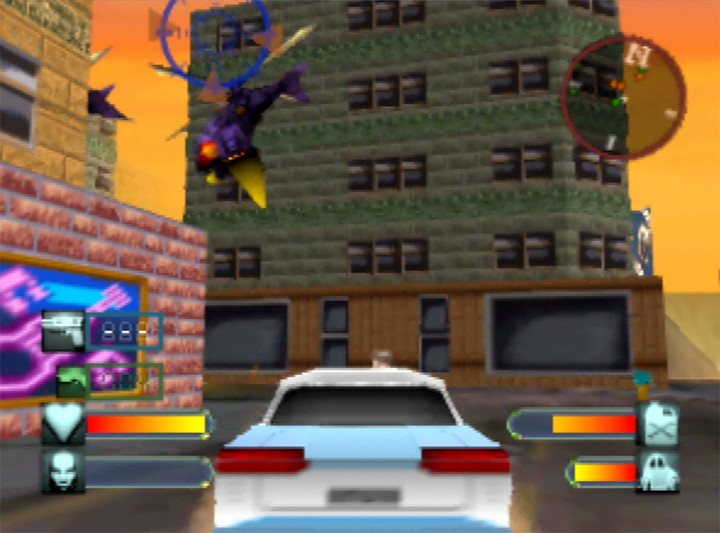 And while they’re sparse in terms of detail, the environments feel unique in their own right.

Java is home to treacherous mountain paths and lava fields. The America section starts in a bustling city before moving on to a vast desert region. 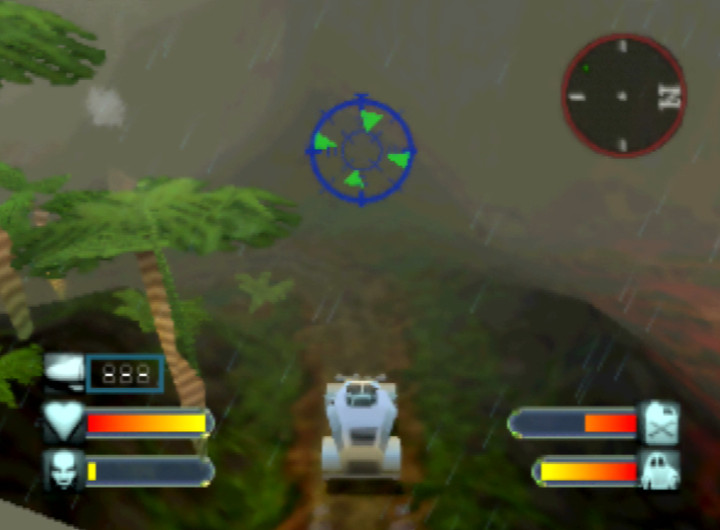 The atmosphere is different each time, which helps the game to hold your interest.

Despite sporting low-poly visuals, Body Harvest’s frame rate is still pretty sluggish. During more intense moments of on-screen action it can slow to a crawl. 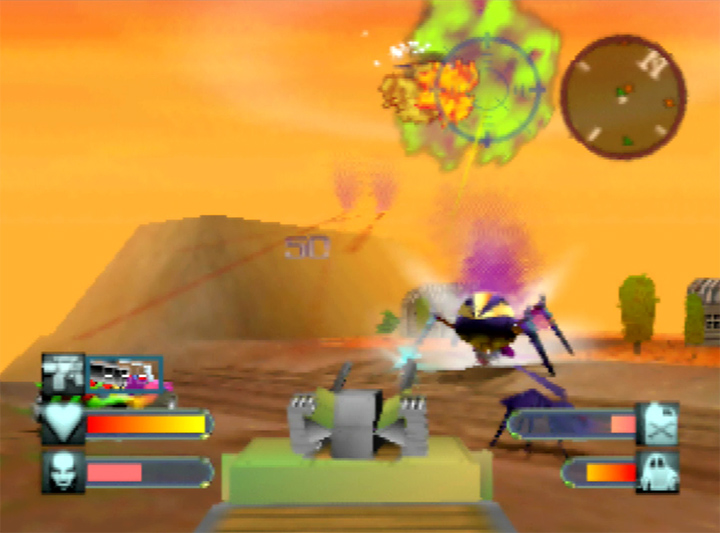 The good news is that Body Harvest’s controls feel responsive.

The problem is Adam’s movement. It feels unwieldy and lethargic to move him, unless you’re in a vehicle. 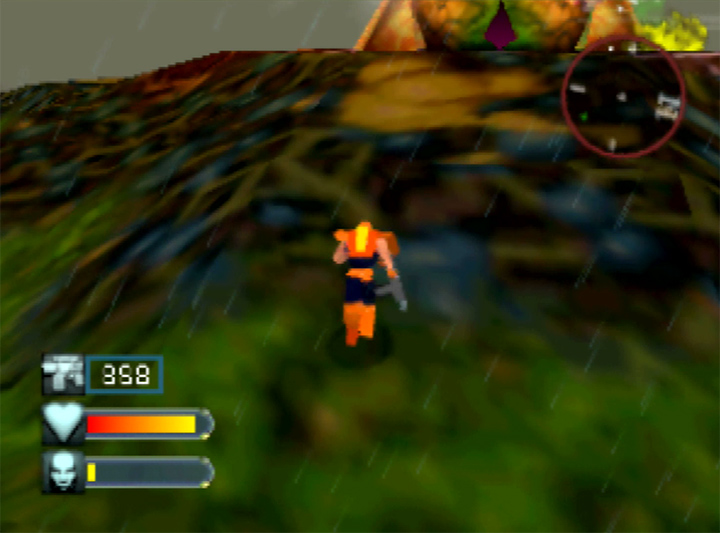 Then there’s the terrain itself, which seems unnecessarily difficult to traverse at times. In fact, exploring off the beaten path is often far too treacherous.

That’s because the way Adam interacts with the terrain is often unpredictable and inconsistent. In some instances you’ll walk up a small hill with ease. Other times you won’t be able to. 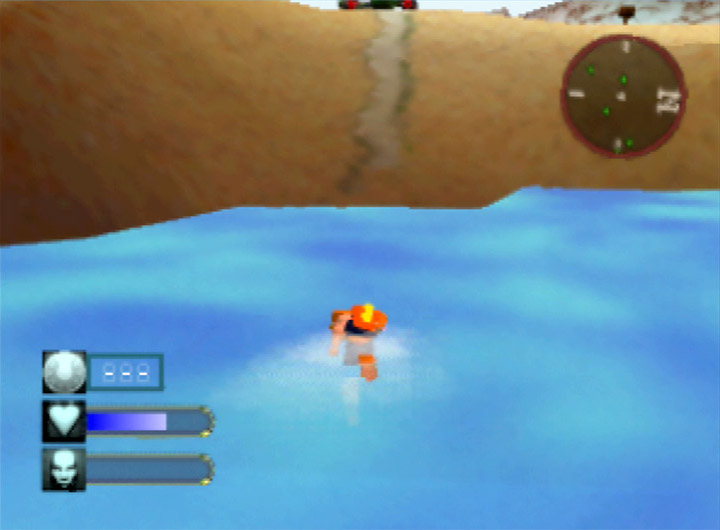 As a result, it’s all too easy to inadvertently slip off a cliff into a pool of water and die (Adam’s not very good at swimming).

If you’re lucky, you’ll just lose a bit of time. However, that’s not ideal when you need to deal with an active harvester wave or disaster event. 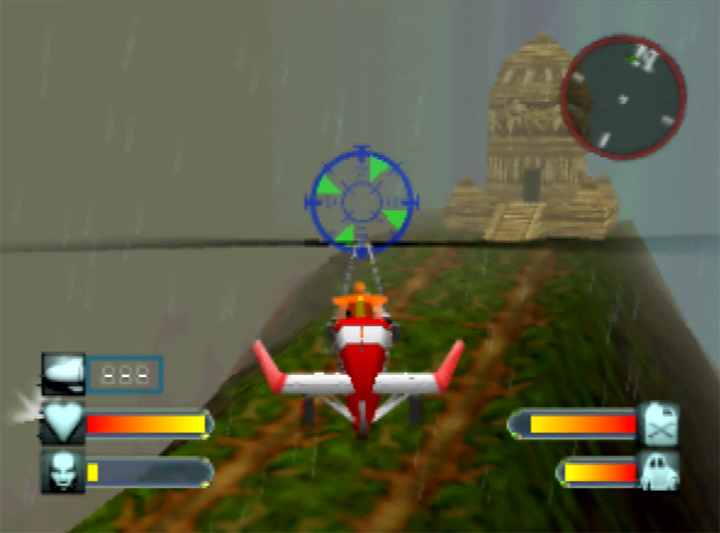 Disembarking from a vehicle also carries risks. Sometimes Adam jumps out and lands in an unexpected direction – not ideal when on thin paths.

All of these issues serve to make Body Harvest far more frustrating than it should be. 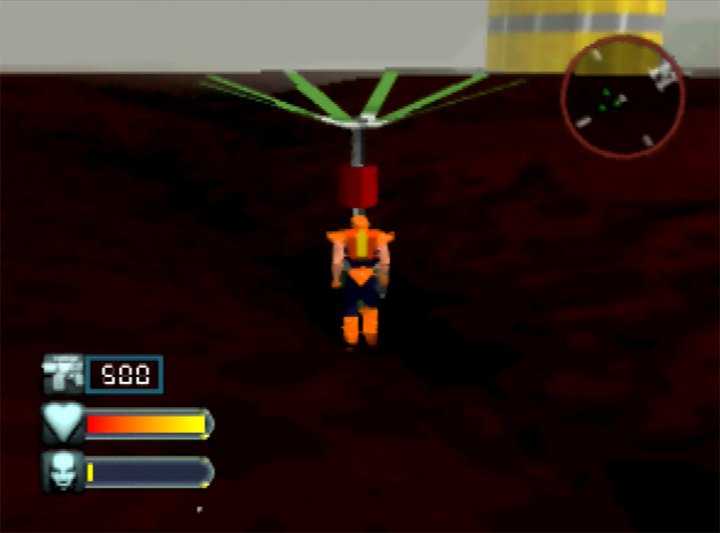 The state of saving

Body Harvest’s control issues wouldn’t be such a problem were it not for its remarkably ungenerous save system.

There’s no autosave function. You can only save your game when completing a stage. 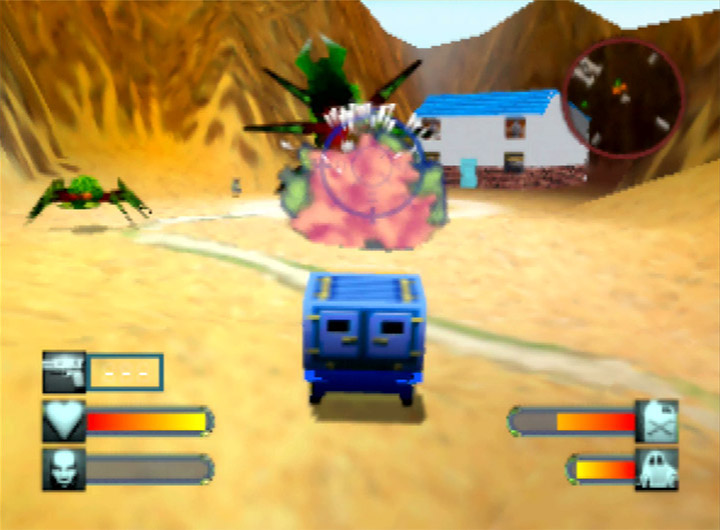 You can then save again, but only by returning to the beacon – and that’s not always feasible.

Some of these beacons are 45 or more minutes apart. And it only takes a moment of bad luck to instantly lose all that progress. 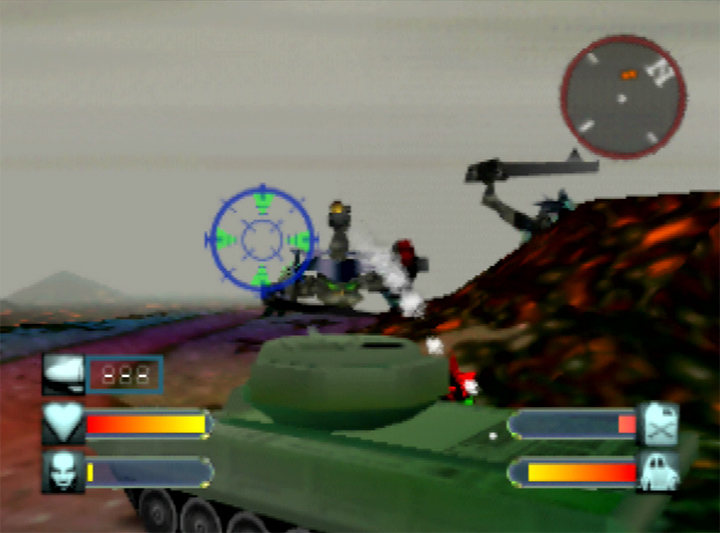 It’s worth getting the NTSC version of Body Harvest if you can.

Only the first three levels are playable in the easy mode in the PAL version, whereas this restriction doesn’t apply to the NTSC version. And the higher difficulty is pretty hard going. 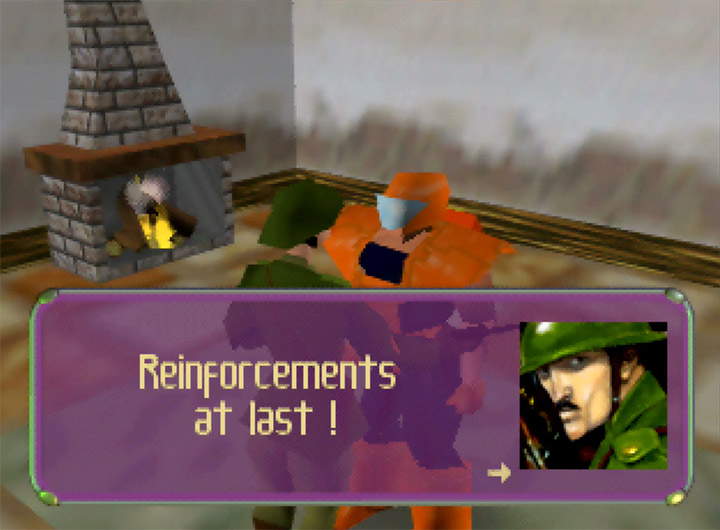 More importantly, the PAL version runs around 16% slower because it’s not optimised.

This only exacerbates the game’s sluggishness, which is saying a lot given the NTSC version is far from perfect. 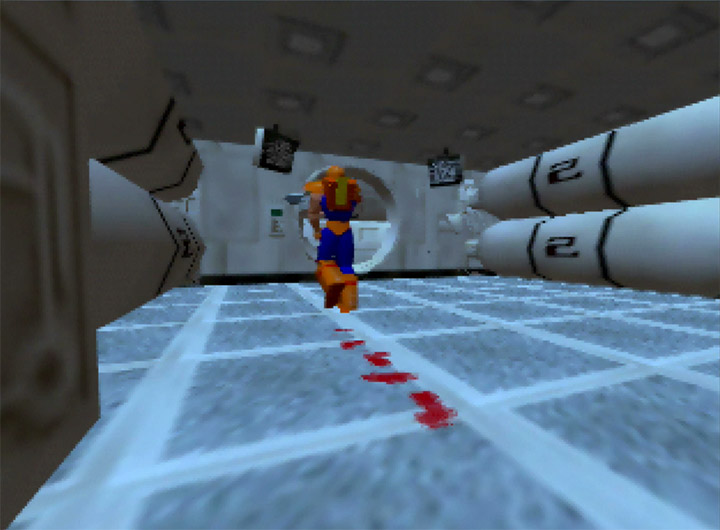 We can’t help but admire Body Harvest for its ambitious open-world design and unique gameplay offering. But its flaws are very apparent – even more so today.

The biggest issue is the game’s awkward terrain. It really hinders your movement, to the point where it can bring about your untimely demise.

If you can tolerate the poor frame rate, unforgiving save system and blocky visuals then at least give Body Harvest a go.

There’s nothing else quite like it on N64. And you may find that the charm and intense action underneath its ropy exterior are entertaining enough for you to see past the problems. 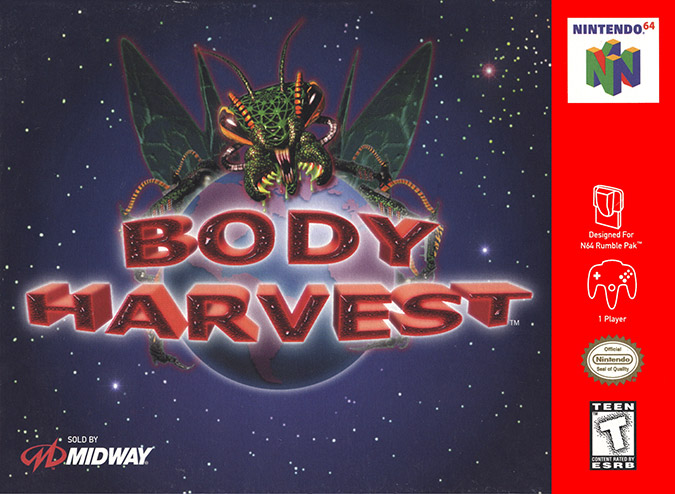