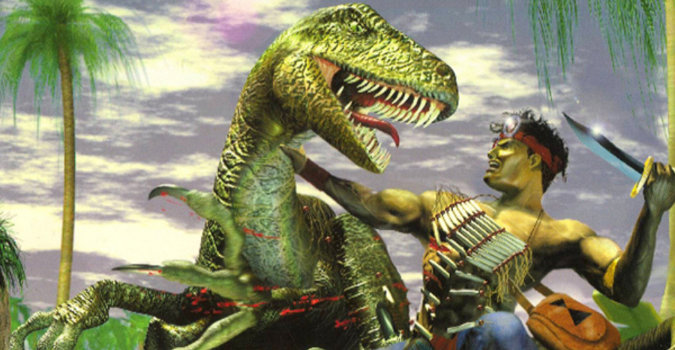 How Darren Mitchell became involved in the creation of one of the most significant N64 games can be traced back to a single, lucky moment in his life.

While teaching a few college courses during the mid-90s, he was approached by one of his students who gave him an ad from a local newspaper. Contained within it were the following fateful words: 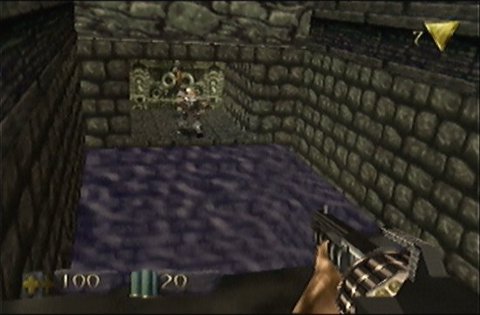 Had this student – who Darren identifies by the name of Greg – never shown him the ad then there’s a very good chance that he would’ve never worked on Turok: Dinosaur Hunter, nor even entered the games industry. “Thanks, Greg,” says Darren – and that’s a sentiment that’s no doubt felt by a lot of N64 fans who’ve enjoyed Darren’s work on the Turok series.

And it’s just as well Darren did receive that ad when he did: he joined Iguana Entertainment (later Acclaim Studios Austin) in 1995 – which back then was owned by publishing giant Acclaim Entertainment – around the time it was taking its first steps into games development for the N64.

Acclaim had been recruited into Nintendo’s exclusive “Dream Team” – a group of developers handpicked by Nintendo to deliver the first wave of N64 games. The decision was taken to create a first-person shooter game based in the Turok universe (an IP that Acclaim had acquired through its purchase of Valiant Comics), and Darren was assigned to the project as composer. 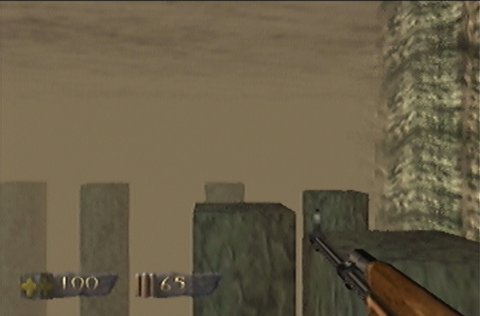 If you’ve played Turok: Dinosaur Hunter, you’ll no doubt remember the sound of tribal drums thumping along as you scour each of the game’s levels in search of keys, while gunning down velociraptors and armed guards along the way. “I remember being into Afro Celt Sound System at the time and listening to them often,” responds Darren when we ask him whether anything influenced the direction he took.

Another influence was, however, actually a technical limitation. “For whatever reason, we could not make the game engine recognize the loop points in the music samples I was using. I seem to remember going back and forth with programmers on this for a couple of weeks or so, and it just never worked. So I needed a solution (quickly) that would compensate for the problem.”

And the solution was drums, since they did not need loop points. Darren used several types of drum samples – toms, taikos, dumbek and so on – melodically throughout the game. “I also used a few instrument hits, one or two short synth hits, and a couple of really long samples for my melodic instruments and then just made sure the long samples had a long slow fade.” 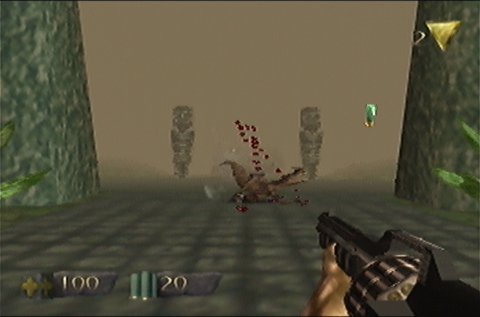 This was because the entirety of Turok: Dinosaur Hunter had to fit into a mere 8MB cartridge, and astonishingly, Darren was only given a meagre 300KB of that space for all of the game’s music. “I think I used 100KB for three or four samples just so everything wasn’t a drum sound. The other 200KB was drums, percussion, and a few voice effects. It was a challenge to write with primarily drums, but I think it came out all right.”

Despite the relatively small amount of storage space for music, the actual work process was typically very long and drawn out. In fact, Darren describes working on early N64 games as being nothing short of a nightmare.

Part of this was because there simply wasn’t much in the way of development tools. “Turok 2: Seeds of Evil and later games were much easier as we had created some in-house tools for the PC that were not available for Turok: Dinosaur Hunter,” Darren explains. “For the first game, we had to use Silicon Graphics Indigo desktop computers as that is the only platform the N64 tools from Nintendo would work on at that time. As you may recall, those SGI computers were very, very expensive so all of the audio guys had to share this one SGI computer that was set up in an empty office in between all of our offices.” 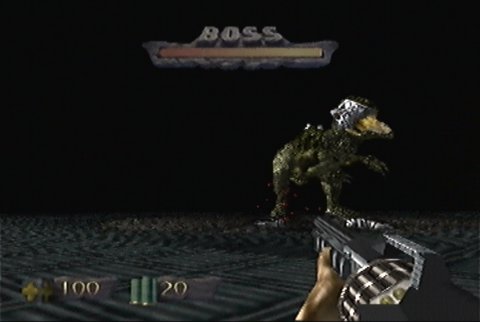 Darren and his colleagues, Mark Scheafgen and Randy Buck (who both worked on the game’s sound effects), would do all their own work in their respective offices, but in order to actually listen to the output they had to transfer their data to the SGI workstation, make a build on it, playtest it while taking notes, and then go back to their offices again to implement any changes. Even just adjusting a single volume controller would result in Darren having to go through the entire process all over again. “Needless to say, it was a pain and very time consuming,” admits Darren.

When asked if he would’ve done anything differently, Darren talks about a trade-off that’s rarely an issue today given that games consoles typically come with large hard drives and use high-capacity media. “Writing under those kinds of limitations is always difficult as it requires you to make a decision based on the technical limitations of the platform versus what you hear in your head or what would make more musical sense and sound more satisfying,” he explains. “However, those circumstances can also make you do things that you otherwise would not have done.” 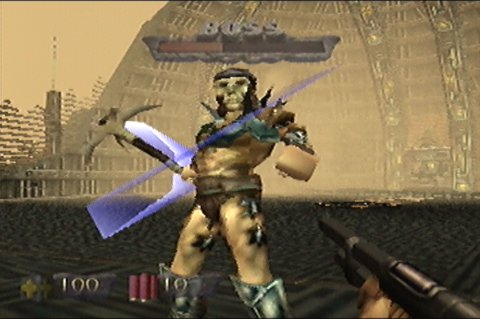 He draws a comparison between Turok: Dinosaur Hunter and its follow-up Turok 2: Seeds of Evil as a way of further explaining this. “Turok 1 had 300KB of space for music and no looping instruments; For Turok 2, I had 2MB and looping instruments. Turok 1 is 85% percussion; Turok 2 is 100% orchestral. I have often wondered what Turok 1 would have been like if I could have used looping sounds – would it have still been so percussive?”

It’s interesting to wonder what might have been. At the same time, these limitations haven’t stop N64 fans from returning to the original game countless times over the years, or even prevented them from enjoying Nightdive Studios’ remastered edition of the original game, which was released on PC in 2015 (and includes Darren’s original soundtrack). Darren didn’t actually know that the game had been re-released until we mentioned it, but he nevertheless finds it awesome. “I am absolutely thrilled and honored that I was able to write something that has meant so much to so many!” 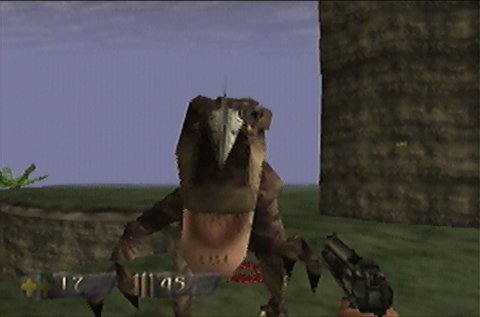 As our time with Darren draws to a close, he asks me to include one final message to end our interview on:

“I have been fortunate to work in this industry for over 20 years. During that time I have written tons of music, some good and some not, but all of it has been a blast! A big ‘thank you’ to all those who have written me with their kind words and support! It always means a lot to have one’s work appreciated!”

Want to find out more about Darren Mitchell’s work?