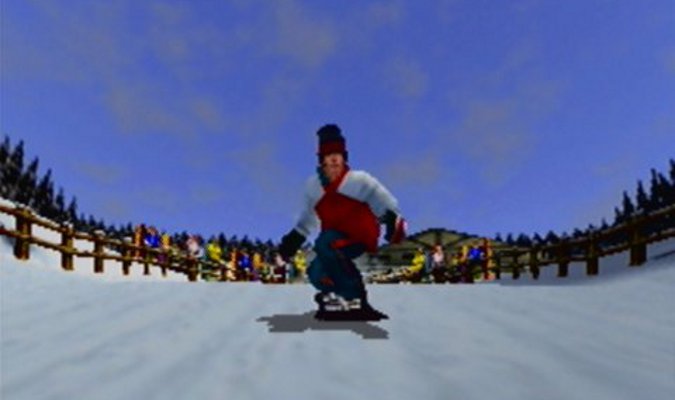 The advent of 3D gaming in the mid to late ‘90s opened up a number of new possibilities in game design. Game developers quickly realised how viable snowboarding games now were thanks to the realistic 3D environments and physics they could create. In total, there are five N64 snowboarding games, which is a sizeable number given N64’s software library only contains 387 titles.

All these N64 snowboarding games are quite different from one another, not to mention that one of them – 1080 Snowboarding, which was developed by Nintendo itself – was arguably the best snowboarding game of that generation of game systems. 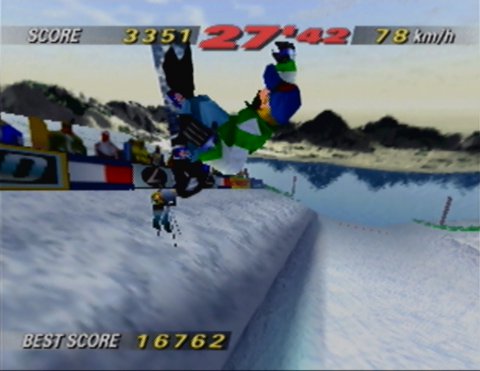 We’ve compiled a list below based on what these N64 snowboarding games have to offer. Whether you’re a hardcore gamer looking for challenge or realism, or someone who enjoys the funner, lighter side of gaming, there really is something for everyone here.

Do you have a favourite N64 snowboarding game? Let us know on Twitter.

If you want realism

1080 Snowboarding is leagues ahead of the rest when it comes to how it handles and looks. With lovely clean visuals and realistic board physics, it’s by the far the best snowboarding game on the N64. Controlling your boarder is a tad more complex than in other N64 snowboarding games, and if you don’t line-up your board when landing you’ll completely stack it. It takes some getting used to, but once you’ve mastered it you’ll feel a great sense of satisfaction. 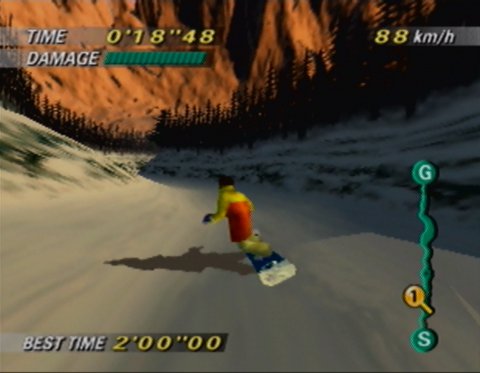 It’s also one of the most extensive snowboarding games on the system, featuring various race and trick modes, as well as a two-player head-to-head racing mode that runs ever so smoothly. It features Tommy Hilfiger- and Lamar-branded gear, giving it a nice extra authentic touch. We also think it’d be a great N64 game to remake for the Nintendo Switch.

If fun is your main priority

Snowboard Kids merges snowboarding with Mario Kart 64, resulting in a simpler game that makes use of power-ups. It has a lot of the same features as other snowboarding games, but it’s also much easier to control. You can choose different boards to suit you or your character’s playstyle, and even perform tricks – doing so earns you money, which you’ll need to pick up weapons. 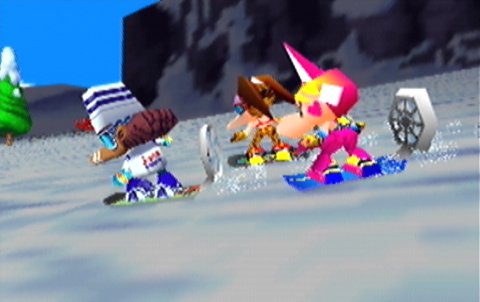 It’s also the only N64 snowboarding game – apart from its sequel – to feature a four-player mode. The cute visuals and upbeat soundtrack mean it’s also an excellent choice for younger or novice players.

What about Snowboard Kids 2?

Snowboard Kids received a sequel in 1999 that is very similar to the first game, albeit with some new gameplay mechanics. Snowboard Kids 2 does a better job of catering for the single player with its story mode, and its courses are certainly a lot more unorthodox. But it’s more iterative than innovative, meaning that it doesn’t feel a whole lot different to play. 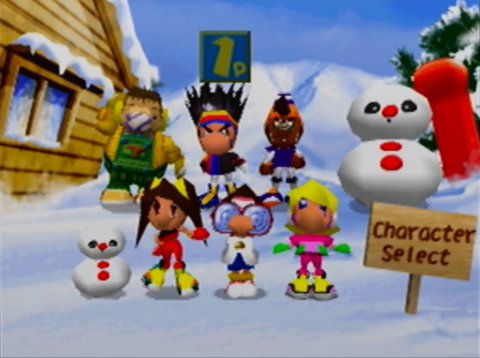 Neither game has a great number of race courses, so rather than choose one over the other, why not enjoy both? Be warned though: if you’re in Europe, you’ll struggle to find a copy of Snowboard Kids for a reasonable price, as the PAL version was only released in Australia.

What it lacks in the tricks department, Big Mountain 2000 makes up for with speed. This arcade-style racer is all about getting through the courses as quickly – and as safely – as possible. 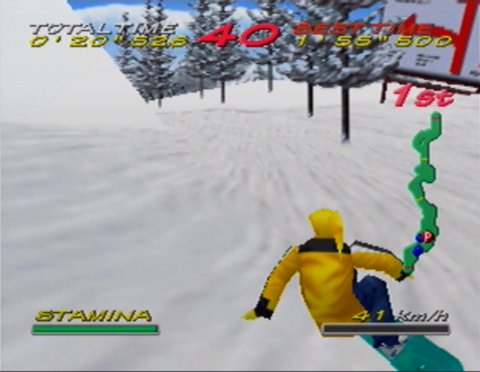 You have a stamina bar as you race, and while this is full you can crouch and pick up speed. However, hitting an obstacle or another racer (the latter of which are hard to avoid when they seem intent on crashing into you) depletes this bar, so careful cornering and paying attention to how fast you’re going are key.

There sadly aren’t many courses to choose from, but Big Mountain does feature multiple race types, including Slalom and Giant Slalom, where you have to race through flagged checkpoints along the course. It has a two-player mode too, which not only is fun, but gives you a welcome respite from the kamikaze AI racers. 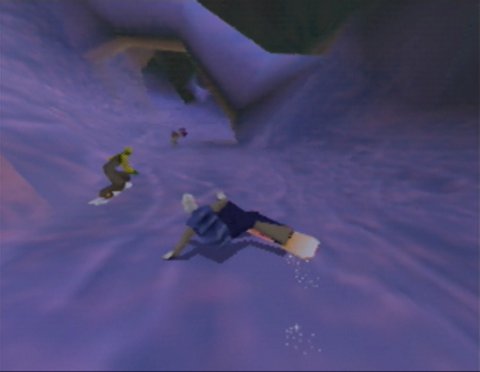 In fact, one could argue that Twisted Edge Extreme Snowboarding’s trick system is better; it’s a lot more intuitive, and the game’s floaty physics give you more than enough air time to pull off big combos.